I Was a Judge in the Kosher Chili Cook-Off

Eating heavily all weekend before judging a chili cook-off was probably poor foresight, but I arrived at the Dell Jewish Community Center raring to go, ready for some serious tasting. Hosted by Congregation Agudas Achim, the second annual Kosher Chili Cook-Off was packed when I arrived, crowded with families and chili lovers. As I approached the red-and-white striped tent, I realized that I grossly underestimated how many teams would be involved. I had imagined eight, maybe 10, entries but found tables housing each of the 22 – yes, 22 – competitors.

Their enthusiasm was clear – each brandishing a team name and signs – as they exhibited their showmanship with aprons, chefs' hats, and costumes. Cheering came intermittently from the Texas Rollergirls' booth, while a guitar snarled from the stage, played impressively by local musician Carson Alexander and his band. Energy levels were high, and the weather was gorgeous.

After wandering around for a few minutes and following a pit stop at the beer booth, I checked in at the judges' table and took my place among an illustrious assembly of community leaders: Marilyn Scher, cooking teacher and Jewish Outlook columnist; Julia Brooks, president of the Texas Culinary Academy; Jeff Weinberger, owner of Jeffrey's and Shoreline Grill; and Don Harvey, drummer of Ian McLagan's band. We quickly established a camaraderie and settled in as contestants and attendees eyed us curiously.

Each entry was judged on color, aroma, consistency, taste, and aftertaste. Beyond the common requirement of kashrut (prepared following Jewish dietary laws), the entries varied widely in their respective veggie, turkey, and beef categories. Beans, couscous, carrots, nondairy sour cream, raisins, and chopped hazelnuts all made their way into some of the flavor combinations. Some spoonfuls were redolent of cumin, while others were sweetened with molasses and honey. All the recipes demonstrated creativity and innovation, but clear winners emerged in each of the three categories. Winning the vegetarian category was Sarah Blatt of the Red Hot Daveners; in the turkey category, a cooking team from the Austin Jewish Academy; and in the beef category (my personal favorite), Jeff Josephs and Mike Abkowitz with their creation of Happy Birthday Chili. It happened to be Mike's birthday, so it was only fitting that he was a winner!

More than 500 people attended this year's event, and the proceeds go to support family programming at Congregation Agudas Achim. For more information on the Jewish Community Association of Austin, see www.jcaaonline.org. 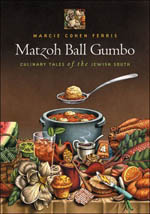