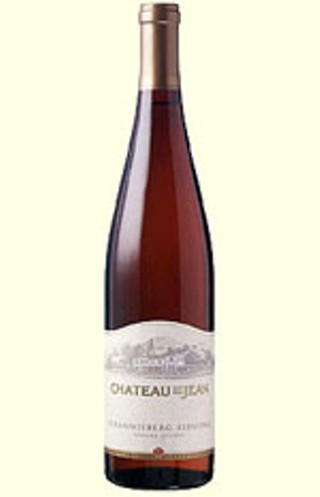 It was a hot summer afternoon, and I was at a picnic at a friend's home just outside of Fredericksburg. Due to an odd confluence of events, there just happened to be three French winemakers also in attendance. There were about 50 American wines on a table for tasting, and I thought it might be fun for the four of us to taste through the whole bunch and see if we could come up with a consensus of the best red and white wines on the table.

This was not a scientific taste, because all of the wine labels were visible. However, only one of the winemakers had extensive experience with America's West Coast wines, so most of the wines were new to them. We argued about which we thought to be the best, giving specific reasons, jousting over the minutiae of each wine until we decided our favorites. The 50 wines averaged about $15, with a few under $10 and several over $25. Almost all were from California, with a few from Texas and Washington. Most of the wines were from major labels.

And the winners are:

Chateau St. Jean's 2004 Johannisberg Riesling Sonoma County ($15): None of us are big fans of California Riesling, so this was a big surprise. All four of us prefer either the austerity of an Alsatian Riesling or the apply fruit-forward style of German Mosel Rieslings. The Chateau St. Jean wine had apple and peach aromas that you could smell from 5 feet away along with just a touch of sweetness to go along with its nice, citrusy, acidic kick. We shamelessly hid the bottle and finished it ourselves.

Kendall-Jackson's 2002 Vintner's Reserve Syrah ($12): KJ wowed the world with its off-dry Vintner's Reserve Chardonnay, selling pallets of the stuff in restaurants and grocery stores around the U.S. While it made Jess Jackson a billionaire, he wanted something money couldn't buy: respect. This Syrah is a perfect example of where they are going, filled with big black fruit flavors (cherry, berry, and currant) and just enough of the grape's cranky natural aromas (black pepper, leather, and tar) to make you take a second whiff to analyze why you like it so much.

Both wines are available virtually anyplace that sells fine wine.