An ambitious menu, and it all works The first I heard of Restaurant Jezebel was from other wine lovers. Since the restaurant didn't yet have a liquor license, they were letting people bring their own wines and they weren't even charging a corkage fee. Since it's easy to spend more on libations than food at most Austin restaurants, the chance to tote our own – especially for free – was a good enough reason to try the place out.

We arrived on a Friday night at 8pm, and only a few of the tables were occupied. Still, they asked whether we had reservations, then escorted us to our table. Restaurant Jezebel has a look that juxtaposes an old warehouse with an art gallery. Pockmarked cement walls are covered with pastels, acrylics, oils, and watercolors of nudes. Bossa nova music from co-owner Débora Vora's Brazilian homeland floats in the background.

The service was dignified but gracious and friendly. All staff speak at least one language other than English. Women are offered a stand for their purse, so it won't have to touch the ground. When they set your service or change your place setting, they wear white gloves. Their plates are all unique pottery designs aimed at showcasing each dish. Even though they currently aren't charging a corkage fee, they still deliver spotless high-end crystal wine glasses. With all of this formality, you might expect a bit of stiffness, but such was never the case. The civility and precision reminded me of a fine-dining restaurant in Japan.

The menu was overwhelming, not so much in its size, but in the fact that so many items sounded scrumptious. We spent 30 minutes just trying to decide what to order. Another measure of the fine service: We never felt under pressure to turn the table.

For appetizers, we tried Fresh Peekie Toe Crab Cake With Roasted Garlic and Sweet Red Pepper Cream ($11.95), a light, crispy cake made almost solely from crabmeat and a delicate cream sauce. The Warm Salad of Maine Diver Scallops With Sautéed Green Beans and Raspberry Coulis ($17.95) featured three huge, subtly flavored scallops and some lovely haricots verts. The Seared Foie Gras With Sweet Thai Chili Glaze ($24.95) was the best of the starters. Two huge pieces of foie gras, crisp on the outside and tender on the inside, melted in our mouths, leaving just a hint of heat as an afterthought. Chef Parind Vora's Indian heritage showed in the sophisticated flavor palette and refined touch with spices.

For the main course, I had rare Pan-Seared Blue Marlin With Roasted Black Mission Figs, Fleur de Sel, and Chipotle and Lobster Oil ($30.95). The smoky chipotle flavor accented the sweetness of the figs, and just a touch of fig with fish was delicious. My wife ordered Dark French Chocolate and Dried Spice Crusted Atlantic Salmon With Garlic and Caper Infused Olive Oil ($26.95). The salmon had a crispy outside with dots of chocolate covering the top. The flavor combination was definitely for the adventurous eater but worth a try.

By about 10pm, we understood why they had asked for our reservations. The place was full and stayed that way until we left at midnight. During a momentary downtime, the chef walked out and visited each table, congenially discussing the food and making everyone feel at home. I was glad to hear him say, "If I'm not here, the restaurant isn't open!" Food this complex requires the boss to be present.

We waited for our check to arrive and finally asked for it. The fact that we had to ask for it is their policy, another indicator of their graciousness. Chef Vora wants you to feel comfortable staying as long as you like.

We returned the following Friday (the weekend of the Ohio State game), and things were a little less relaxed. Two tables with 12 diners each, a crowd of 10 without reservations wanting to get in, and a rather noisy clientele all added up to a test of the staff's graciousness.

We started with Tempura of Medjool Dates, Stuffed With Foie Gras and a Passion Fruit Aioli ($10.95), which was about a dozen delicately fried dates with melting foie gras inside. Carpaccio of Fresh Figs, Roasted Heirloom Tomatoes With a Tarragon-Yoghurt Sauce ($8.95) featured razor-thin slices of fig, which perfectly accented the acids in the tomatoes. Sautéed French Helix Escargot With Crushed Red Pepper & Baby Shrimp ($9.95) came in a dense balsamic vinegar sauce. The only off-note was the Warm Salad of Maine Diver Scallops With an Intense Herb Sauce and Fried Leeks ($16.95), which was cooked just right but oversalted.

For a main course, I chose a Roasted One-Half Boneless Organic Chicken Stuffed With Foie Gras, Figs and Smoked Pork Sausage in a Roasted Garlic-Balsamic Pan Jus ($30.95). The crispy-skinned chicken was fork-tender with the stuffings accentuating the chicken flavor instead of overpowering it. The Colorado Lamb Shank With Spiced Sweet Potatoes and Pomegranate-Tamarind Glaze ($29.95) was as tender as could be, with a lovely acidity in the sauce to counterbalance the richness of the lamb.

Restaurant Jezebel is hitting almost every note. The menu is ambitious, with combinations of flavors that I've never seen anywhere in the world. And the creativity is more than eclecticism for its own sake. It all works. The prices are at the upper end of Austin dining but so is the originality and service. Given the free corkage, which is supposed to continue at least until mid-November, the meal is a bargain. Even at the toughest time for the kitchen and staff, everyone was unfailingly pleasant and treated the diners as royalty. I have no doubt they'll get to the point where they can better handle huge crowds. Once word gets around, they'll have to. 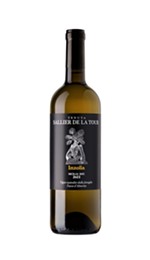