It's Mexico vs. Cuba, tequila vs. rum, mix vs. muddle, in the battle for lime-infused-libation-sensation supremacy in the Lone Star State 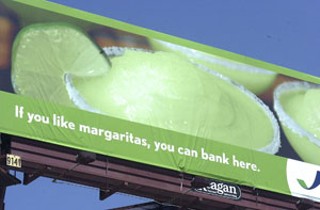 The unofficial libation of Texas is debatable: For decades, one could confidently claim that beer was the beverage of choice. Cronies pull on longnecks in bars, on stoops, in homes. On beaches or lakefronts, cans are iced in coolers. Tubing often calls for a flotation device for the keg. And college life is punctuated by the kegger. Beer is friendly, accessible, the great equalizer. Even if the brew is a fancy-pants micro variety, it's still just beer, man. Beer. No big thing, unintimidating.

But the margarita may have replaced beer as the national (in our minds, we're still a country unto ourselves) drink of Texas. A margarita ups the ante in terms of fun and frivolity. You can knock back a beer and still mow the grass or conduct other mundane tasks. Imbibing margaritas says, "The party is on." It's practically a requirement with chips and salsa, as restaurants possessing only a beer-and-wine license can attest to; wine-based versions are often offered to satisfy the need for the frosty lime concoction to accompany a Mexican menu. A billboard for a local credit union with liberal membership rules claims, "If you like margaritas, you can bank here." A Texas wedding practically requires a margarita machine, and a party that has a margarita machine churning away announces its bacchanal intentions. Classically, a margarita consists of fresh lime juice, tequila, and an orange liqueur (triple sec, Grand Marnier, Cointreau, etc.). The perishable nature of lime juice and the sweet tooth of many imbibers quickly lead to the use of the dreaded sweet-and-sour mix in many a margarita. Even in Texas! There are more than a few bars where the drink bears more resemblance to a boozy slushy than a genuine margarita. Still, we slurp 'em up.

As one might expect of a cocktail popular enough to inspire a Jimmy Buffett anthem and, more recently, a local contest for the best restaurant/bar version in town, the exact origin of the cocktail is unknown, but it clearly has a Mexican heritage and dates from the 1930s or thereabouts. There are common factors in the multiple versions: It happened accidentally, and it was named for a dame. In early recipes, ratios of the tequila, triple sec, and lime juice vary: 1-to-1-to-1 (equal parts tequila, triple sec, and lime juice) to 3-to-1-to-1. The former would yield a relatively mild and sweetish drink; the latter would undoubtedly create a libation too sour and too powerful for current American tastes. Well, too sour, anyway. At Güero's Taco Bar, recognized by purists as a source of authentic, hand-shaken margaritas, the ratio is 2-to-1-to-1. The result is a tangy, potent, and refreshing beverage with just enough sweet to make the drink easy on the taste buds.

Hand-shaken drinks ensure a consistent and fresh drink, and when there's a crowd to serve, they also ensure a wait (or scores of bartenders). That's why blenders have become prevalent in the preparation of the drink. A half a dozen or more of the drinks can be whipped up at once. The resulting beverage is a direct correlation to the muscle of the machine. It could result in a Dairy Queen-smooth concoction, or it could serve up a lumpy drink studded with stubborn cubes that refuse to reduce. 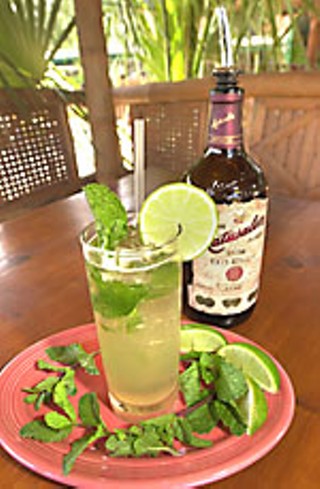 At a legendary local party held years ago, this problem was solved by the cunning hosts who mixed up a 5-gallon batch following the 2-to-1-to-1 ratio (2 gallons tequila, 1 gallon triple sec, and 1 gallon fresh lime juice) in a 5-gallon water cooler. While we're sure the dispenser was never suitable for sober use again (although our memory of the event is admittedly hazy), it made for a fine party tool.

A more mainstream solution to this problem was solved in May 1971 with the invention of the frozen-margarita machine in Dallas by restaurateur Mariano Martinez. Inspired by soft-serve machines, Martinez modified the machine (and reputedly the recipe, adding sugar to ensure consistency of texture), and a party classic was born. Its place in American history was official when the Smithsonian National Museum of American History acquired the world's first frozen-margarita machine in 2005. The gizmo allowed ample volume, a consistent beverage, and liberties with the recipe: Strawberry, mango, blue, prickly pear, pomegranate, banana, and other fruity-tooty takes on the traditionally tart drink abound.

Accepting, nay, demanding, margaritas on every menu has become de rigueur, but the libation list has recently included another lime beverage: the mojito. It's hardly a new drink; its roots are generally traced to 1930s Cuba, where apparently all things hedonistic flourished. It's a drink as tropically influenced as the margarita and consists of lime juice, mint, sweetener, club soda, and the Cuban liquor of choice: rum. Like its Mexican cousin, the mojito is refreshingly citrusy and slightly sweet. The fresh mint cools the taste buds, too, and the soda topper makes it all too easy to down. So why has it become not only fashionable but also ubiquitous? Why aren't daiquiris, another lime-and-rum concoction, touted on billboards, in movies, in bars? And which drink is slated to become the beverage king in restaurants and bars throughout the Lone Star State?

Trends are elusive to predict and track; nailing them down can kill them, like pinning butterflies to a corkboard. Still, we are constantly on the lookout for them. Cosmos are out, and, really, they were strictly a chick drink anyway and never sought or threatened to become a staple. Prosecco is hot (though served cold), as is rosé wine, which would have been unthinkable just 10 or 20 years ago when rosé equaled Mateus or other similarly sweet wines. But neither of these have the party-drink reputation of the mojito. James Bond opted to forgo his signature martini for a mojito in Die Another Day. The drink's street cred was upped thanks to its inclusion in the actioner Bad Boys II. It has been referenced on The OC. And in the big-screen version of Miami Vice, Colin Farrell's Sonny Crockett heads to Cuba in search of the best mojito. Trendy indeed. When mojitos are spotted on the bar menu at Baby Acapulco and on Bacardi billboards around town, it's evidence that the drink has fully entered the cocktail lexicon.

With its popularity comes the inevitable bastardization of the drink. Just as ordering a margarita is as likely to get you a glass of tequila-spiked chemicals as it is a freshly squeezed lime juice drink, requesting a mojito can result in a beverage that bears more resemblance to Kool-Aid than a drink worth journeying to Cuba. Note the bartender: Does the term muddle make her or him appear confused? Is fresh mint on hand? Are fresh limes in abundance? Then, look around at the clientele: If the preponderance of drinks appears to be red or pink or blue, this bar probably isn't the best bet for a quality mojito. Or for a margarita, for that matter.

At Habana, Saba Blue Water Cafe, Cuba Libre, Doña Emilia's, and probably others, the mojito is now the No. 1 requested cocktail. We've had top-notch versions at Starlite and the Brown Bar, too, where it looked like a fair number of patrons were likewise indulging. If this was Florida, that wouldn't be at all surprising, but this is Texas! Margaritaville, one might say. At all of these establishments, bartenders take the time to mix up the drink fresh and correctly. It's not a difficult or an especially labor-intensive endeavor, but it's considerably trickier than a bourbon and Coke.

We don't claim to be connoisseurs of rum, but in our experience, the best bet is to stick to a decent white rum for the cocktail. This is not the time for a golden-hued liquor or 151 or, God forbid, spiced rum. The subtlety of fine, aged rums are lost in this flavorful mixture, so don't bother with the additional expenditure. We find the same to be true in a margarita, too: Decent white tequila makes an outstanding finished product, and a rare sipping tequila is as lost as Courvoisier is in Coke.

It's possible that the popularity of the mojito could be as short-lived as that of the Harvey Wallbanger. It could just as easily find itself a permanent fixture alongside the margarita. And, really, one doesn't have to choose. Texas is a big state with big summers and lots of opportunities to knock back a beverage. There will always be a right time for an icy, salty margarita or a minty, cool mojito. Or even a beer, for that matter. Cheers.