Southern identity centers on the traditions of cooking and, coincidentally, so does Jewish culture. So how were Southern Jews to exist without isolating themselves in a world where pork barbecue and crawfish étoufée were such strong regional traditions? Matzoh Ball Gumbo explores the fusion of the two cultures, and Marcie Cohen Ferris traces the story of the Jewish immigrants in the South from larger urban centers like Savannah and Atlanta to more rural areas like the Mississippi Delta. The book is more American-Jewish history than cookbook, but it tells a fascinating story of immigration, acculturation, and assimilation: a pattern found in every ethnic and cultural group that make up this country.

Traditional Jewish dietary laws forbid many of the staples of Southern cuisine, but in the 19th-century world of slave culture and Jim Crow, Jews in the South struggled with the stigma of being outsiders. The solution was to blend the two cuisines and eventually bend the rules with concepts like "kosher-style." This allowed budding Jewish congregations in Southern towns to throw shrimp-boil fundraisers and join friends at Corky's BBQ. Ferris also explores the role of African-Americans in the Jewish cooking traditions, because they often worked as cooks in synagogues and homes. Their relationship with Jewish families and communities influenced cooking methods and ingredients. Understandably, many of those African-American domestic workers took recipes for chopped liver and stewed meats home with them at the end of the day. (Two African-American cooks at a Jewish summer camp in Utica, Miss., make the best noodle kugel I've ever tasted. It was a pleasant surprise to find the camp described in the book.)

Southern Judaism evolved through its cooking traditions, creating a new culture. Those who grew up as Jews in the South, whether in large or small populations, have a strong identity not just as Jews or Southerners, but as Southern Jews. Recipes such as Mimah's Cheescake, Mississippi Macaroons, and Creole Matzoh Balls, combined with photos and Ferris' accounts of individuals' family memories, define an experience that many have never been able to put into words. Matzoh Ball Gumbo is a book to savor and to share. 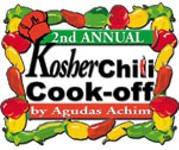