Suzi Yi took a brave step entering the fray of Asian restaurants in the West Lake-Rollingwood area. Has she been rewarded? 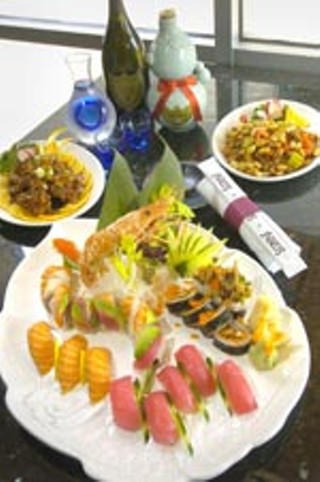 Suzi Yi took a brave step entering the fray of Asian restaurants in the West Lake-Rollingwood area. First, she picked an area that has seen countless other Asian eateries come and go nearly as often as the stock market has rumbled up and down. Then she picked a spot up on a hill and a little hard to find. Then, to show her courage, she planted her restaurant close to the perennial favorite Bistro 88, firing a canon shot over chef Jeff Liu's celebrated restaurant. Her reward for taking these risks has been brisk business and an already loyal clientele.

Inside, the restaurant is cool and modern with a clean and efficient feel and an emphasis on quick service. Don't go expecting white tablecloths and a quiet corner to while away a romantic evening. Suzi's bustles with cheery energy. The service, as in all of Suzi's restaurants, is friendly. The menus are quite extensive and offer inventive fusion food leaning toward Americanized dishes.

Our next order was Suzi's Chicken Lettuce Wrap ($5.95), an appetizer worthy of a full meal. On one plate, you get a half head of iceberg lettuce, and on the other, a delicious concoction of diced chicken in a spicy brown sauce. Take a leaf of lettuce, dab a few spoonfuls of chicken in the middle and roll it up like a taco. Delicious. One serving makes about six of these rolls, so it's plenty of food for the money. A bowl of Won Ton Soup came with our meal, and it, too, was huge, with two big won tons stuffed with mushrooms, chicken, shrimp, and pork, sitting in a deliciously simple bowl of chicken stock. The Egg Drop Soup, which also came with the meal, was a good example of the care taken in the kitchen. Instead of the usual gloppy and bland soup you get at most Chinese restaurants, Suzi's had distinct flavors and a silky texture.

The main courses were ample servings, as well. Kung Pao Chicken ($6.50) was hot and spicy with tender chicken and a large number of crispy peanuts. The crunchy textures of the vegetables and peanuts and the silky sauce were delicious. We also tried the Beef With Broccoli ($6.75), which featured thin slices of what tasted like beef tenderloin and crispy broccoli in a savory brown sauce. Both dishes are classic Chinese restaurant fare for Americans, and we've all had mediocre versions. Suzi's food excelled in being fresh and crisp and having distinct flavors and textures.

Yi's foray into West Lake is daring, but she brings good food, a clean and modern look, reasonable prices, friendly service, and years of proven skill in keeping Austin diners happy. I think her China Grill on Bee Caves Road will be another winner. 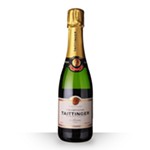