Starting in the Seventies with an old house and old equipment, Sweetish Hill soon baked its way into Austin lore

Though their recollections vary slightly as to exactly when and where they decided to call their new venture "Sweetish Hill Bakery," longtime friends Patricia Bauer-Slate and Tom Neuhaus are sure about a couple of things: They considered calling the new business Neuhaus-Bauer but decided that sounded too much like a funeral parlor or a law firm, and copious quantities of wine were involved in the decision. The brand-new bakery was located in a substantial 1915 Victorian-era house built for a Swede named Carl Berkman in a near-East Austin neighborhood that was historically home to folks named Wahlberg, Carlson, Edborg, and Jarl. With discussion and wine, the idea of baking and selling sweets in a house on the crest of old Swede's Hill became "Sweetish Hill," and the name just stuck, from that day to this.

But we're getting ahead of the story. Future business partners Bauer-Slate and Neuhaus met in Vienna in the early Seventies when Patricia's husband Joe Slate was teaching film on a Fulbright grant and Neuhaus was in Europe to learn more about baking and pastry. They became friends and bonded over a love of good food. The business partnership followed when Neuhaus returned to the states in 1974. Patricia knew there was no European-style "scratch" baking going on in Austin because "we'd looked all over for a good wedding cake a few years earlier and weren't able to find anything decent." Though Bauer-Slate had no formal baking training, she was the granddaughter of a German immigrant baker and had grown up around his Philadelphia-area bakery. In Austin, she'd become an accomplished home baker who subsidized her college rent payments with loaves of fresh bread. With Patricia's natural talent plus the training and expertise Neuhaus had developed in Europe, the partners set out to create Austin's first modern French bakery. 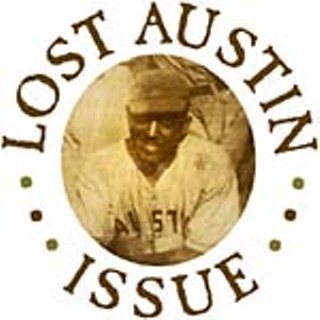 Scouting for locations, they discovered the turn-of-the-century Victorian at 1406 Waller St. that had housed local theatre maven Nan Elkins' Theatre Unlimited, a defunct dinner theatre. The house met many of their criteria: It was roomy, it had AC units, it was already zoned commercial and licensed for food service, and they could afford the $30,000 asking price. Next came the search for equipment. "We couldn't afford anything new," recalls Patricia with a laugh. "Everything came from auctions or going-out-of-business sales." They discovered a pre-WWI Hobart mixer that they painted and christened "Big Red." Filthy, charcoal-encrusted copper pots from an old Mexican bakery were cleaned up and used to make Sweetish Hill's signature homemade jams. A retired postal vehicle was decorated whimsically and pressed into service as a delivery truck.

In 1976, Patricia and Tom decided to open a restaurant in a new retail development at the corner of West Sixth and Blanco Street in the Old West Austin neighborhood. Sweetish Hill restaurant served lunch and dinner. In order to capitalize on morning foot traffic in the neighborhood, they soon established a satellite pastry-and-coffee shop in half of a converted gas station in the shopping center. "Before long, we realized the majority of our customers were finding us on West Sixth rather than coming to East Austin," Patricia recalls, "so we closed the bakery on Waller Street in 1977." (The old house was home to several other business ventures over the years and finally burned to the ground in the late Eighties.)

Patricia and Tom also closed the restaurant in 1977 and consolidated all their efforts on the new bakery, which had taken over the entire converted gas station by that time. The bakery flourished and was recognized for its unique attention to detail and quality by being named "Best Bakery in the State" in 1978 by Texas Monthly. Tom Neuhaus departed in 1978 to pursue degrees in food science and nutrition. He is now a professor of those subjects at California Poly-Technic Institute. Jim Murphy became bakery manager in 1988 and a partner in 1990. Among other things, he's responsible for the stellar Italian artisan breads in the Sweetish Hill product line. The bakery moved to its current location at 1120 W. Sixth in 1991. The old bakery location at 1200 W. Sixth now houses Portabla, their cafe and takeout operation.

In its early years, Sweetish Hill Bakery established itself as an important part of the fabric of Austin life and remains so to this day. Their trademark, then as now, is quality European-style baking where everything from the croissant dough to the cake batters to the candied fruit in the holiday cakes is made in-house, from scratch.