Enjoying the resurgence of one of humanity's great inventions 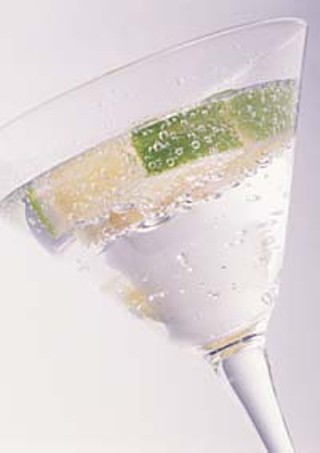 When we first meet Nick and Nora Charles in the opening of The Thin Man, the very debonair, if slightly sloshed, Mr. Charles (William Powell) is demonstrating to a gaggle of bartenders how to correctly mix a martini. The bartenders look on in rapturous awe as Nick explains:

"The important thing is the rhythm! Always have rhythm in your shaking. Now a Manhattan you shake to fox-trot time; a bronx to two-step time; a dry martini, you always shake to waltz time."

The scene was an obvious setup to show us how Nick was a cocktail expert. What the moviegoing audience of 1934 knew instinctively was that the very sight of Nick teaching the bartenders identified him as the ultimate sophisticated man. Cocktails equaled glamour, class, elegance, and style.

Cocktails had become the rage during Prohibition. The only booze available was lousy bootleg liquor, which led folks to blend other beverages to hide the flavor. When Prohibition was repealed, the smart set went back to their martinis and Manhattans. Cocktails began to embody style and savoir-faire. Right up through the early Sixties, cocktails reigned as the public's favorite way to imbibe. Then hippies happened, and cocktails were relegated to the status of a geezer's drink. For 30 years, the only people who drank cocktails also drove large American luxury cars. Thankfully, in the last few years, cocktails have again come to represent good taste and refinement. The resurgence has been a long time coming.

The drink credited with causing the comeback was the cosmopolitan. No one knows who invented it, though it is frequently attributed to Dale DeGroff. He only claims to have standardized the recipe, and his version is still the best. He attributes the cosmo craze to its 1996 adoption by Madonna at his bar in New York. While the Material Girl may have made the drink more noticeable, if you jump forward two years, you'll see why cocktails are the hottest drink craze around. Four women sit around dissecting love and sex while drinking cosmopolitans in HBO's Sex and the City. Carrie, Miranda, Samantha, and Charlotte enjoying a cosmo at Scout is what finally brought the cocktail back to the "smart" set. The resurgence of the cocktail was complete.

What Makes a Great Cocktail?

A great cocktail comes from starting with good ingredients, using a top-quality recipe, and being careful in preparation. The cost and effort for superior ingredients can be just as crazy as you want, but for our purposes, we'll take a pragmatic approach. 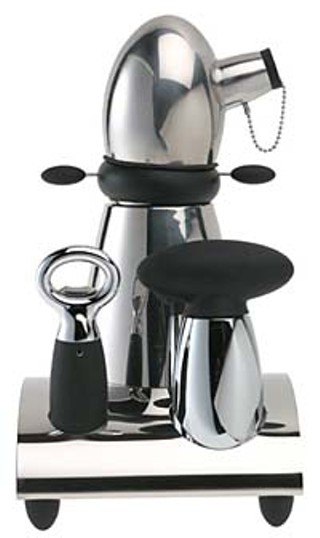 First, don't go overboard on costly spirits. For example, if you are ordering or mixing a bourbon drink with several ingredients, the subtle differences between a good whiskey -- Jim Beam, for instance -- and a great whiskey like Knob Hill will be totally obscured. Pouring a jigger of $70 vodka into 16 ounces of spicy tomato juice for a Bloody Mary is a bloody mistake. The height of folly is a "top shelf" margarita with something like El Patron Añejo and Grand Marnier mixed with a sweet-and-sour mix. Virtually any blanco or plata tequila with a decent triple sec and real lime juice will taste much better. So the first thing to do is use the best product, but don't go overboard.

The second important ingredient should be obvious -- use good mixers. If your drink calls for fruit juice, use it. If it asks you to carefully muddle some fruit and sugar before adding club soda, do it. Above all, avoid bar mixes. They were invented to help out the busy bartender who simply doesn't have the time to do it correctly. Take the time to do it yourself, or find a bartender who will take the time. It is definitely worth the effort.

The final ingredient is less obvious, but maybe the most important -- ice. The size of the ice cube makes a huge difference in your final drink. In the old days, bartenders bought their ice in blocks and hand chipped it to the appropriate size for whatever drink they were making. Bars today tend to use very small cubes because they cool the liquid down quickly and take up lots of space in the glass. But those small cubes also melt rapidly, diluting your drink. A huge chunk of ice melts slowly but takes a while to cool the drink. A few minutes thinking about what you want the ice to impart will improve your drink dramatically. Drinks shaken and served straight-up love little cubes. On-the-rocks party drinks that will be held in someone's hand for 30 minutes need big cubes. For the extra-picky, you can even buy a better-quality ice than you can make at home and bypass those annoying hard minerals and the chlorine present in Austin water. At least once in your life, try buying ice made from purified water, and see if the difference is worth the trouble.

Good recipes come from all sorts of places. In our house, we like to try a new cocktail recipe once or twice a week. Then, after we've finished the drink, we give it a grade and decide whether we want to have another. When we have a party, we already know what new, interesting cocktails we'll want to serve. By the way, the first couple of times you make a drink, follow the recipe exactly. After you've mastered it, have fun adding your own touches.

As Ira Gershwin (a famous cocktail aficionado) stated so succinctly, "You say tomayto, and I say tomahto." Whether a bar qualifies as well-stocked is in the eye of the beholder. You could go crazy spending thousands of dollars and still not have a well-stocked bar. For our purposes, I'll propose a modest little bar that will allow you to make hundreds of different drinks. Your best friend in putting together a bar is a knowledgeable liquor store (see "City of Spirits," March 28, austinchronicle.com/issues/dispatch/2003-03-28/food_feature.html for our favorites). They can steer you to many obscure and occasionally inexpensive brands that are more flavorful and interesting than the most commonly available products.

We have to start with liquor, and you'll need whiskey, vodka, gin, rum, and tequila. I'm a bit of a whiskey nut, so I'll take the trouble to have four types. Jim Beam and Ancient Age both make good, moderately priced bourbon. Jim Beam also makes one of the few affordable rye whiskeys left on the market, and it makes a stellar Manhattan. Scotch is a matter of taste and can get brutally expensive, but a couple of good standbys are Cutty Sark and Johnny Walker. Finally, a blended whiskey like Seagram's 7 or Canadian Club can be used in dozens of recipes when a milder flavor is needed.

Vodka comes in all prices, but it makes little sense to buy hyperexpensive vodka for a cocktail. Wyborowa from Poland is a delicious and inexpensive vodka. Personally, I buy Tito's. It is locally made, tastes wonderful, and costs just a little more than the megabrands. For gin, I'm in love with a Dutch variety called Genever by Bols. Many stores carry it or can order it, and it has the additional virtue of being quite inexpensive. Other good brands include Seagram's, Tanqueray, and Beefeater. In the world of rum, Bacardi Silver and Anejo or Mount Gay Premium White and Eclipse are good choices.

Recommending a tequila in Texas is asking for trouble, but let me make one strong recommendation -- don't buy gold. Most tequilas called gold are a mixture of 51% agave and 49% sugar, with food coloring added. Gold tequila was an attempt to fool the public into thinking they were buying a reposado, a more expensive form of tequila "rested" in wood from two months to a year. For mixing, the white (aka silver or plata) tequilas are best. Sauza is always a good choice. For straight drinking, alongside the traditional sangrita, it makes sense to buy better tequila. Cazadores is my favorite, but Hornitos or any of the Herradura tequilas are also first-rate.

From there, you'll need a few standard ingredients. Triple sec (Hiram Walker is fine, Bols Curacao is better), a sweet and a dry vermouth (Cinzano or Noilly Prat), various sodas, bitters, and simple syrup will cover you through lots of drinks. Fresh fruit and juices and a few herbs help. Finally, make sure you have glasses in three sizes -- martini, highball, and rocks.

Also, cocktail preparation requires decent tools, patience, and practice. At right is a list of the basics needed to make most cocktails. You can purchase all of these tools separately at Linens 'n Things or Bed Bath & Beyond. Ace Mart Restaurant Supply (1025 W. Fifth or 9411 N. Lamar) also has everything you need and at very good prices. If you want a complete set, designer Michael Graves has a $40 set at Target that will get you started in style. But remember, it isn't always necessary to have lots of tools. Most bartenders get by just fine with a knife and a shaker. But, then again, they are pros.