True to Its Own Terroir 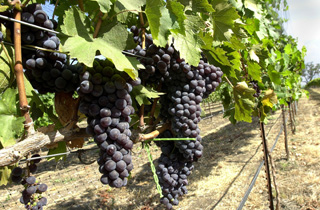 During the course of its 18-year history, the annual Texas Hill Country Wine & Food Festival has become the premier culinary event in the Southwest, showcasing the best in Texas foods and wines every April. The event was founded by Fall Creek Vineyards owner Susan Auler and a group of like-minded friends who were serious about developing a market for their new Texas wines and obtaining a viticultural designation for the Texas Hill Country area. The early festivals also provided the launching pad for contemporary Southwestern cuisine, with such luminaries as Stephan Pyles, Dean Fearing, Robert Del Grande, Mark Miller, Anne Lindsey Greer, and Bruce Auden presenting signature dishes that would come to define a culinary genre. Winemakers from California, France, and Texas led seminars and tastings; local restaurants hosted winemaker luncheons; and a grand tasting on Friday night gave Austin restaurants an opportunity to strut their stuff. The culinary masters traded courses at a Saturday night gala, and the weekend culminated with a Sunday fair on the grounds of a different Hill Country winery every year.

After the first five years, Susan Auler turned the presidency of the festival over to community volunteer LaDonna Higdon who brought in such major sponsors as homegrown grocery-giant Whole Foods Market. Supporters such as developer Larry Peel and the Beef Industry Council provided office space and technical support when it was needed. The founders of Southwestern cuisine moved into advisory positions, as well, and under Higdon's direction, the festival began hosting the nation's top celebrity chefs at the Culinary Masters Dinner. The highlight of those years, in my estimation, was the first and only all-female chef lineup, which featured the late Barbara Tropp, Catherine Brandel (who was then the chef at Chez Panisse), Susan Spicer of New Orleans, and the "Two Hot Tamales," Mary Sue Milliken and Susan Feniger. Cookbook-signing events became a necessity.

By the time Block Distributing executive Leon Cikota took the helm in the mid-Nineties, the festival had a small permanent staff and a year-round office. The best vintners and chefs from around the world were more than happy to accept invitations to the Texas spring soiree. Block's restaurant wine customers from around the state lobbied to be included in the festival, and the Friday night tasting became the statewide Stars Across Texas event. HEB debuted its new Central Market concept in Austin, and they became enthusiastic festival sponsors. Cooking classes by the visiting celebrity chefs became a part of the weekend lineup, and the Sunday fair, with cooking demonstrations and live music, found a more convenient permanent home at the Salt Lick Pavilion.

The turn of the new century found the festival in the hands of Austin chef/restaurateur Wm. Emmett Fox and then Kevin Williamson. By this time, the festival board was actively soliciting major corporate sponsorship for the event and hoped to find a national food magazine partnership such as Food & Wine has with the annual Aspen Culinary Classic. The festival began to focus on one culinary and viticultural region per year -- Spain in 2001 and Italy in 2002. There was gossip that the state's more successful wineries wanted to distance themselves from the less established, still struggling properties. Rumblings were heard that "Hill Country" might be dropped from the festival's title, and there was serious concern among some locals that in its attempt to take an elite place on the national stage, the Texas Hill Country Wine & Food Festival might sacrifice its soul by losing its sense of place.

Luckily for those of us who'd like to see the festival remain a definitively Austin attraction, a series of events over the past year have set it in a remarkable new direction. Transplanted New Yorker Fernando Saralegui was hired as director of the festival just days before last year's event, and Williamson and the board were successful in finding a major magazine sponsor. As moderator at last year's Culinary Masters dinner, well-traveled Saveur Editor Colman Andrews assured the crowd that what made the festival stand out among wine and food events around the country was precisely its strong sense of place, an affiliation with a city and a region of such vibrant personality. That speech seems prophetic in light of the magazine's new relationship with the festival, now known as the Saveur Texas Hill Country Wine & Food Festival. And who better to keep the festival authentic and true to its own terroir than the National Geographic of food magazines? Saveur eschews transient culinary trends and celebrity fads, choosing to concentrate instead on food as a fundamental element of the world's many cultures. It looks to be a perfect fit.

Saveur announced its affiliation with the festival at a splashy media party in New York City's Blue Smoke barbecue restaurant in early January (check out our own MM Pack's firsthand account of the great party, Austin in the Big Apple) and promised to deliver major national media coverage to the events. Looking at the brochure for this year's fest, the Saveur influence is evident, and Colman Andrew's personal fingerprints are visible, as well. This year's culinary masters are indeed masters of American regional cuisines: Louis Osteen of Louis's at Pawleys in South Carolina, Bobby Flay of Mesa Grill in New York, Michael Romano of Union Square Cafe in New York, and Kenny Callaghan of the aforementioned Blue Smoke. Wine seminars will focus on new varietals that are being planted across America for their "dynamic flavor profiles and geographic suitability." Food seminars will spotlight sustainable agriculture and American artisanal cheese. For the first time this year, awards will be presented to artisans, farmers, and craftspeople who "create and preserve the gastronomic bounty of Texas" -- they'll be known as Saveur's Authentic Stars of Texas. Festival guests will be encouraged to take a walking tour of the "First Thursday" phenomenon in the trendy SoCo section of South Congress and the visiting national press will get an abbreviated version of the Chronicle's Taste of Texas barbecue bus tour. That sounds like making the most of local assets.

A serious aficionado of Texas music, Colman Andrews hosted "A Lone Star State of Mind: Texas Music, Food, and Wine in Concert" at the festival's opening at the Broken Spoke last night (Wednesday, April 2), joining Kimmie Rhodes and Joe Gracey, Marcia Ball and her band, Slaid Cleaves, and the singing chefs of the Barbwires -- Dean Fearing, Robert Del Grande, and Tim Keating with Andrews on vocals! That demonstrates a pretty serious involvement with his investment. Austin's place as the soul of the Saveur Texas Hill Country Wine & Food Festival appears secure.