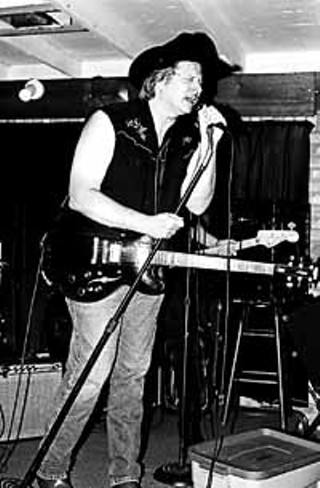 The contest has three levels of competition: individuals (homemade), restaurants, and commercial bottlers. This gives us a good chance to recognize homemade salsas in a class by themselves. It also gives us a chance to consider salsas made fresh daily in restaurants apart from those made for grocery store shelves. The three categories of hot sauce for each level are designed to leave enough room for a wide variety of styles. In the past, special variety sauces have included fruit salsas, dried pepper salsas, and even a purple sauce.

All salsas in these categories are available for tasting by the public at the designated tasting tent in the middle of the Waterloo Park grounds (triangular dipping chips on the map).

You can still enter by bringing a quart of your best salsa to the check-in area in Waterloo Park between 10:30 and 11:30am on Sunday. For this part of the contest, our judges pick the winners in each of the following categories:

Commercial salsas are not included in the rest of the tasting, but are available at separate booths around the park (green numbers on the map).

The public is invited to vote in the commercial categories, which include:

Ballots for voting are available at the Austin Chronicle booth near the stage (the blue flag on the map). Pick one up, vote for your favorites, and return the ballot to the booth by 3pm.

Find some shade and relax while you enjoy live music from Floramay Holliday from 11am-noon, Kevin Fowler from 12:30-2:30, and The Cornell Hurd Band from 3-5 pm. Waterloo Records will be on hand with some hot deals on great music to suit all tastes.

COLD water, soda & beer will be available to cool off overheated palates. Just look for the Dos Equis sign.

Visit the Capital Area Food Bank's Silent Auction tent at the southwest corner of the park. Items up for bid include a man's gold watch compliments of Russell Korman, a free dinner for two at the Driskill, a pair of limited edition sunglasses from Santa Fe Optical, one night's hotel stay for two at the Marriott at the Capitol, pearl and gold necklace and bracelet set from Precision Watch & Jewelry, a gift certificate to Ruth's Chris Steak House, a 14-karat gold bracelet from Kruger's Jewelry, and a one-year family membership to the Blanton Museum of Art.

Since 1998, Austin Chronicle Hot Sauce Festival attendees have donated more than $11,000 and 14,340 pounds of food to the Capital Area Food Bank. These donations enable the Food Bank to provide 99,472 meals for our neighbors in need throughout Central Texas. Donations this year will help the Food Bank to expand innovative programs, including Kids Cafe, Fresh Food For Families and the Healthy Options Program for the Elderly (HOPE), all of which directly confront the issues of hunger and food insecurity in our community.

Hot Sauce Festival T-shirts will be available under the Chronicle tent for only $15 each.