The board of the Texas Hill Country Wine & Food Festival (THCWAFF) has chosen the foods and wines of Spain as the main focus of this year's event and invited a stellar lineup of culinary professionals with expertise on those subjects to present seminars over the course of the upcoming festival weekend, April 5-8. While perusing the program brochure, I was impressed with the literary output of the assembled panelists. One of the festival's three celebrity chefs, Basque-born Teresa Barrenechea, is the award-winning author of The Basque Table and chef/owner of Restaurant Marichu in Manhattan. Another guest, New York University professor Penelope Casas, the author of five books on the foods and wines of Spain, will speak at both a Tapas & Wine seminar on Friday and a Spanish Wine & Cheese Primer on Saturday. Paula Lambert, founder of the Mozzarella Company in Dallas, and one of the driving forces behind the artisanal cheese movement in this country over the last 20 years, will speak at the Cheese Primer and sign copies of her new book, The Cheese Lover's Cookbook and Guide. A Friday seminar on designing kitchen spaces will feature a panel that includes Austinite Helen Thompson, the Austin and Houston editor of Metropolitan Home magazine and author of Cooking Spaces: Designs for Cooking, Entertaining and Living. Esquire food columnist John Mariani will spend a busy weekend in Austin following a speaking engagement at the Spanish Wine & Tapas seminar on Friday with a cooking class at Central Market on Saturday morning to promote the new book he's written with his wife, Galina Mariani, titled The Italian-American Cookbook. John Mariani will then appear at a book signing at the Granite Cafe before serving as moderator at the Culinary Masters Gala at the Four Seasons Saturday night. 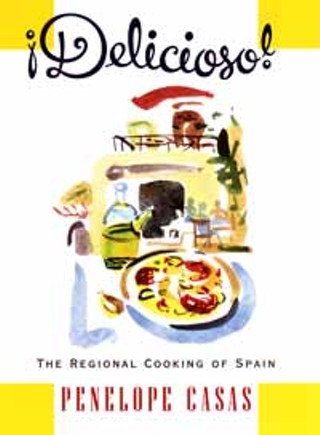 In preparation for this weekend's Festival, I spoke with visiting chef Teresa Barrenechea about her restaurants, her books, and what makes Basque cuisine unique. I've also reviewed titles by the other visiting experts. This way, whether you're able to attend the festival or not, you'll have the opportunity to consider the authors on your own and avail yourself of their accumulated culinary knowledge. For more information about the Festival, see www.texaswineandfood.org/ or call 329-0770. Basque-born Teresa Barrenechea and her banker husband were unable to find any Basque cooking in the multitudes of ethnic eateries when they emigrated to New York City. They opened a restaurant of their own named Marichu, in honor of Barrenechea's mother, a culinary inspiration. Today, Restaurant Marichu serves the most authentic Spanish food in the U.S., according to the Spanish National Board of Tourism. The hearty, traditional fare served at Marichu is also the basis for Barrenechea's award-winning cookbook, The Basque Table.

During a telephone interview last week, the busy chef described some of the dishes and cooking methods that define her unique native cuisine. "Basque food is known for seafood cooked in classic sauces such as the salsa (Biscayne sauce), a parsley and wine sauce called salsa verde, and squid ink sauce, salsa de chipiron, or pil pil, made with our olive oil and cod," she explained, adding that grilled or roasted meats such as beef, venison, and baby lamb served with simple sauces are also important components of the region's fare. Barrenechea says that within the New York area, she's able to get almost all the exotic seafood (baby squid, baby eel, hake, bonito, goose neck barnacles) and meats (huge T-bone steaks, venison, and rabbits from conventional sources, baby lamb from a Basque shepherd in upstate New York) necessary to re-create authentic Basque food. However, she makes regular buying trips to her homeland to purchase the sweet, dried red choricero peppers that are unique to the Basque region and are an integral component to several dishes as well as the definitive Basque preparation of salt cod, or bacalao, which features salted fillets rather than shredded fish. Barrenechea admits she's a stickler for the authenticity of flavors when preparing food in her restaurant but she made substitution suggestions for hard-to-find ingredients when writing the cookbook rather than leave key recipes out altogether. 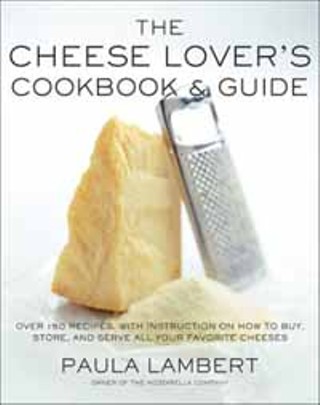 The 130 recipes in The Basque Table are simple and straightforward, well within the reach of the home cook. Recipes are organized as a Basque meal would be served: starting with Pinchos, the Basque-style skewered appetizers or tapas; first courses, consisting of soups, salads, vegetable dishes, and hearty stews; main courses, where seafood and meat preparations appear; a section on Basque basics where all the classic sauces are presented; and, finally, desserts. Fascinating anecdotes about Basque life and culture are interspersed among the recipes, such as the description of asaderos, rustic grilling houses without formal menus or seating where patrons go to eat gigantic grilled T-bone steaks and drink Spanish cider directly from spigots on the barrels. Another story describes the century-old tradition of male-only gastronomic societies, called txokos, where professional men and laborers alike gather in the kitchen to cook elaborate meals, dine together, and share the cost of ingredients and cleaning up. Barrenechea says that it's widely accepted that some of the best cooking in Spain takes place in these dining clubs but because no one is allowed to attend but members and their occasional guests, outsiders rarely get to sample the food. This weekend, patrons of the Texas Hill Country Wine & Food Festival won't attend a txokos dinner, but they will have the rare opportunity to sample the renowned cooking of chef/author Teresa Barrenechea.

¡Delicioso! The Regional Cooking of Spain New York University professor and food writer Penelope Casas is a leading expert on the foods and wines of Spain and has published five books on the subject. °Delicioso! is an encyclopedic look at Spanish cuisine with an opening chapter devoted to tapas, the small appetizer dishes that the author describes as "a microcosm of traditional Spanish cooking." She then proceeds to examine Spanish food region by region, describing northern coastal Spain, the Basque country, and Galicia as the region of sauces, and the central plains and Castile, La Mancha, and Extremadura as the region of roasts. Each section begins with a general overview of the regional history, agricultural products, and specialties of the area followed by fairly simple recipes that should be accessible to most home cooks. While many of the ingredients necessary in order to authentically complete the Spanish recipes -- i.e., Spanish olive oil, arborio rice, Idiazabal and Cabrales cheeses, chorizo, etc. -- are becoming more readily available to American home cooks, the author does provide mail-order sources for more exotic items, such as frozen baby eels and specific cookware, such as paella pans.

In preparation for this collection of 60 different paellas, the author ate her way across the Iberian peninsula, gathering recipes and cooking tips from friends and professional chefs -- in short, anyone willing to share the secrets of Spanish rice cookery. First and foremost, paella is a rice dish, made with short grain rice that will absorb the best of the additional flavors. Many delectable dishes emerged from Casas' investigation. Some are very traditional, such as Paella Valenciana, made with chicken and rabbit and often cooked outdoors over wood fires. She also includes other more eclectic versions, such as Lamb, Lentil, and Eggplant Paella with definitively Moorish accents. All the recipes are designed to inspire the reader to get in the kitchen and experience paella for themselves. I found this book so inviting, I immediately requested and received my first paella pan and began looking for opportunities to make use of it. Paella! is a must-have for any serious cook who loves rice dishes.

After years of visiting Italy, Dallas entrepreneur Paula Lambert decided the only way she was going to have fresh buffalo mozzarella in Texas was to make her own, and so the Mozzarella Company was born nearly 20 years ago. Lambert is a pioneer in the creation of artisan cheese in the U.S. and her award-winning cheese products are internationally respected. Her first book, The Cheese Lover's Cookbook & Guide, offers valuable information about cheese and nutrition, various cheese types and their characteristics, instructions for making cheeses at home, plus more than 150 recipes using a fascinating array of cheeses from around the world. The recipes range from traditional dishes familiar to most Texans, such as Cheddar Cheese Straws, the Old-Fashioned Texas Version of Chile con Queso, and Jalapeños stuffed with pimento cheese, to more exotic and international ideas like Goat Cheese Spaetzle, Jarlsberg and Ricotta Bread Pudding, and Asiago-Angel Hair Crab Cakes. Most of the recipes are simple and approachable. This useful and informative book could have you shopping in the cheese department for months without duplications.

This lovely volume features page after page of attractive kitchen pictures, ostensibly presented to generate a range of ideas about how that particular area of the home can or should function. The author begins each chapter with a "Cook's Story," offering the kitchen reminiscences of well-known chefs such as Jacques Pepin and Lydia Shire and food writers such as Corby Kummer and Saveur magazine editor Colman Andrews. There are designers' secret tips about cabinetry, backsplashes, flooring, and ventilation but very little practical information about kitchen design. An extensive resource list is provided in the appendix, however. Thompson's book resembles a series of beautifully photographed magazine layouts, tending toward the inspirational rather than functional.

by John and Galina Mariani

Though the Marianis' newest book has nothing to do with the THCWAFF's Spanish food and wine theme, it's a must-have for Italian food lovers and American culinary historians alike. The longtime Esquire magazine food and wine writer presents a fascinating history of Italian food in America and traces the origin of dishes we've all come to think of as "Italian food" though many of them would never be found in any kitchen in Italy. There are the seafood dishes created by the Ligurian immigrant seamen who settled in San Francisco, the Cajun and Creole-influenced dishes that emerged when Sicilians made their home in New Orleans, and eclectic entrées that sprang from restaurant kitchens in New York and other major cities. It's fun and informative to find out the stories behind Italian-American restaurant staples like Caesar Salad (p.119), Clams Casino (p.76), Chicken Tetrazzini (p.314), Spaghetti alla Caruso (p.171), and Pasta alla Primavera (p.158) as well as having reliable, accessible recipes for those and many other dishes. I haven't been able to stop cooking out of this one since it arrived. It's definitely a keeper.