Specialties of the House

Recent Publications From Our Contributors 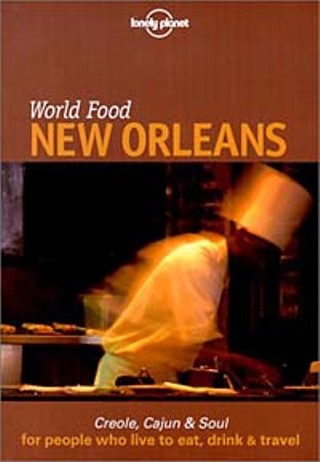 For the average resident of New Orleans, food is more than a means of sustenance -- it's a hobby, a constant topic of conversation, and a borderline obsession. As it is in other regions of Louisiana, food (with its corollary activities of procuring, cooking and eating) is the collective passion at the core of New Orleans' distinctive local culture.

As a rule, New Orleanians eat big, often and with a sensual enthusiasm that borders on the sexual. Discussions about transcendent foodstuffs -- from a homemade sauce piquante to flaky pastries from a local bakery -- can trigger moans of ecstasy and howls of delight, even from sedate, well-mannered matrons. Average portions for any meal vary from large to gargantuan, which accounts for the enhanced girth of many locals. Travelers have commented that in New Orleans, there's really no such thing as a "light" meal.

In the city, restaurant culture reigns supreme, mostly because there are so many outstanding restaurants in which to indulge. Unlike other American cities, where the outstanding restaurants occupy the upper end of the cost spectrum, New Orleans has a well developed mid-priced and low-end restaurant scene which is accessible to people from all walks of life. Many of the city's trademark dishes -- overstuffed seafood poboys, flash-fried beignets, and garlicky muffulettas -- were invented and popularized by the poorer sections of the city's population. Industrial workers and wealthy businessmen alike know their way around the city's menus. Because much of the city is involved in the tourist industry, the populace keeps abreast of restaurant news and the comings and goings of prominent chefs and respected cooks.

New Orleans adheres to the standard American pattern of "three meals a day" in practice, if not in spirit. The classic morning meal of fried beignets (warm, sugar-dusted French doughnuts) and café au lait (coffee with milk) is a leisurely indulgence, but gallons of hot coffee are more the norm. Whether it's a full eggs-and-bacon diner meal or a quick bowl of cold cereal, breakfast is a relatively small deal compared to the midday meal -- called "lunch" in the city and "dinner" in the rural reaches of Northern Louisiana. The traditional break in the workday is a time for social gatherings and business dealings, and a chance to sample the city's restaurant fare at cut-rate prices. Friends meet regularly to try out new contemporary Creole joints downtown. Rumors among office mates of "the best oyster and artichoke soup" can inspire a field trip for sampling and arguing purposes. The city's economic and social strata mingle at the lunch counters and tiny diners across town, comparing notes on the day's special -- a rich bowl of crawfish bisque or a roast beef poboy dripping with rich brown gravy. Taking the evening meal (referred to as either dinner or supper) at a restaurant is generally reserved for special occasions, even if it's to commemorate the fact that it's Wednesday night.

Many family traditions are observed with large meals in the home, preferably with a multi-generational group in attendance. Often there are special dishes prepared for family gatherings, such as baked ham for Sunday dinner, jambalaya for a sister's birthday, or duck and sausage gumbo to celebrate a successful hunting trip. These gatherings are also the hallmark of home cooking in Cajun Country and North Louisiana .

Impulsive between-meal snacks are relatively common, since you have to have something to go along with your morning coffee. And your afternoon coffee. And all the cups in between. Tourists in New Orleans often have to find time not to eat, since the temptation to sample local specialties never quite goes away. In Cajun Country, cracklins (deep fried pork skins) and links of boudin (pork and rice sausage) are always popular savory snacks. The afternoon pause for "pie and coffee" is popular in small town diners across the state. 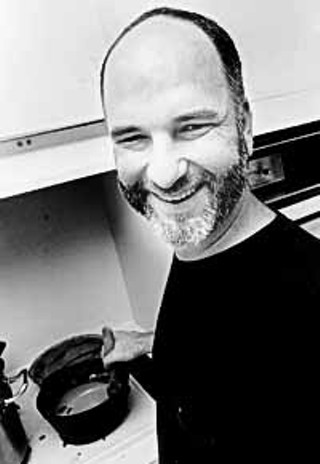 We showed up at Uglesich's well ahead of the lunch rush -- Chris figured that an 11am arrival would guarantee us a table. The dining room at the famed local dive only holds about 30 people at a time, so it's better to be safe than sorry. But even an hour before midday, the parking lot and dining room were both packed.

On this particular January morning, the tiny joint was wall-to-wall with starched shirts and silk ties -- it was like we'd discovered a nest of lawyers at feeding time. After looking over the menu, Chris turned to Mr. Tony (owner Anthony Uglesich) and asked about the crowd. "They're from the Federal prosecutor's convention downtown -- and they wanted to eat early." He shrugged and scribbled down our orders. "Here's your number. You can wait at the bar."

The broad-shouldered man behind the bar pulled out his thick-blade knife, looked up from his work, and asked us a simple question. "How many y'all need today?"

A New Orleans classic, Uglesich's is an almost microscopic restaurant located in a questionable industrial neighborhood near downtown. It's been in business since 1924 and is one of the restaurants the local star chefs frequent on their days off. The fried seafood consistently rates among the best in town, no mean feat in this land of fishophiles. Anthony Uglesich is the creative mind behind the kitchen and the man behind the cash register, but during the lunch rush wait, you usually end up talking to the guys behind the oyster bar. 167

While the cooks are cranking out orders of tasty crawfish fettuccine, poboys to fight over, fantastic fries, and downright spiritual fish dishes, the guys behind the tiny oyster bar shuck the rocky mollusks for both the waiting customers and the kitchen. And all the while, they keep the patter going.

"Them oysters look pretty good!" Chris yelled over the din of the lawyers. This time of year, when the Gulf waters are cold, the oysters are at their best -- fat, plump and flavorful.

"Yeah, they're good all right." The guy on the other side of the bar flicked his blunt-bladed knife and in two clean strokes split open a rough oyster and cut the bivalve's tough muscle from the shell. With a fluid overhand motion, he laid the newly shucked oyster (now on the proverbial half shell) on a tray of ice, grabbed another rocky shellfish and started over. He made the whole thing look as easy as breathing. Within seconds a full dozen of the plump morsels were ready for a squeeze of lemon. He pushed us the tray and dug into the next dozen.

"But man ..." He stopped for a second, and shook his head. "You shoulda tasted 'em last week." Conditions were at their seasonal peak, and the local fishermen had brought in a legendary haul. Even though he shucks hundreds of these little beauties each day, we could tell that the week before, our oyster man had seen a sack of perfect oysters. For a second the whole place, lawyers and all, dropped in volume and breathed between bites.

The oyster man took another breath, grinned, and the glint of his eye ricocheted off his knife. "Man, when they're that good ..." he shook his head one more time, "they just go."

Then, quick as a flash, three more cuts, five more oysters, and the next salty dozen was ready to go. Not a bad way to spend a 20-minute wait.  Reprinted with permission of Lonely Planet Productions. From World Food New Orleans: Creole, Cajun & Soul by Pableaux Johnson and Charmaine O'Brien © 2000.