Why Providence, Rhode Island Is It 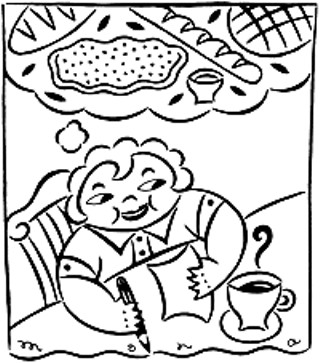 Every time I'm hungry for good Italian bread, a bountiful white loaf with a crisp, crackling crust or a chewy focaccia with cornmeal on the bottom, I can't help but scheme about the best way to bring a reliable Italian bakery to Austin. For some time now, I've had this fantasy about putting advertisements in selected East Coast newspapers to entice Italian immigrant or Italian-American bakers to relocate to River City and bake their wonderful breads for me. And for you, too, of course. Now at least I know where to start. After a recent trip to Providence, Rhode Island, I know it to be the city of great bread. Surely there is some disaffected Italian baker who has grown tired of the bitter winters in the lovely little colonial city and would love to relocate to another college town on the water with plenty of great restaurants and no real winter to speak of. I envisioned placing the following ad in The Providence Journal:

Tired of harsh New England winters, high fuel prices, and state income tax? Longing for the warm, sunny climate of your homeland and an appreciative audience for your talents? Seriously deprived bread lovers seek talented Italian immigrant or Italian-American bakers to relocate to the temperate climate of Austin, Texas to open Italian bakery. Enthusiastic clientele guaranteed. Y'all come on down!

I know the bakers are there, because I ate their breads.

My first night in Providence, I took a chance on getting a table at the world-renowned Al Forno, famous for grilled thin crust pizzas and other nuovo Italian creations of chef/owners Joyce Killen and George Germon. Al Forno is also known for not taking reservations, but a pre-dinner phone call announcing myself as a visiting food writer and asking to be worked into the early dinner crowd did the trick. I only waited 20 minutes while some others waited two hours! I was seated at a tiny two-top in the small, packed dining room, and bread and water immediately appeared. The bread basket featured slices of three different breads: a saltless pane toscano, pane alle noci (walnut bread), and pane de cereali (several grain bread). All were excellent alone and when dipped in the fruity, extra-virgin olive oil that sits on every table. The folks at the very near next table just happened to have an unfinished order of bruschetta, larger slabs of toasted bread rubbed with roasted garlic and olive oil. It looked to be the perfect accompaniment to my antipasto platter covered with shaved prosciutto, caponata, briny Nicoise olives, and garlicky bean puree. They shared the last piece with me, and we struck up a conversation. I was predisposed to like them because they'd shared bread and conviviality with a stranger. After we talked a moment, they revealed themselves to be semi-conductor salespeople and were thrilled to find I was from Austin. By the time I confessed that I did, indeed, work for the newspaper that sponsors that wonderful SXSW Festival, they were forking over samples of their dessert. The chocolate crepes and the candied rhubarb tart with vanilla bean ice cream were stellar dessert offerings, just the right palate cleanser before my entree arrived and the table next to me was reseated.

My new dining companions were fellow International Association of Culinary Professionals (IACP) members. Lubricated with two hours worth of cocktails, they were in a very friendly mood, and were willing to share a section of their pizza Bolognese in exchange for a sample of the warm lemon soufflé tart I'd chosen for dessert. The Al Forno pizza crust was a revelation. Thin and crisp -- almost not there -- it made a tasty base for Romano and Parmesan cheeses and generous dabs of the best Bolognese sauce I've ever tasted. Now when Yankees go on and on about the wonders of thin crust pizza, I can nod in wise agreement. Everything about the food and service at Al Forno lived up to their vaunted reputation. And they went out of their way to make a single diner far from home feel like a valued regular customer, not something that happens all that often.

Both my server and one of the managers at Al Forno suggested my next restaurant choice, a popular new Italian family place called Basta! in nearby Cranston. The next night at Basta!, I unfortunately fell victim to the dreaded "single diner syndrome," i.e. slow, dismissive, lackluster service, no recitation of the evening's specials, uninformed wine advice, etc. Though the wine list was mediocre, at best, and offered almost no Italian varietals, the food was good and the bread basket was terrific. Chewy chunks of ciabatta were great for sopping up the whiskey sauce on the veal Irlandese, and slices of buttered focaccia made up for the lack of a truly captivating dessert list. I did overhear my waiter recommend the same uninspired house wine at every table regardless of the food ordered, a serious faux pas that I hope would never happen in an Austin restaurant. He obviously didn't know his wines, but he kept the bread basket filled.

During a tour of Federal Hill, the historic "little Italy" neighborhood in Providence, I identified several places that were worth a second visit. On Spruce Street, the tour bus driver pointed out Caserta Pizzera, a family-owned joint that is the perennial "best pizza" winner in Rhode Island magazine's restaurant poll. The next day, I returned to Caserta for lunch and had some more of that great thin crust pizza the East Coast is known for. Caserta's crust isn't as thin as Al Forno's but has crunch and plenty of flavor. It's so popular in the neighborhood that raw dough is even a menu item, and I saw two women buy $.60 balls of dough while I waited for my lunch. The specialty of the house here is an original creation called the Wimpy Skippy, a folded spinach pie with plenty of cheese and good quality pepperoni enveloped in a warm slice of the house crust.

Another stop on the tour was Scialo Brothers Bakery, a little shop on Atwell's Avenue where generations of Italian girls have been purchasing their wedding cakes since 1916. The shelves at Scialo Brothers are packed with Italian pastries: cannolis, crostata de mele, torta di amaretti, sfogliatelle and hard biscotti studded with almonds or hazelnuts. The confection that stole my heart here was a chocolate, almond, and coconut concoction somewhere between a macaroon and an Almond Joy that I am now determined to duplicate. I saw one too many pastries filled with brightly colored canned fillings to fall completely in love with Scialo Brothers' sweet treats, but their bread was certainly the genuine article. Big balls of hearty pagnotta (round country bread) and substantial, elegant sfiatino, or Italian baguettes, longer than my arm, with a crust that crackled and shattered on impact. Surely there is a Scialo brother or uncle or nephew ready to run away from home.

Perhaps in an effort to prove that even the worst of meals could be saved by the bread of Providence, the convention center served what had to have been one of the most bizarre and unfortunate meals I've ever eaten in a public place the next day. A pitiful soup course of tepid mushroom washing water, a disgusting entree of sickly sweet Thai beef salad followed by day-glo green tea ice cream should be grounds for a lawsuit by the organization that sponsored the unfortunate meal. We satisfied our hunger tearing hunks from the crisp-crusted Italian bread balls and slathering them with plenty of sweet cream butter, washing it down with San Pellegrino water and several bottles of white wine. Good bread was our salvation that day.

Brunchtime the next day found me at DownCity Food & Cocktails, a smart little place tucked into one of the old colonial city's narrow original streets. DownCity would be perfectly at home here in Austin, sort of a Las Manitas with a liquor license and an eclectic menu. It was difficult to choose between Atlantic salmon hash and eggs Benedict with crab cakes, but adding an order of cinnamon toast was an easy choice, given what I now knew about the local bread. Huge slabs of soft homemade bread with plenty of holes and a shattering crust were spread with melted butter and sprinkled with cinnamon sugar, arriving at the table warm and comforting. The crab cakes topped with perfectly poached eggs were absolutely delightful, very much in keeping with the high quality of seafood I found in Rhode Island, but that's a completely different article.

My first visit to New England left me awash in sensations -- auditory, olfactory, visual, and gustatory. The clear, brisk spring weather and the ever-present aroma of a port city made a distinctive impression. For a Texas woman on her first visit "back East," it was an interesting opportunity to observe Yankees in their natural habitat. I tried to differentiate the accents: the flat Massachusetts speech we've come to associate with the Kennedys, a thicker accent in the blue-collar Italian neighborhood and the clipped Long Island lockjaw of the East Coast upper class. After growing up in the land of wide open spaces, I was captivated by the quaint, historical city with its winding streets designed for horse traffic and neighborhoods of tall, narrow row houses. I admired the fact that in revitalizing downtown Providence, a great deal of thought was given to creating new architecture that's in keeping with their collection of restored 18th- and 19th-century buildings rather than throwing up a garish mishmash of styles to destroy or dwarf their remaining colonial treasures. It's a charming city, a just about perfect vacation destination. All that charm, and divine Italian bread everywhere. Surely they've got some to spare.