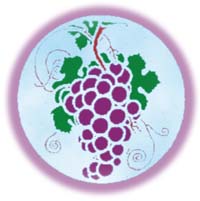 I asked a local wine merchant about kosher wine for Chanukah. I hoped, I told him, to put to rest the Concord grape of Manischewitz. We discussed a traditional menu: matzoh ball soup, gefilte fish, brisket, potato latkes with applesauce, stewed vegetables, and apple cake. His half-joking response: "Is that supposed to sound good?"

If Jewish food has it tough, kosher wines have it tougher. Seems like until the last 10 years, the only innovation in kosher wine was Manischewitz "cream white," a beverage introduced to accompany fish, with much less sophistication than light beer. But really, the choice between red and white was never an issue for the Jewish host; the question was always, "Is this palatable?" -- and, if not, "Can we stand it?" In recent years, many families have abandoned kosher wines in favor of more tasteful tonics. Kosher wineries have responded by producing drier products that use internationally renowned varietals such as Cabernet Sauvignon and Chardonnay. Quality varies, but the larger selection is welcome.

Yarden, a vintage from the Golan Heights in Israel, makes a reputable rose called Cabernet Blanc, a decent Sauvignon Blanc, and, often, a good Cabernet Sauvignon and Chardonnay, $20.

Carmel has some full-tilt sweet wines, such as Concord King David and Sacramental Grape King David, for the grape juice palate. They also put out an Emerald Riesling, still sweet but more acclaimed for its taste. Of their drier wines, the most noted are: Shiraz, Cabernet Sauvignon, Sauvignon Blanc, and Chardonnay Rothschild, $15.

Mount Maroma, from California, puts out both Cabernet and Chardonnay, $15.

Baron Herzog, St. Martin, also from California, makes a popular white zinfandel for those used to a sweet taste, $8.

Fortant de France produceslesser-known but increasingly available Merlot and Chardonnay for around $9.