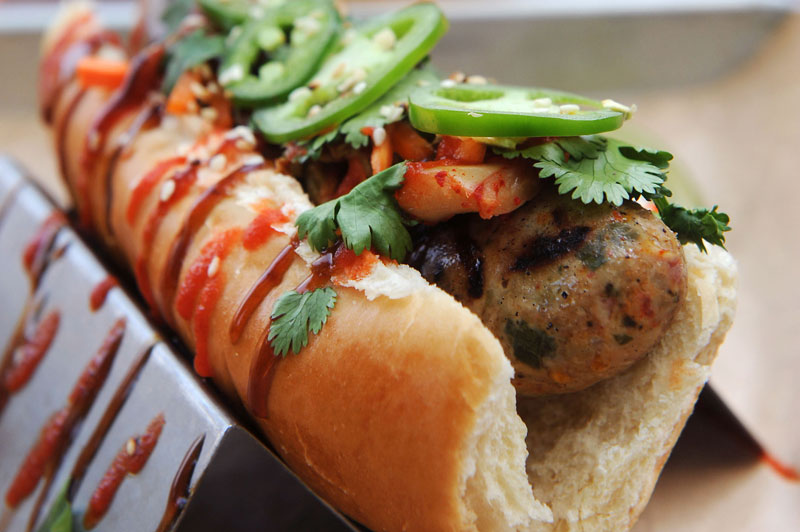 Rainey is chaotic no matter the day of the week, but all that hubbub seems miles away when you are sitting on the patio at Banger’s. Known for their homemade sausage, Southern sides, “the largest tap wall in Austin,” and their giant “manmosas,” the easygoing eatery can turn all your Sunday morning coming-downs to Sunday fundays.

We came to the smokestacks for the beer bread (that smoked. beef. fat. butter.) and stayed for a subterranean nightcap. Chef Jason Stude’s wood-fire-focused menu roasts, sears, and chars vegetables and proteins to perfection, and beverage director Jason Stevens’ cocktail cave below serves standout spirits from a Seventies-themed “playlist.” A third level, the Observatory Bar, offers a stunning view and alcoholic slushies. You can work it all off while walking up and down the stairs. Austin’s Downtown concept may seem like advanced algebra at first, but in reality it’s a very simple equation: Choose a three-, five-, or seven-course tasting menu, with optional wine pairings, and Eric Earthman and his team will take care of everything else. They’ve really only got one question: How hungry are you?

Susan Sarandon may soon be rolling into town, but we will still play our table tennis at Easy Tiger. The huge whiskey selection, delicious beer cheese, and house sausages make ELM Group’s flagship concept an essential stop before we get dirty on Dirty. In the morning hours, we lick our wounds with a pastry and an Americano from the upstairs bakery. Chef/owner Kevin Fink’s genius amalgamation of table and dim sum ordering may seem just as foreign as his repertoire of ingredients, but rest assured that although you may not know what you just ordered, it will be just what you wanted – proof that Fink knows his craft, inside and out. Thanks to Emmer & Rye, “Rainey Street” and “sophisticated” are no longer mutually exclusive terms.

Fixe is the place to take your East Coast friends who boast the superiority of their New York pizza and bagels. Southern food has just as much to offer when it comes to craft and flavor, and Louisiana chef James Robert is ready to prove it with his fine-dining twist on the classics. And you can enjoy yourself watching them try to eat their words around a mouthful of one of the best fried chicken dishes in Austin. 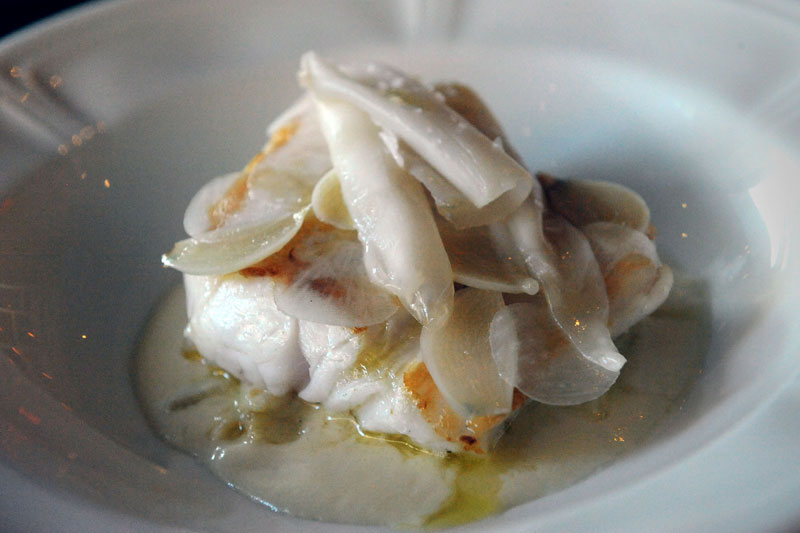 The Xavier Schipani iconography sets the tone. Part midcentury clip-art, part contemporary graffiti; it tells you that Irene’s honors the past while looking to the future. Sandwiches, rotating blue plate specials, and classic snacks like pimento cheese and pigs in blankets are the focus here, but you won’t find them using dried onion soup. Be warned that the cocktails pack a punch, but you can go to the coffee window the next morning if you need a pick-me-up.

There are enough new restaurants in the Downtown core that La Condesa is something of a grande dame, but the hip interiors from famed designer Joel Mozersky and the contemporary Mexican small plates from chef Rick Lopez still feel as fresh as ever. We recommend a margarita la clásica and a barbacoa taquito. My Name Is Joe Coffee Co.

Chef Philip Speer’s trailer serves up good food, good coffee, and a good cause – employing addicts in recovery and donating a portion of its proceeds to the Serenity Star Recovery Center. The masterful savory oats and almond butter toast will put your sad morning cereal to shame.

Upscale cuisine doesn’t always have to equate to tweezer plating or trendy ingredients. Sometimes all it takes for you to feel like royalty is a good bowl of pasta and a stack of garlic bread. The recent Italian explosion in Austin brought us many permutations of the world’s comfort food – some fussier than others. Red Ash proves there’s nothing wrong with keeping it simple. With its sprawling leather banquettes and a menu of slightly wonky twists on classic American flavors (think pepperoni soup with garlic croutons or buffalo fried pickles with Gorgonzola and hot sauce), this Downtown favorite continues to please. It certainly doesn’t hurt that their patio is the best place for people-watching in the city.

The upscale Chinese restaurant has one of the best Instas in the biz, splitting the posts between photos of lovingly plated food and the occasional visiting celebrity. It’s no wonder it’s a frequent stop for the jet set. Wu Chow’s soup dumplings are mouthwatering and bursting with everything that is good in the world. 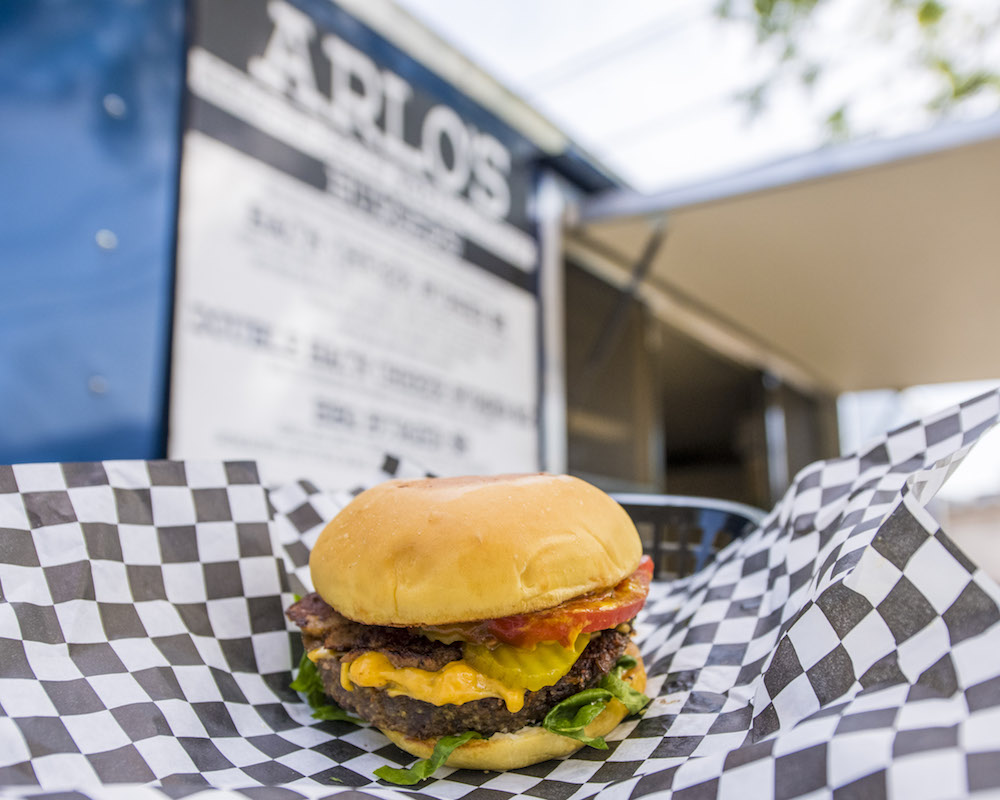 If you ask an Austinite where to eat vegan food, 99.9% of the time, the immediate response is, “Arlo’s!” Plant-based but designed with carnivores in mind, the menu caters to late-night cravings, and they’ve absolutely mastered the art of meatless cheeseburgers with their famous Bac’n Cheezeburger. That Frito pie ain’t nothing to sneeze at either, friends. To really let you in on how special their trio of curbside eateries is, consider this: Arlo’s is the very first food trailer and only the second plant-based kitchen inducted into our First Plates Hall of Fame. Austin’s plant-based comfort food baby is all grown up now. Inducted in 2019.

Comfort, warmth, and a dash of romance makes this little bistro live up to its name. Started by three Parisian friends in 1982, it’s a classic take on traditional French fare, and an excellent spot for relishing in conversation over escargots de Bourgogne and bubbles while hidden away from the Downtown melee. Inducted in 2017.