We were sad to see the intimate space on South Lamar close, but it didn’t take us long to warm up to the kitchen views, cozy tables, and full bar of the new location. The menu keeps on evolving too, as happens when you have one of the best kitchen teams in all of Austin.

Few local restaurants are as sexy as Shawn Cirkiel’s Bullfight. Maybe it’s the lighting, or the almost encyclopedic selection of sherries (nerds are sexy too), or the indoor-outdoor space. But we always have our rom-com moment when we bite into tapas like branzino crudo or veal sweetbreads a la plancha. We don’t even need a date. 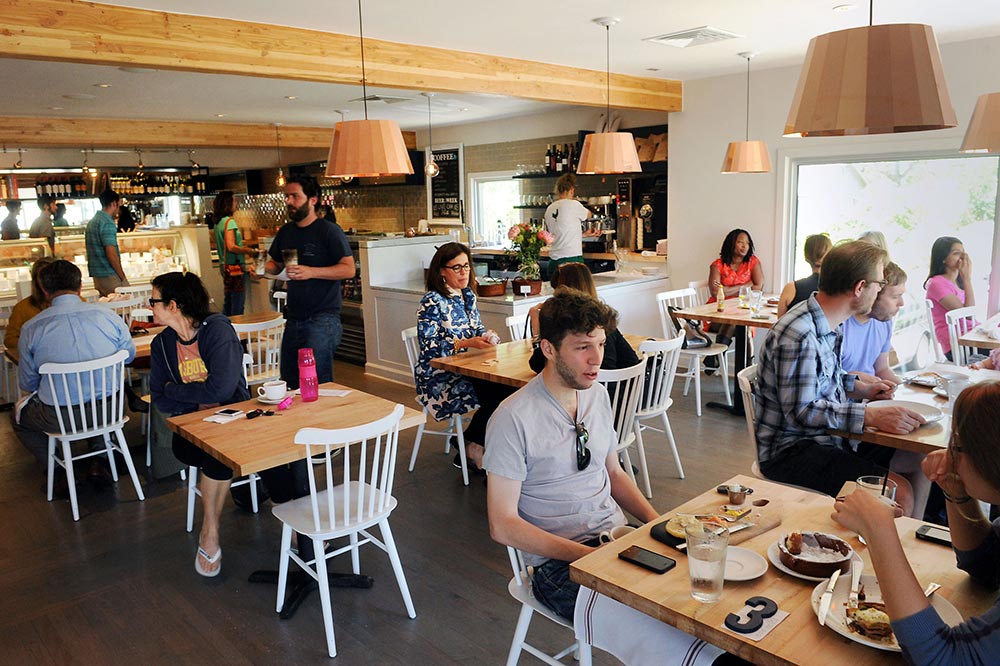 Perfect for a casual Sunday brunch, this neighborhood French-American restaurant makes you feel just a little bit fancy and right at home all at once. The airy cafe and grocery shop offers simple but well-executed dishes like cured salmon toast, gnocchi, and a burger with a side of frites. If you’re only feeling peckish, get a custom cheese plate and a bottle of rosé, and call it un jour.

Housed in a converted gas station, Foreign & Domestic offers a refreshing mix of American classics and more exotic European fare. Although the restaurant’s odd cuts of meat is a conversation piece (tongues of assorted animals often guest-star on its ever-changing menu), it’s the chef’s attention to detail that keeps customers coming back for more. 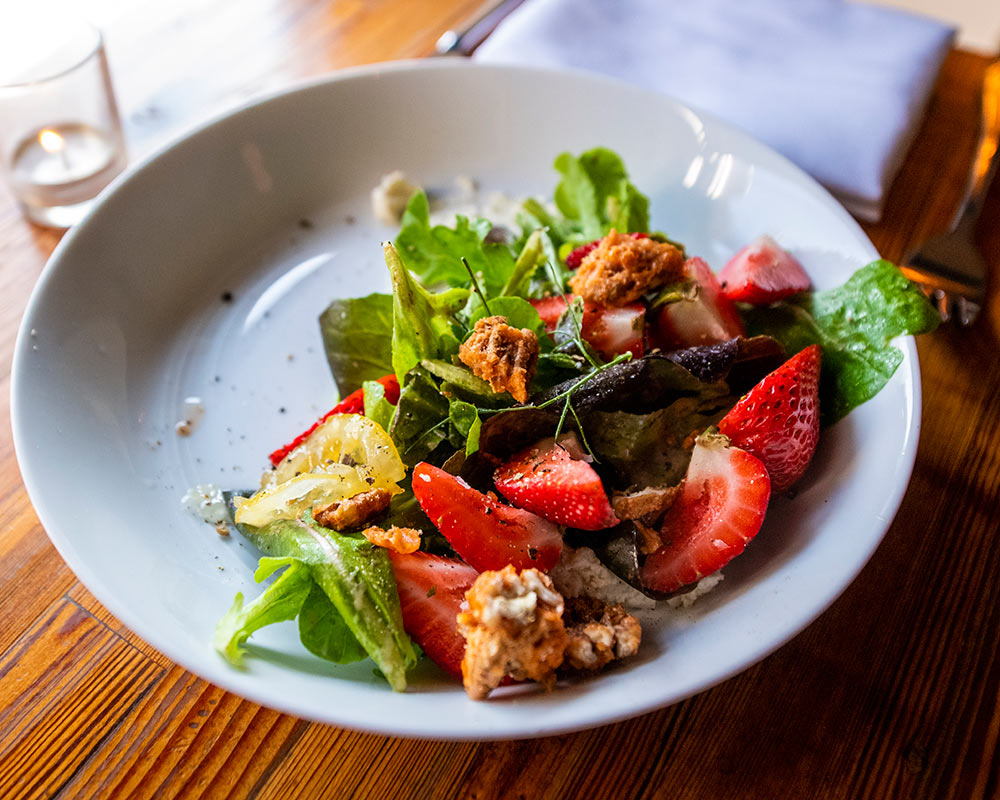 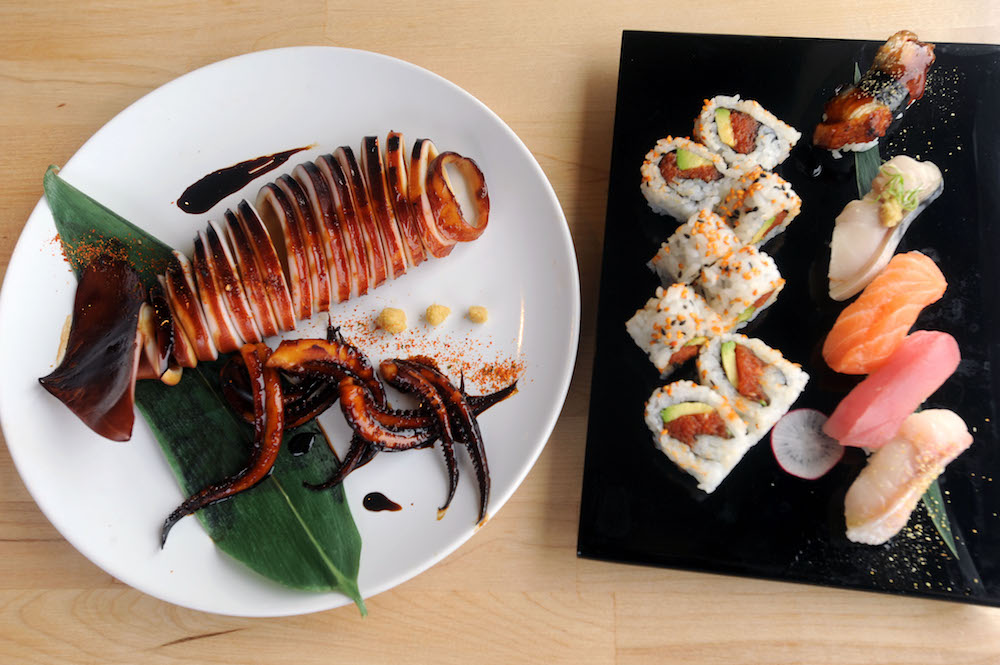 As one of Austin’s first food trailer-gone-brick and mortar success stories, Komé has grown from its Sushi-A-Go-Go roots to serve as an anchor in Airport Boulevard’s booming restaurant scene. The izakaya-style restaurant run by Takehiro and Kayo Asazu is still a cozy neighborhood shop featuring homestyle Japanese cooking and some of the most affordable, quality sushi you can find in the city.

Starting with a church fundraiser that turned into a famed catering business, the owner/namesake of “Connie’s Kitchen” made her dream come true at 63 with the family-operated Mexican restaurant. Try the homemade tortillas in her famous enchiladas and, arguably, the best breakfast burrito in town. 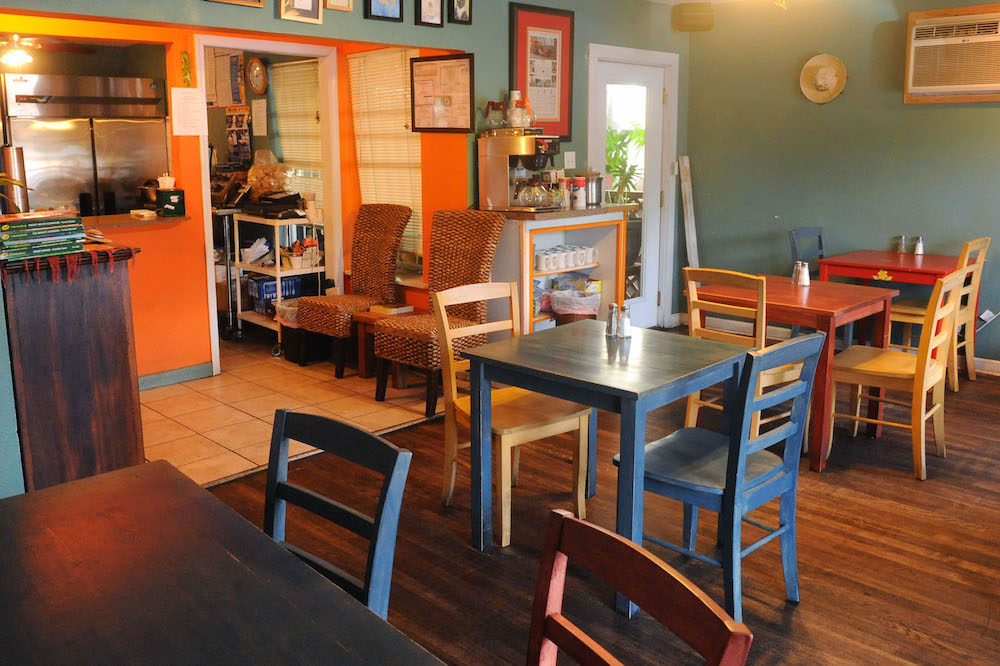 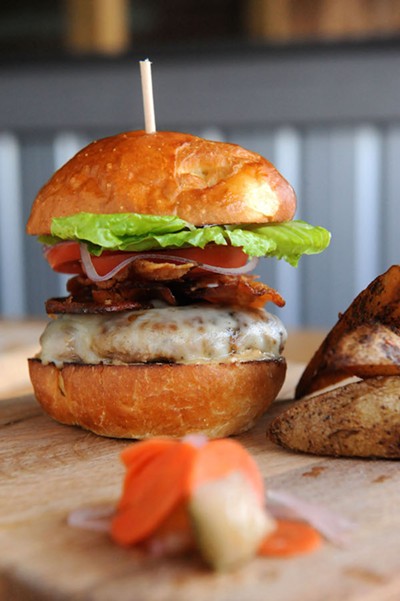 Ludwig Mies van der Rohe was fond of saying “less is more,” but that’s probably because he never had a Noble sandwich. Take the seared beef tongue piled with smoked green onions, red pepper relish, and tangy aïoli. Who needs minimalism when maximalism is so delicious?

The still-new, but ever-changing menu at Royal Jelly has us rushing back to try everything before the season dictates its expiration. Merguez lamb sliders with fennel-carrot-mint slaw and goat cheese is our current obsession. The all-Texas beer list ranges from sours to stouts, and the full bar makes a mean Mol’e Fashioned. It’s our favorite neighborhood bar – even if we have to travel from several neighborhoods over to enjoy it. 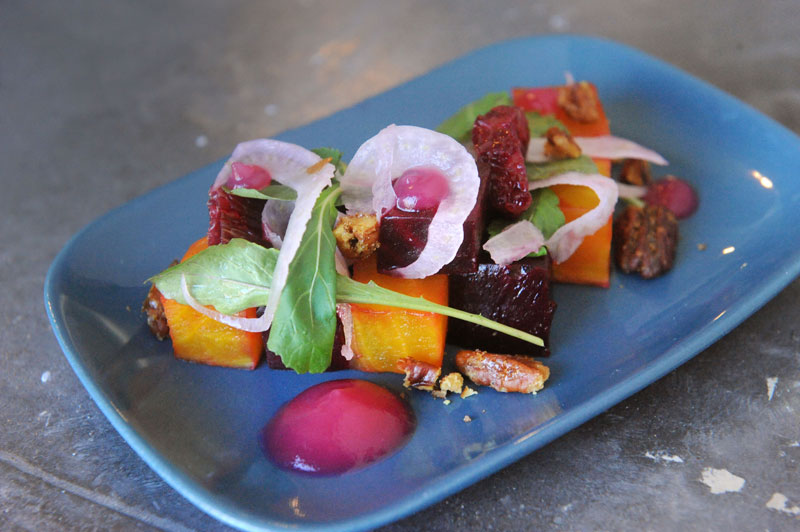 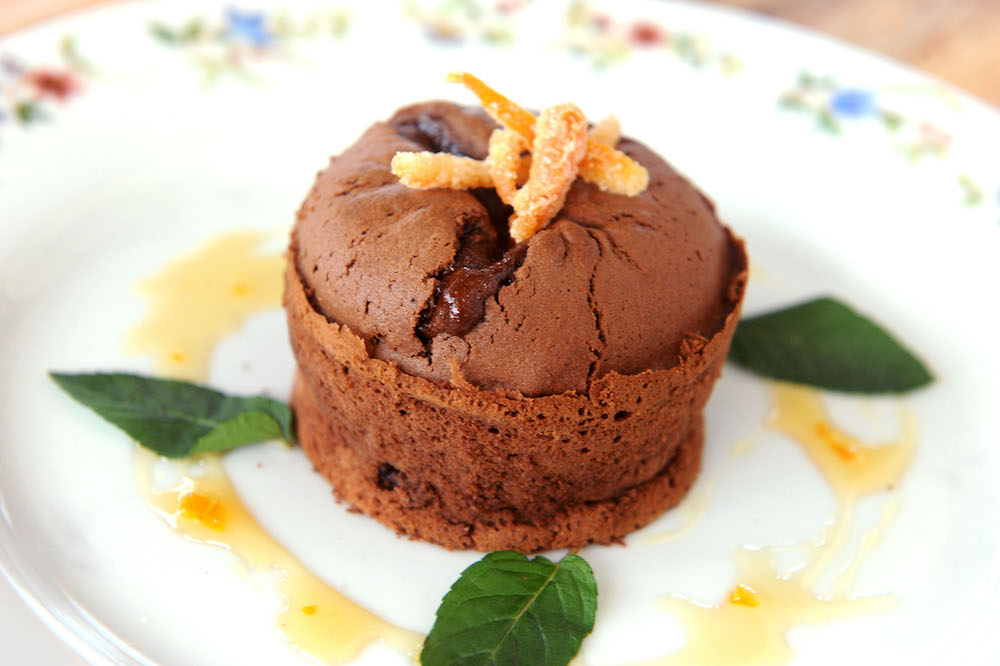 The vision behind this neighborhood spot was to provide wholesome food quickly, and it does just that. Run by former Aquarelle owner, Teresa Wilson, Sala & Betty can still teach Austin’s food scene a thing or two on inventive ways to use vegetables, like its cauliflower tortillas and mushroom “meatloaf,” to name a few. What’s more, you can get your meal to-go via the drive-through.

You know that feeling you have every time Garth Brooks’ “Friends in Low Places” comes on? Stiles Switch is a little like that – comfortingly familiar, a little raucous, and a whole lot of fun. With superb barbecue from owner Shane Stiles and lead pitmaster Lance Kirkpatrick and a killer draft selection, Stiles is always the answer when we want to slip on down 2010 opening. 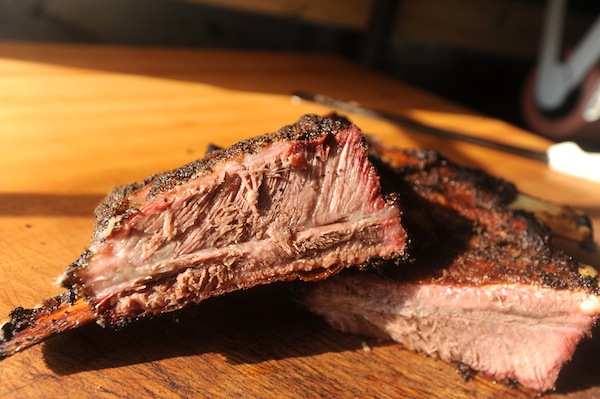 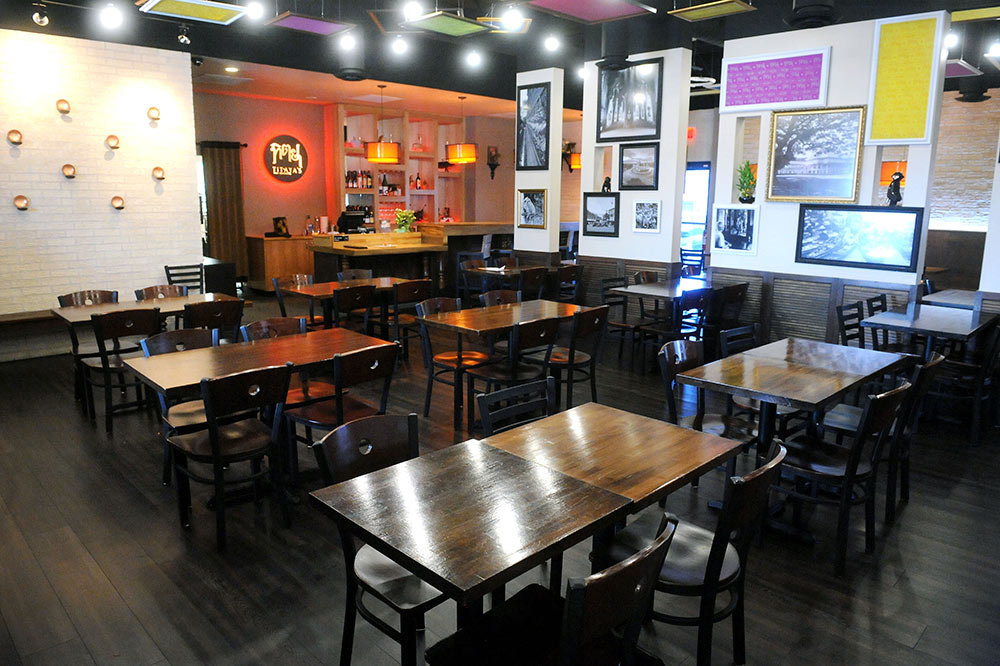 A collective cry was let out when Austin’s mainstay Titaya’s closed for extensive renovations a few years back. Luckily when it reopened after its major face-lift, what came out of its kitchen was still exactly what customers wanted: amazing, non-fussy Thai food, like classic pad cha with crispy fried catfish.

Translated as “child of uchi,” Tyson Cole’s sequel to his now-multiplying Uchi restaurant has grown into an identity of its own. With a killer happy hour, exquisite Japanese farmhouse cuisine, and a kitchen that produces some of Austin’s most talented chefs, it’s no wonder Uchiko has been packed nonstop since its 2010 opening. 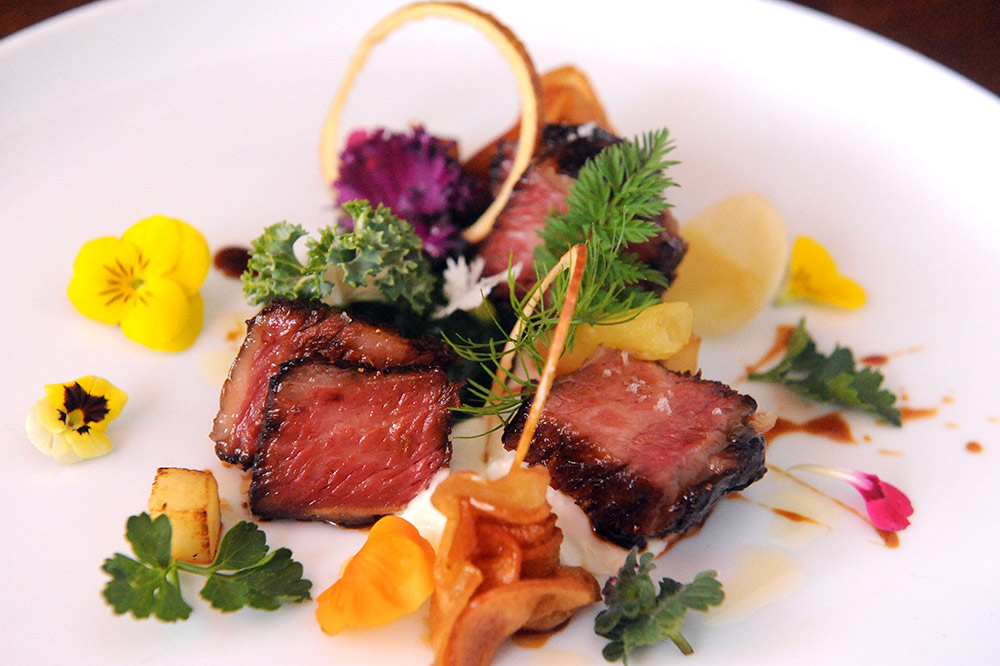 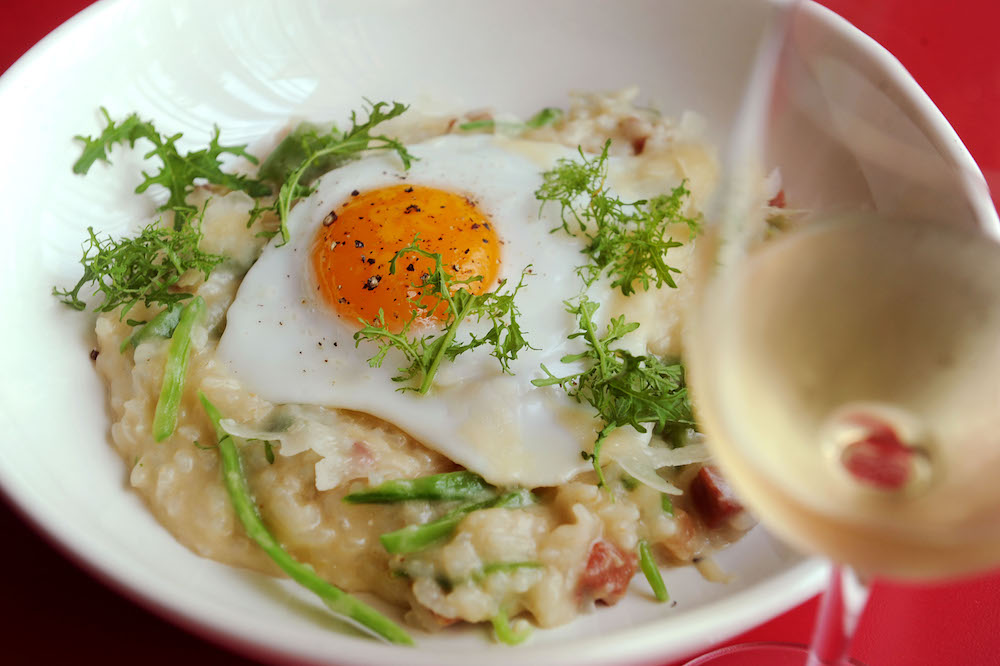 In 2001, Chronicle readers voted this Hyde Park mainstay the Best New Restaurant in our annual Restaurant Poll. Customers haven’t stopped raving since. It’s rare for a restaurant to have longevity over a more than 15-year span; it’s rarer still when a restaurant still feels relevant. Inducted in 2016.

Serving regional Mexican cuisine since 1975, Fonda San Miguel is as much of an Austin icon as it is a great happy hour spot. The walls of the expansive hacienda-style space showcase a fine gallery of Mexican art, and the dishes served are equally remarkable. Do not visit without ordering a ceviche and house margarita. Inducted in 2016. 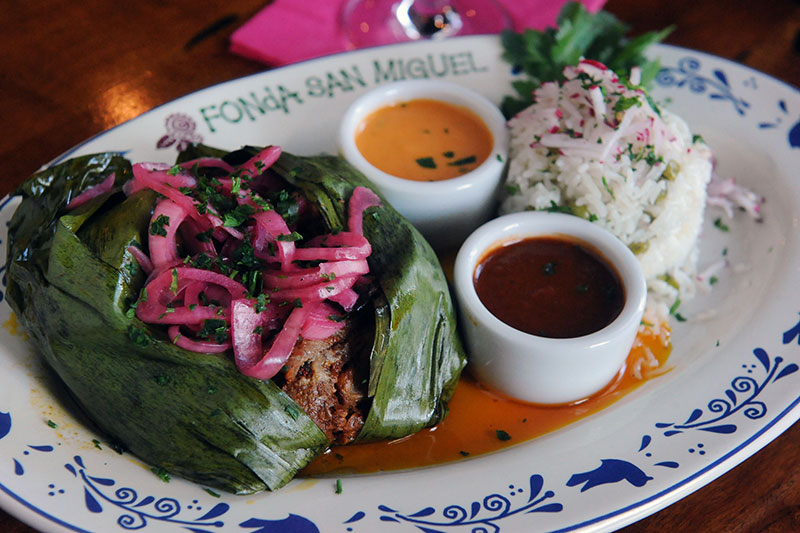 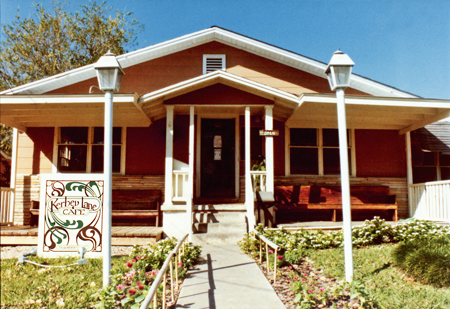 We suppose there’s a sentiment around 24-hour diners like Kerbey Lane that inevitably boils down to “it’s open,” but there are spoons that rise above the greasiness. Most of the locations maintain those endless hours (keep them in your thoughts), and Kerbey Lane has been doing this town a public service for going on 40 years, feeding their wonderfully absorbent and delicious array of pancakes to patrons needing a particular brand of restorative. We recommend starting with the Cowboy Queso before moving on to the California Omelet. In a town that constantly reckons with its identity, Kerbey’s recent expansion into the Mueller community solidifies and expands on its role as a particular and much-needed cultural and culinary mainstay. Inducted in 2019.

Did you know that this Austin institution supplies many of your favorite restaurants with fresh Gulf seafood? Even better, their own menu will satisfy just about any seafood craving you’ve got: peel-n-eat shrimp, grilled Texas black drum, and buttery lobster. Plus, they’ve got that family reunion-style mac & cheese you not-so-secretly love. Inducted in 2017. 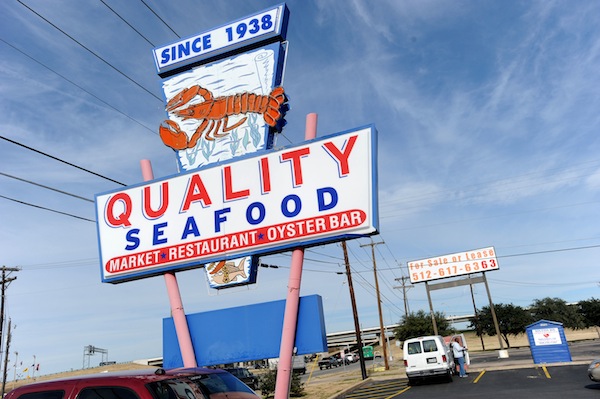 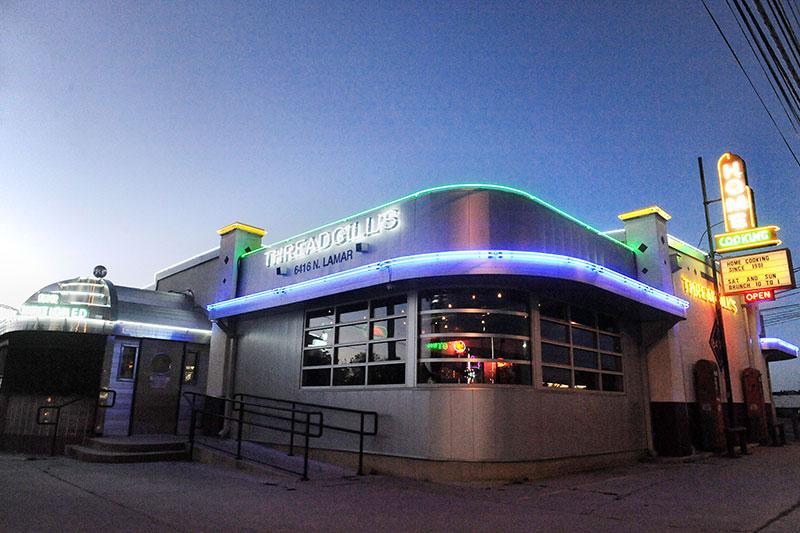 Hall of Fame
Threadgill's Old No. 1

Calling Eddie Wilson’s down-home restaurant an institution is an understatement. Generations of Austinites have downed a beer (or two) at Threadgill’s while feasting on chicken-fried steaks that are as legendary as the musicians who performed there. The massive selection of sides still makes us hoot and holler. Inducted in 2016.

We’ve sampled so many delicious selections from this incredibly popular Thai restaurant, from yum nuer (a wonderfully spicy variant on steak salad) to endless combinations of fried rice and a selection of curry that has no equal. But there are two dishes (both staff favorites) that we return to time and time again: the pork garlic mixed peppercorn, with its wonderfully seasoned meat and vibrant spinach salad, and the Ta-lay Dancing, a three-chile-hot seafood, mushroom, tomato, and onion medley in tom yum sauce. Add to that the skillful and eternally effusive waitstaff who cover the comfortably cozy space with an ease that mimics a flawless dance routine, and you have all the makings of a perfect dining experience. Inducted in 2019.