A NOTE FROM THE EDITOR: From the very first day I took on the Food Editor position, the most frequently asked question has always been the same: "What are the best places to eat in Austin?" In answer, I would hem and haw, doing my best to avoid the subject. "You'll find out soon enough," I would say. "Just wait until we publish First Plates." ... MORELESS

Part of the vagueness was not wanting to reveal my hand too early, but the truth is that answering that question is harder than it seems. What makes a First Plate is almost a big bang. Food is part of the equation. Nourishment is, after all, the primary function of a restaurant. But in Austin, that doesn't only include protein and carbs. It also includes all the other ingredients that give us life, from the hospitality of the front of house, to the details of the design, to the technical prowess of the kitchen.

Throughout the supplement, our contributing writers zero in on some of these elements, from ethical beef and honey, to lemongrass and forbidden rice. It's what makes the Austin dining scene one of the most vibrant in the nation. We're nowhere near sating our appetite.

But as the First Plates awards continue to evolve, we've had to make some tough choices. We agreed early on that only 100 restaurants would make the cut, even if that meant that many of our favorites would be left off the list. We also agreed that both staff writer (and grande dame of Austin food) Virginia B. Wood and I would put our necks on the line by naming Top 10s. To make it easier on ourselves, we decided that only restaurants serving a full menu would be considered for First Plates – eliminating many of our favorite places to get gelato, craft cocktails, and croissants.

Even so, any restaurant that was open in any part of 2014 was considered. We had many informal discussions and meetings, a packed schedule of restaurant visits to refresh our memory, and a few sleepless nights. The list was drafted and revised until the very last moment. We feel the final 100 capture our wide-ranging scene, and hope it will be a year-round resource. And next year, we'll do it all over again. It's no accident that we subtitled First Plates the 100 restaurants defining Austin dining now.

Shout-outs go out to contributing writers Mick Vann, Claudia Alarcón, Rachel Feit, Kate Thornberry, Melanie Haupt, Jessi Cape, Anna Toon, Adrienne Whitehorse, and Amy Kamp, who contributed their palates and pens to First Plates. Our proofing team (Whitehorse, Danielle White, Nina Hernandez, and Kat McNevins) made sure these Plates were clean. Our marketing wizards, Sarah Wolf and Lia Crockett, planned a week's worth of celebration, all while gearing up for South by Southwest and the Austin Music Awards. Kate X Messer was invaluable in handling our online content. And Creative Director Jason Stout and Production Manager Chris Linnen are responsible for the section's handsome new look. I'm proud to work with them all.

Special appreciation goes out to Wood, whose knowledge, humor, and skill were an ace in the hole, and to Managing Editor Kim Jones, who helped walk this first-time supplement editor off a ledge more times than I can count. Without them both, I could have never stepped up to the Plates. – Brandon Watson 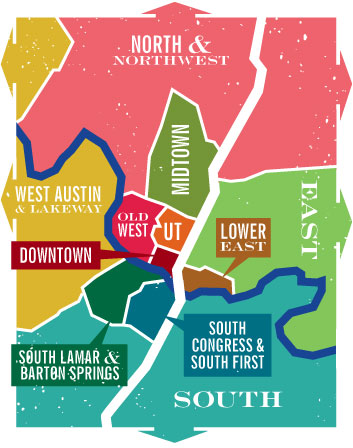 Blurring the lines of Thai cuisine

Now you can drink the Chronicle

What’s Cooking in the Entomophagy Scene?

Small You Care to Eat

Eggs are all they're cracked up to be and then some

Five cafes a conversation away from Austin