2013 WAS AN EXCITING TIME to be writing about the Austin food scene, with restaurants opening at a breakneck pace, unprecedented growth and expansion by homegrown chains, popular trailers converting to brick-and-mortar operations, the proliferation of pop-up restaurants and subscription supper clubs, and local, chef-driven fine-dining dynasties developing crowd-pleasing concepts. ... MORELESS

One of the main reasons we retired the annual Austin Chronicle Restaurant Poll and replaced it with our First Plates Awards last year was to create an awards system that better reflected the fluidity and dynamism of our local culinary scene. The First Plates Awards will now be a permanent fixture in our annual February Food Issue. All the writers who contribute to our food section will keep an eye on changes, trends, and developments during the year in an effort to make sure that each year’s list is an accurate representation of what’s happening in restaurants in neighborhoods all over the Austin metro area.

For our current awards list, we considered restaurants that were open during any part of 2013, with the exceptions of places such as the Driskill Grill and TRIO at the Four Seasons, both of which closed for refurbishment or rebranding while the issue was being put together, and Noble Sandwich Company, which was closing for a long-awaited relocation just as the issue hits the stands. We’ll have a chance to check them out for next year’s list, along with places that have opened in early 2014. Where multiple-outlet local chains are concerned, we’ve only recognized one location, but that same rule doesn’t apply to restaurant groups with a variety of different concepts. You’ll notice we’ve also provided lists throughout of outstanding attributes and special dishes that we considered noteworthy in and of themselves.

An undertaking of this magnitude doesn’t come together by magic. Contributing food writers Mick Vann, Wes Marshall, MM Pack, Claudia Alarcón, Rachel Feit, Kate Thornberry, Melanie Haupt, Jessi Cape, Anna Toon, and Gracie Salem all helped me choose this year’s winners, and we appreciated an assist from Zack Anderson, who managed our initial voting database. Our section’s in-house food handler, Managing Editor Kimberley Jones, deserves lots of credit for whipping the massive amount of content we delivered into shape for your ultimate use. And big kudos to our proofreaders Josh Kupecki, Danielle White, Adrienne White, and Amy Kamp, as well as intern Neha Aziz, for their fact-checking prowess. Check out our new First Plate Award winners and let us know what you think! – Virginia B. Wood 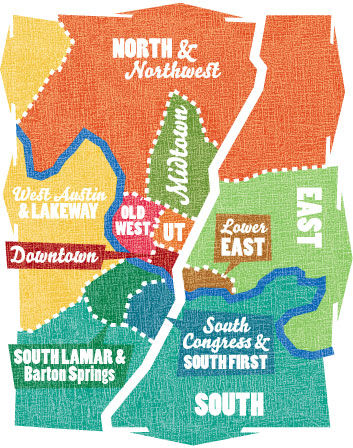 Now you can drink the Chronicle

What’s Cooking in the Entomophagy Scene?

Small You Care to Eat

Eggs are all they're cracked up to be and then some

Five cafes a conversation away from Austin