Designate Your Favorite Austin FC Star Based on Your Beer Preference

Some soccer talent to go with that brew? 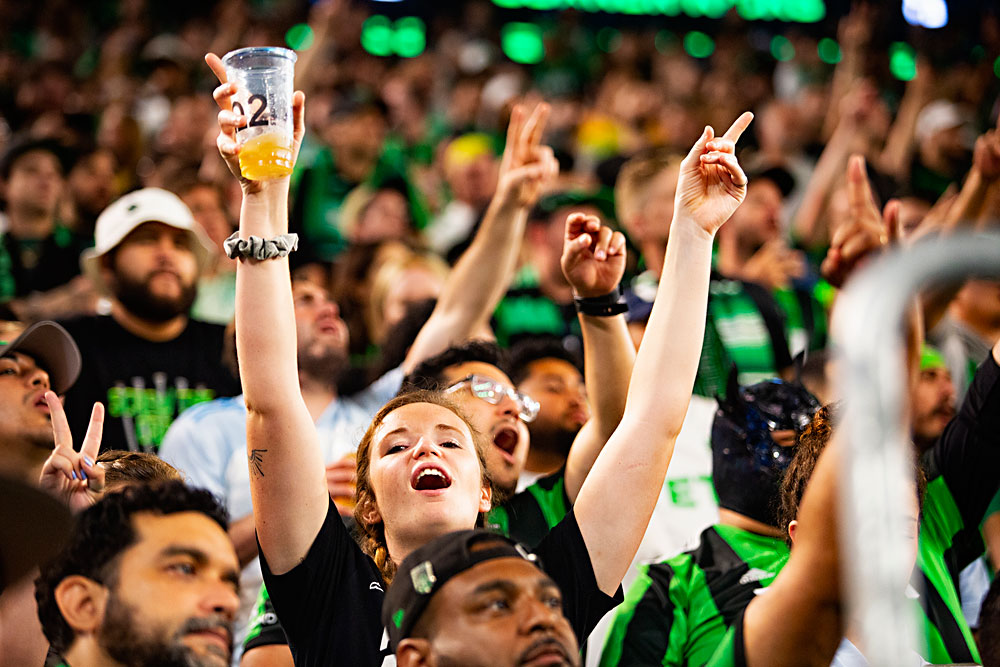 In the not too distant future, when Austin’s benevolent upstart football club is expanding its trophy room to specs at least three times the size of Real Madrid’s, and folks in the second deck at Q2 commit every lyric to “Verdi Negro (Matador)” to rote memory, and all the beer that is spilt in the low 100s is distributed at happy hour rates, Bat City will finally have reached the stature of Soccer City.

But since all of that is still at least one season away, how do we make strides to improve our football-knowin’ credentials? After all, that little mid-match ditty is at least 10 minutes long and entirely in Spanish! It’s gonna take some time with Duolingo.

Well, if there is one thing that Austinites are self-accredited experts in, it’s local beer – and all the stuff that doesn’t end up in our tummies ends up in our hair, so it’s a very holistic, intimate relationship we have with our breweries. And, let’s face it, the main reason why this 21-loss club got anywhere near the enthusiastic attendance it did last year is because we love to fucking party. So why not take all this expertise and apply it to learning more about this club who is (surely!) going into a championship year in 2022?

Based on a possible starting 11 projected by the AC’s resident footy knower, Eric “El Pregunta Mierda del Toro” Goodman, we put together a guide for selecting your Man of the Match based on your favorite style of local beer. And as anyone who has ever been on spring break will tell you, beer will also help you become a very fluent Spanish singer as well. Facts. 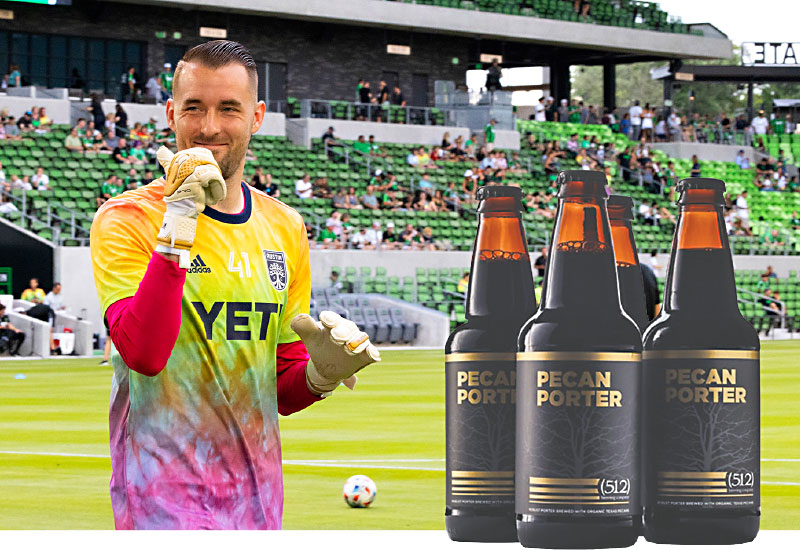 Like "STUUUUUU," our resident goal-frame porter himself, this full-bodied beer style with a robust backbone has unexpectedly carried an entire franchise on its durable back with the same subtle grace as one other local porter (see rec below). Like our keeper, this beer demonstrates a workmanlike commitment to Austin.

Not a lot of people will admit this, but Kolmanič is low-key the most valuable outfield player on Austin FC, much the way this unflashy lager represents the most important style in this city's beermaking repertoire. Pilsners are floral, fresh, zesty – and unjustly seen as ordinary. But real ones know that the intricacy and nuance of skill make Kolmanič and Austin Pilsners both local icons.

You like your football players the way you like your beer: salty, edgy, and sour as hell with the possibility of unpredicted heartburn. Based on your Prilosec intake, this is a game-by-game decision that could either be brilliantly rewarding or require a trip to the bushes.

Ruben Gabrielsen, a large Norwegian man who clocks in at a big-for-soccer 6-feet-1-inch, 192 lbs., is one of the newest Verdiños and will be tasked with protecting Austin's defensive third against goal-hungry enemy strikers like a surly grackle protecting an abandoned tray of fries. Such a figure demands a liquid headcracker like the bristly, double-digit-ABV beer style known as Scotch Ale, or Wee Heavy, because it was taken so seriously, they had to serve it in wee portions.

The worst goal-conceding defense in the Western Conference last season (along with Texas pals, Frisco FC!), "roasted and smoked" was typically how we saw our center backs treated in 2021. Lo, Austin has an entire brewery almost entirely dedicated to such a concept with inimitable smoked beer that has made them globally famous. A match made in hell! Both the central defense and Live Oak's rauchbiers are delightful adventures, so why not stick around for the good times?

Based entirely on grainy YouTube research from some C-League in Colombia, it makes total sense that Valencia will bring a well-rounded sensibility to our central midfield the way a Weizenbock brings a sophisticated, bready balance to a beer spectrum consisting of crushable lagers to acerbic triple IPAs, a role once held together by bubblegum and twist ties by team firecracker Alex Ring. 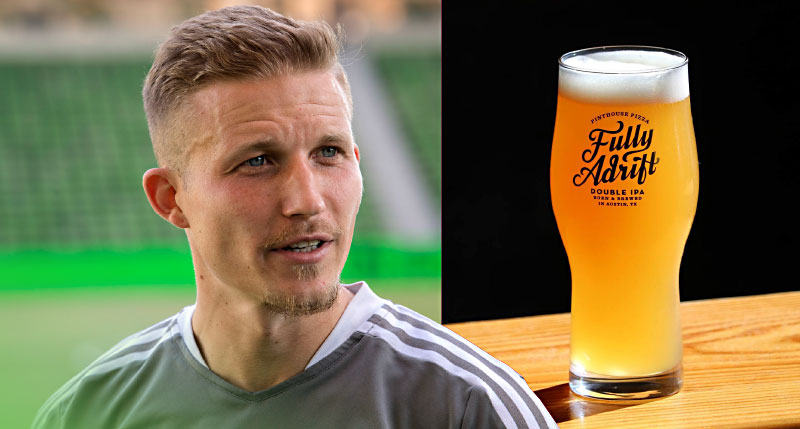 Well, Alex Ring is fresh out of bubblegum and twist ties so he's here to stomp on your best striker's calves like the bitter Finnish midfielder he's destined to be. And what has more of a bitter finish than an enamel-stripping double IPA? You, the shameless hophead, would love nothing better than to go studs up on those "What do you have that's not bitter?" softies.

There's little doubt that the attacking quality of the squad improved dramatically when "False-9-Possibly-a-10-Who-Knows" Sebastián Druissi came aboard in early August. Druissi's smooth and saccharine footwork and distribution through the middle of the pitch looked exciting and glitzy to a fan base used to observing football men with their boots laced on backward. And the hype! The hype! It was worthy of comparison to all those elusive, syrupy-sweet pastry stouts that one sees lardy beer fans lining for up all over town. 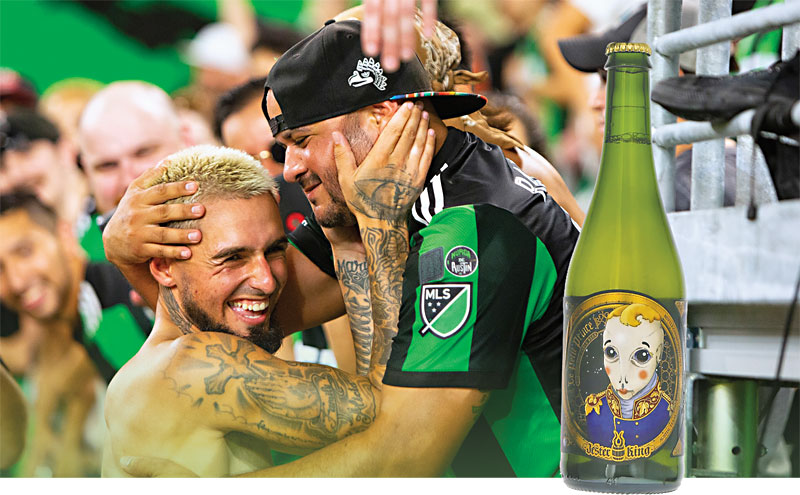 Light and crisp. Refreshingly bubbly. Full of balance and flavor. But does this describe the beer style or the football star? The answer is: Definitely. 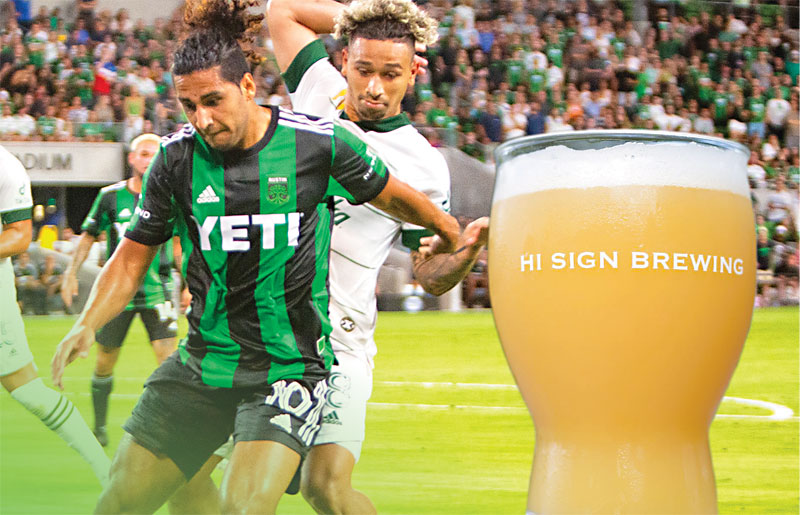 Ah, the thing with Domínguez is the wild inconsistency. He'll fire a top bin screamer that transforms the entire supporters' section into a 30-row sprinkler head one moment, then dent a Tesla in the luxury lot the next. But we'll willingly take the bangers with the, uh, howlers if it means we get some quality finishes. Likewise, there is palpable uncertainty with hazy IPAs. Lesser versions are pithy, wrong-footed clunkers that make Diana Ross' go of it in the ‘94 World Cup opening ceremony look like a clinical Harry Kane penalty, while the best ones are lovely, pillowy, tropical-tasting finishes that are worth the perseverance.

When Djitté finally got on the pitch after 74 billion years of waiting for his damned visas to clear or whatever the holdup was, the enthusiasm in the stands went up by at least 20%. And this was for an already saucy fan base who'll howl for even the slightest mention of something mundane, like the gaffer wearing a new green sweater or something. Same vibe when some awesome pal of yours breaks out a bottle of this big ol' walloping bastard at a baby shower, where the ABV accelerates past 10% and has the same regard for your intestines as Djitté does for a defender's ankles. Like our powerful No. 9 (who wears, uh, No. 2), this is a big and bold choice, a marauder on the palate, the Senegal Lukaku of beers. Vamos!