The Austin Chronicle at “40” 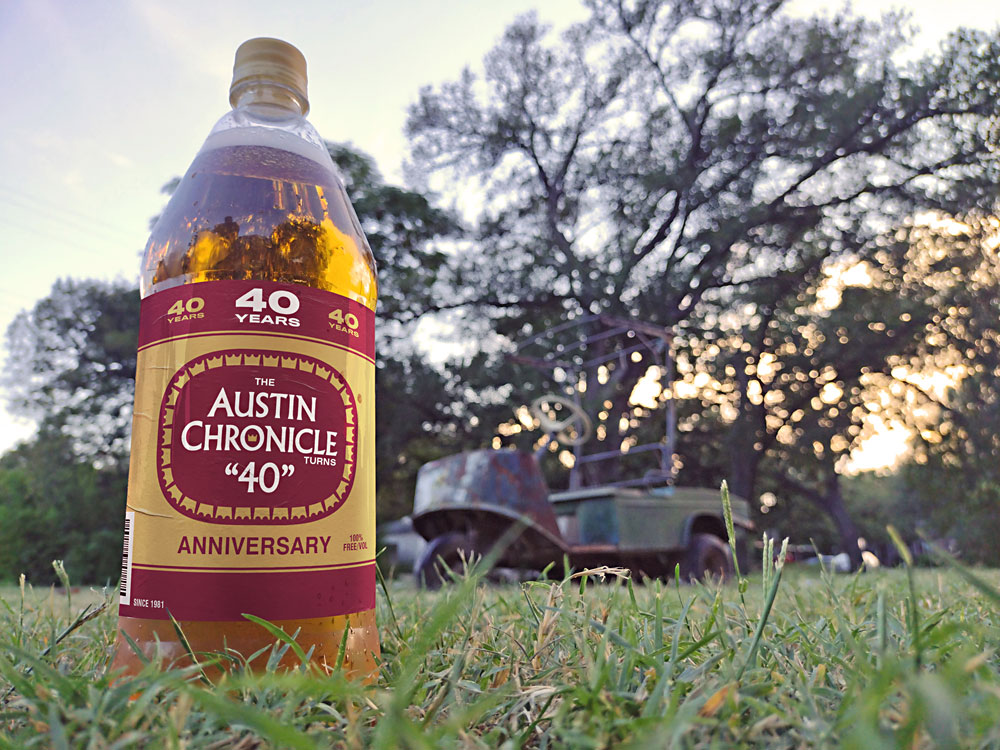 Photo and design by Zeke Barbaro

Forty years is a long time. A long time in human life, a long time in the life of a relatively young city, and a long time for a business to stay around. As the only person still working here for the entire 40 years, I got tabbed to write an introduction to this special anniversary section, but all I want to write is, thank you. Thanks to everyone who contributed their story here; to everyone who's contributed to the Chronicle over the years; to KJ, our editor-in-chief, who "pulled an anniversary issue out of her ass," as she put it in a recent meeting; and to Austin's creative community – musicians, sound people, bouncers, gaffers, actors, stagehands, techies, fans, venue owners; if that's your life, you know who you are – who continue to make this town a special place to live. I won't be here in another 40 years, but I hope the Chronicle still is, and that it still emanates the kind of spirit you'll find reflected in the following pages.

There's a mix here of old and new, and topics ranging all across the board, but it skews toward the latter half of the Chronicle's history, with a focus on the stories we've covered more than on the paper itself. For a deeper dive into the hidden crevices of Chronicle history, see our 20th and 30th anniversary issues online – if you're interested, I'll bet you can figure out those dates on your own.