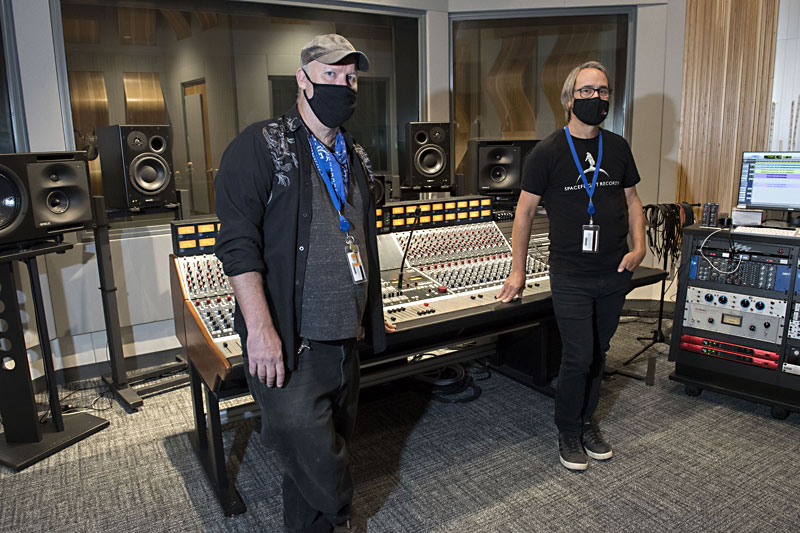 In a city flush with great music-making facilities, one of the most state-of-the-art recording studios is at – of all places – the community college.

At Studio A, inside Austin Community College's Highland campus, a sky-high ceiling gives an unencumbered air to the big three-section cutting room lined with curved panels that look like wooden sound waves. Three large windows look into an unusually spacious control room, big enough for a class, with an elite 32-channel Neve 5088 mixing board as its centerpiece.

It's a studio worthy of world-class musicians and engineers, yet available to students paying just $100 per credit hour. You could record a chamber orchestra in there, though for that you might opt for nearby Studio B, outfitted with a covetable SSL 948 console, which is actually connected to a large ensemble practice room. Come to think of it, they could also be recorded in the stunning recital hall that's in the same building.

Walking through the vast assets of the Music Business Performance Technology (MBPT) department at ACC Highland, during a tour in June, I'm struck with three thoughts.

1) There's no facility in Central Texas, educational or otherwise, that compares to the scope and quality of this.

2) I can't believe I'm in the lower level of what used to be Austin's shittiest shopping mall.

3) This is the community college music trade school complex that Austin deserves.

For the sake of comparison, in early August I toured the MBPT program's former home at ACC's Northridge campus, which, in contrast, feels more like a state hospital. Tim Dittmar – who's worked in the college's music trade school, formerly known as Commercial Music Management, since 2000 and now serves as department chair – stands in the old control room. It's small and boxy with exactly the kind of sound-bouncing parallel walls you don't want in a studio. It's difficult to imagine that they used to hold 12 students, plus instructors, and a recording console in here.

Nothing about the space this department's existed in since 1991 had been ideal. The performance hall was a converted classroom with a creaky floor, MIDI and synth classes were taught in a veritable closet, and, because the studio doubled as a lecture room, there was little space for students to work on assignments. All told, MBPT's footprint amounted to one studio, one general classroom, two converted control rooms, and a half a lab – somehow serving hundreds of students per semester.

Incredibly, the department experienced tremendous growth over the last two decades – during most of which it was helmed by now-retired music industry sage Geoffrey Schulman. Student enrollment increased from 225 to 700, the amount of general audio classes tripled, electronic composition courses expanded from a single MIDI class to a robust curriculum including sound design, remixing, and hip-hop production.

"It was like Tetris because there were all these classes that we knew we needed, but we were always maxed out on space," says longtime MBPT studio manager Kurtis Machler. "We still always found a way to shoehorn some more in."

Musicians are exceptional at making do with limited means. Like Machler and Dittmar, both owning 30-plus year legacies of playing in and recording Austin bands, most of the department's 40 employees are musicians – the rest being industry professionals. A scrappy ethic faceted into MBPT's evolution: Grant proposals helped purchase out-of-budget gear and, to remedy the lack of space for hands-on training, the program partnered with churches, studios, and venues to provide students with experience.

"Without the staff being super creative and our faculty being able to work with what they had, we never would've been able to pull off what we did at this campus and be successful," says Ditmarr.

Now, after decades of adapting an undersized, handed-down space, the department – which has remained at full enrollment, even throughout the pandemic – finally inhabits a creative campus designed specifically for what they're teaching. As a result, Ditmarr projects the program could eventually double its student body. 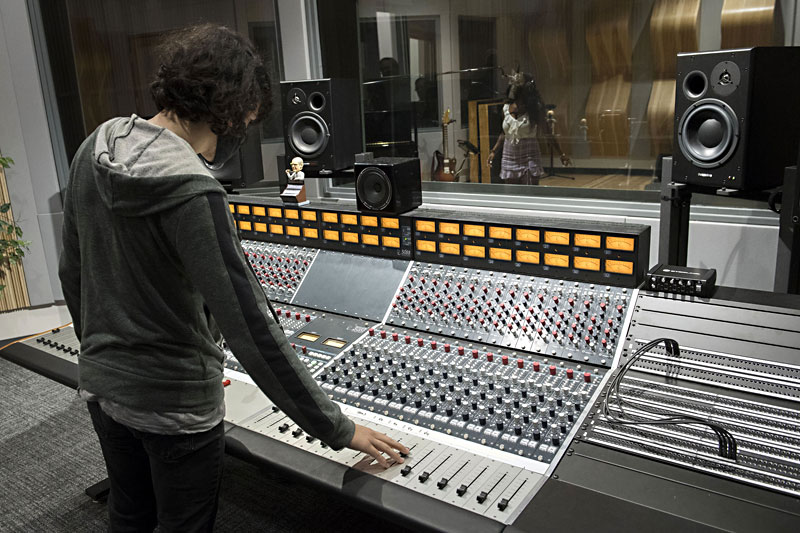 When voters approved a $386 million ACC bond in 2014, MBPT staff understood it would revolutionize their program, but to what extent was uncertain. Throughout the following year, Dittmar, Machler, and other department representatives met frequently with architects, acousticians, and consultants discussing their space in Highland's phase two design and how it would be outfitted.

"We were asking for the dream stuff ... and we got everything," Machler says.

MBPT's campus now includes five smart labs, where each seat has a laptop and MIDI keyboard; four mix suites – one featuring a 16-channel Neve console, a foley studio complete with a pit to break stuff in, and rehearsal rooms with virtual acoustic effects, in addition to the recording studios.

"One of the goals of this new campus is more interaction between departments," he says. "These students can get experience doing sound design with gaming students or score a movie with film students. That's been the dream, but the logistics of the original building didn't allow it."

Within ACC, there are academic disciplines and workforce disciplines. MBPT qualifies as the latter: a trade school. Ditmarr, being an experienced live sound engineer, is acutely aware that some enrollees are looking for a job rather than a degree.

"I would never encourage someone who wants to be a tour manager or a live sound person to spend $75,000 a year on an education. It doesn't make any sense and no one's ever gonna ask to see your degree," he says, noting that they place 40-50 students a semester in internships at music businesses like C3 Presents and Circuit of the Americas. "I encourage students to get a degree, but if you want to take Live Sound 1 and 2 so you can start working running sound at concerts, cool! $600 and you're working and you've already made some connections."

Ditmarr says he hasn't played a show in 10 years where the venue's sound engineer hadn't been through the MBPT program.

One alumnus, Charles Medlin, signed up for ACC's music trade program so he could save money by recording his own band. After getting an associate's degree with an emphasis in audio engineering, he took a six-month internship at Machler's studio, Million Dollar Sound.

"He was the first to take me under his wing," Medlin says of Machler. "He told me, 'You know, I think you're gonna be able to make some money doing this' and started throwing me [audio engineering] jobs. I was able to quit Sears within a year and everything I've done since has been music-related."

"Live sound, here in Austin, there's a lot of work for it," he reports. "ACC has also partnered up with a lot of different production companies in town for internships and they can lead to big A/V production money where you're working higher end commercial gigs."

Medlin notes that ACC's new facilities utilize DANTE (Digital Audio Network Through Ethernet) systems, which he calls the next big thing in A/V and that having experience with that will set students up for well-paying jobs.

Meanwhile, Dittmar says being workforce-oriented, rather than academic, allows MBPT to create classes for specifically local needs. Many enrollees are music makers wanting to fine tune their skills as independent artists. In that regard, he points to classes like PR & Marketing for Creatives – taught by Juice Consulting's Heather Wagner Reed, Ray LaManna's Hip-Hop Production course, and Music Career Organization with author Debbie Stanley.

"Some students come for a degree, some just come for a job, often it's training musicians on the business side, or sometimes it's just helping them figure out life because it's a community college," Dittmar muses. "Our department's faculty and staff are on board with that. The main satisfaction of the job is seeing our students succeed, and that can mean so many different things."