KLRU gets a renewed focus on community outreach Across the city, as school semesters start back up, the job market begins to revive, and leases expire, one thing is clear: It's moving season in Austin. Austinites, new and native, can be found packing boxes, changing their mail forward addresses, and leaving behind old memories in order to create new ones. Now KLRU joins that migration as the local PBS station's time at the University of Texas comes to an end and it prepares for an imminent move to ACC's new Highland Campus.

Since its formation in 1979, KLRU has operated out of UT-Austin. During that time, the station partnered with the university to make use of its broadcasting facilities and to offer opportunities and resources to students. But as UT's College of Communications expanded, it grew harder to accommodate Austin PBS alongside the college's own massive growth.

When Bill Stotesbery, the outgoing CEO and general manager of KLRU, went looking for a new partnership, he sought opportunities for the station to more broadly engage with the community. Austin Community College rose as a natural fit. Like Austin PBS, ACC places the community as its primary focus, seeking to make an impact on Central Texas. 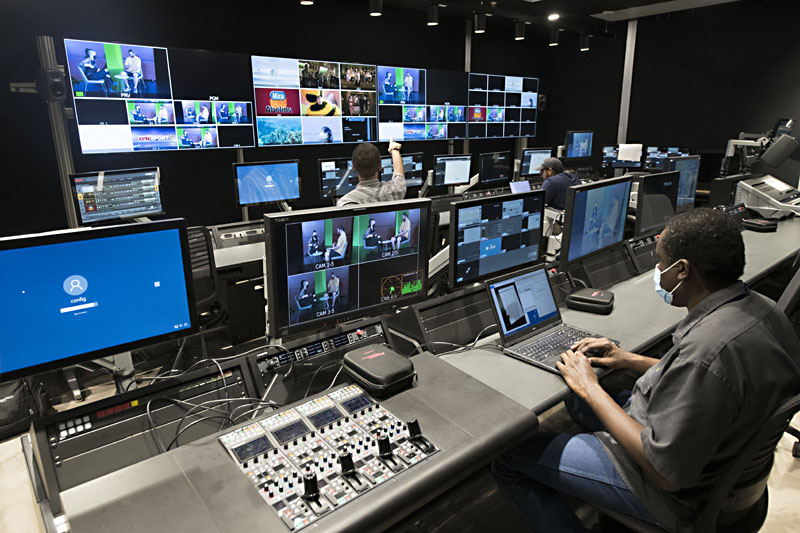 Highland Campus, renovated from the carcass of the old Highland Mall, recently completed buildout on a new mixed-media community center. In collaboration with Austin PBS, the facility will include the Austin Media Center, which will serve as the station's new operational base and broadcasting station including two studios, conference suites, and an event space, all created with the intent of being made publicly available in one way or another. The station had originally planned on moving back in February, but the winter freeze has caused delays, and the plan is to start broadcasting out of their new home in early 2022. In the meantime, they are working at a limited capacity out of UT's communications department until the transition is complete.

The focus of this new chapter in Austin PBS's history will be on "making an impact in the way we do production," Stotesbery says, and that will open creative possibilities for the community and ACC. Students will have access to its studio and equipment, with the intention of aiding not just radio and film students, but those studying a wide variety of artistic disciplines.

Christian Raymond, department chair of Radio, Television, and Film at ACC, is enthusiastic about the new partnership and the industry at large. "Whether it's a few seconds or a few hours, the ability to tell a well-crafted story using many different types of media – be it video, podcast, interactive virtual reality – has never been more important, both as a cultural building block and from a workforce standpoint." The two entities have already developed a new Streaming Television & Broadcast Production degree plan. In it, students will interact directly with Austin PBS and ACC-TV to learn the fundamentals of media production. Raymond says, "As we get started we're really just touching the surface of where this community collaboration can take us with the quickly evolving media landscape being the limit – and it's virtually limitless."

While the prospect of a shiny new studio space is certainly exciting, there is undoubtedly a sentimental atmosphere at KLRU as they begin the process of leaving the nest. After 17 years with Austin PBS, all spent operating out of UT, Stotesbery (who announced his retirement this month) was not shy in admitting he will miss the university campus. "When you've been someplace that long and you know every square inch of the building ... and you know that this is where notable things happened," he says. "There's just a million things that you think of as you get ready to leave. It's been a very nostalgic and very emotional time."