Two Music Critics Dive Back Into the Scene

Raoul and Kevin hit the clubs for the first time in 14 months, and only one of them has a psychedelic freakout 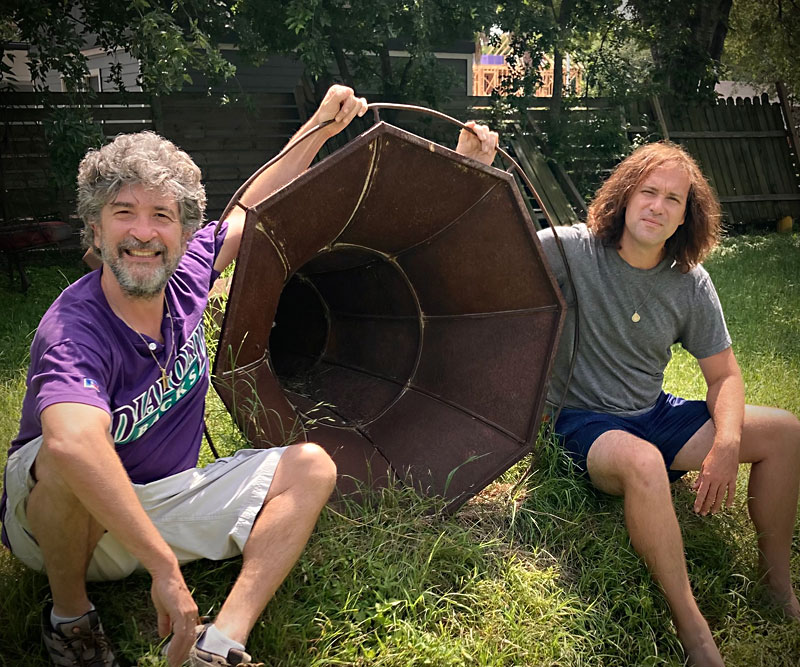 Raoul: Hey dude, so Saturday I attended my first show since the 2020 Austin Music Awards: Nemegata and Tiarra Girls at the Far Out Lounge, a new venue for me. The idea of witnessing live music again sounded so novel that Agnes asked to tag along, which she never does. Date night in far South Austin proved an evening we'll never forget.

Kevin: First show? Pshhh, rookie. I've been back at concerts for six weeks – though not anywhere near my pre-pandemic click of five nights a week. After a year away, I find myself so enthusiastic about live music that I even get excited watching bands soundcheck, like, "Oh yeah, that snare's gonna sound goooood!" So far, the act I've seen the most is Jesse Ebaugh's great hippie country band the Tender Things. I caught them at Spaceflight Records' Scholz Garten series and at the Long Time, performing during a sandlot baseball game, both outside shows, which feel pretty safe.

Raoul: Nemegata soundchecks a song, walks off, and Agnes goes, "Wait, what!? That's IT?" We're soooo green again – born again live-music virgins. Lemme tell you this, though: When that band began to glow phosphorus – that Colombian voodoo of theirs – I turns to the wife and sez, "Live music is alive and well in Austin, Texas." And the Tiarra Girls, fuggedaboutit. They went off like ZZ Top meets Selena.

Kevin: I've felt the "Live music is alive and well in Austin" vibe on different scales. A couple weeks ago, I watched the Fontanelles play a private concert to 30 friends in their backyard and it evidenced this beautiful DIY concert scene that I love. That band is simply lovely: saxophone imbued art-pop, with African grooves and three fantastic vocalists harmonizing idiosyncratic lyrics. It was a going away party for my local guitar hero, Bill Anderson. I also witnessed the resuscitation of live music when Golden Dawn Arkestra brought 600 seated attendees at ACL Live to their feet in early May with their infectious Afrobeat/funk/disco circus. I watched the set from backstage and seeing the sold-out audience come to life as the set raged on was a thing to behold.

Raoul: Not sure I'm ready for a concert on that scale, although there are three Austin City Limits tapings I'd like to see at the Moody in the next month. A year later, all the venues in town go by some variation of "Moody"! That physical dominion over people, though – definitely witnessed it. Those Latin bands at Far Out drew out the dancers, and for rock music, no less. I seriously dug the miles and miles of Texas at that venue, but by the time it got dark, those bands pulled everyone toward the stage like a tractor beam, proverbial moths to flame.

Kevin: The moth analogy reminds me, I had my first pandemic freakout after that Golden Dawn show. I'd eaten some mushrooms and was having a great time with friends backstage, then we all headed to Coconut Club to afterparty. They let our large group in through the alleyway, so I didn't get a sense of how crowded it was until the door opened to a full-capacity squash of people – the kind of environment I used to thrive in, but haven't experienced in over a year. I think I screamed, "Oh fuck no!" and ran out like I was on fire.

Raoul: Well, I became the whole Coconut Club in one person. First off, Far Out's mezcal margarita hit me straight between my third eye like the time they served Jimmy Buffett's own margarita mix at ACL Live and Agnes and I went blind for a week. After a couple of those, I became that guy at the Christmas party: HUGGING ON EVERYONE like COVID-19 never existed. And me, the dude who only felt marginally better about all this after attending the best show evah at COTA: the Pfizer world tour. At Far Out, the bands, their labels, managers, and parents – I hugged 'em ALL and I'm not even that touchy-feely! Worst hangover ever: not the alcohol, but knowing I'd committed the ultimate party foul.

Kevin: Who can blame you? It feels so damn good to be back enjoying the human connection of live music. I might have even encroached a hug or two last week at the Long Center when I saw Harry Edohoukwa and Jake Lloyd fire up impressive sets. That connection is the constant, even when the places change. Speaking of which, I need to take you to the Sagebrush – coolest new venue in town! I know we both have a lot to look forward to. For me, it's Scott H. Biram's Monday night residency at C-Boy's – that opens this week.

Find more live music, in person and livestreaming, in our Club Listings at austinchronicle.com/events/music.

COVID-19, getting back out there, social distancing, live music