Plus our projected depth chart

Austin FC’s inaugural roster is nearly as eclectic as Austin itself. Thirteen countries across four continents are represented among the 24-man squad, which features a healthy mix of MLS journeymen and exciting newcomers. Of all the players primed to don the Verde in 2021, we think these five will make – or break – Austin FC’s debut season. 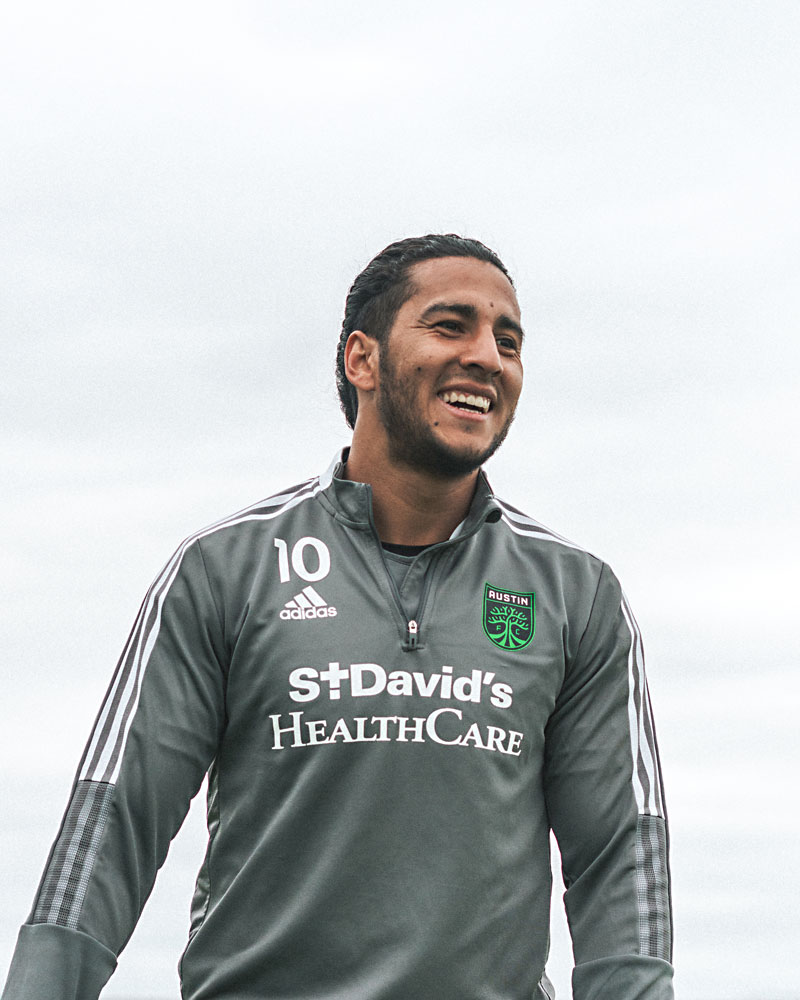 We're kicking off with a package deal because that is exactly what this pair has been since signing as ATXFC's first two players last summer. Domínguez, the older of the two Paraguayan forwards, is expected to shoulder a large role in coach Josh Wolff's attack from the opening game. Wolff has deployed Domínguez in multiple positions during the preseason, believing him to be effective both on the wing and through the middle. Meanwhile, the 21-year-old Redes may start immediately on the right wing or be used as a dynamic substitute. It will be vital for Domínguez and Redes to develop good chemistry; fortunately, Austin FC got ahead of things by making sure the duo spent last season together as teammates at Club Guaraní in Paraguay.

As far as defensive midfielders go in MLS, there aren't many better than Austin FC's steely Finn. Ring established himself as a focal point for New York City FC in four seasons in the Bronx, eventually becoming team captain, a role he could reprise in Austin. Ring is a precise passer and a goal threat from long range, though his most valuable contributions often come on defense. His sharp positioning and tackling ability can cause constant problems for opposing attackers. Austin FC paid handsomely for Ring in a trade with NYC FC to the tune of $1.25 million, but the investment should come with relatively minimal risk.

Austin FC made a big, late splash in the offseason by signing Pochettino from Argentina's Club Talleres for $2.5 million. The Argentine attacking midfielder became a sought-after commodity after a run of good form at the end of the 2020 season. He reportedly received interest from big clubs in Europe and South America. However, Pochettino said he decided to sign with Austin because they showed interest in him early on, before the goals started flowing. His elite vision and creative passing could unlock MLS defenses and lead to frequent scoring opportunities for "El Tree."

The only goalkeeper on Austin FC's roster to have been an MLS starter in the past is Tarbell, who played the majority of games between the posts for the San Jose Earthquakes in 2018. That's the good news. The bad news is that San Jose finished dead last in MLS that year and conceded the second most goals. More recently, though, Tarbell served as the backup keeper for 2020 MLS Cup champions Columbus Crew, starting two playoff games and logging shutouts in both. Austin FC needs Tarbell to maintain his Columbus form, as he almost certainly will start the season as first-choice keeper. 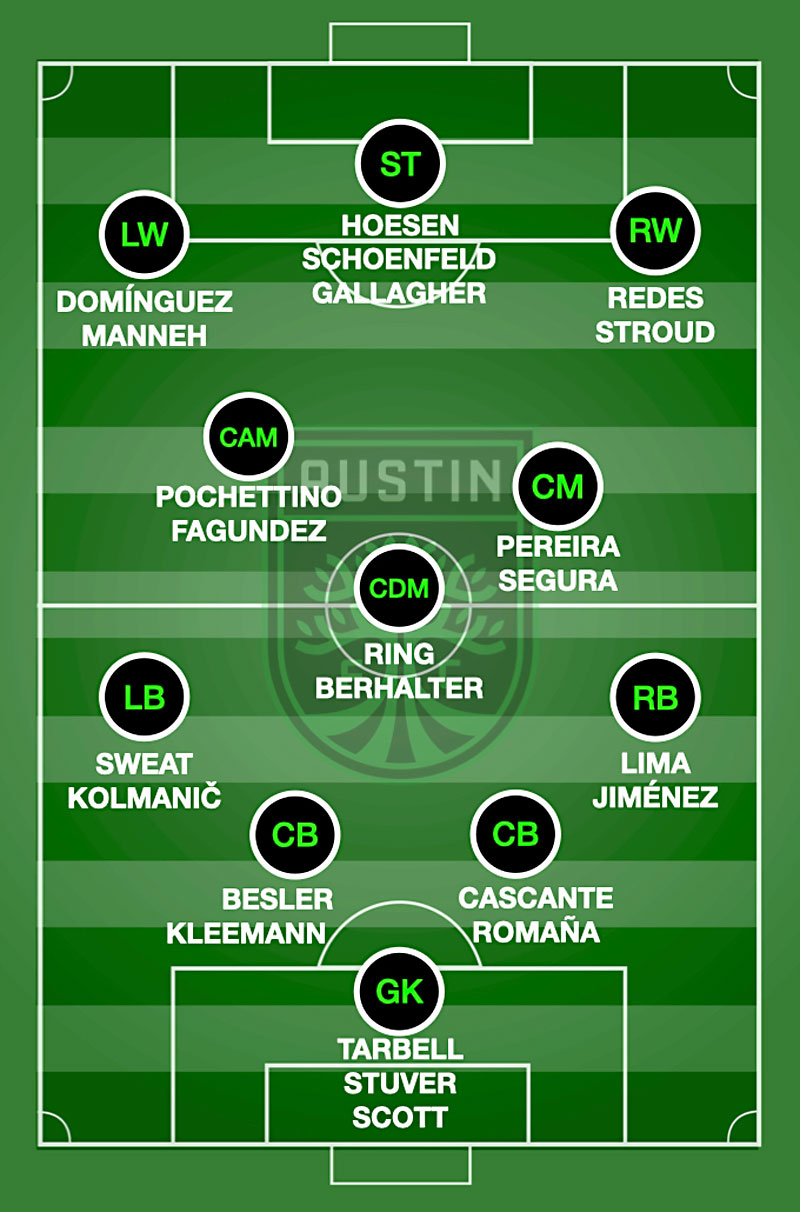 While we expect Austin FC to show a variety of different formations during each game, we're projecting that they'll open the season in what's known as a 4-3-3 formation – four defenders, three midfielders, and three forwards. More specifically, that's two central defenders; two wing backs, expected to go forward and help in the attack as well as cope with the other teams wide attackers; one midfielder who's more defensive-minded, and one who's more an attacker; two attackers on wings; and one striker, who carries most of the scoring burden. Here's the full roster, as we go to press: