Across platforms, she’s taking on sports, politics, and pop culture 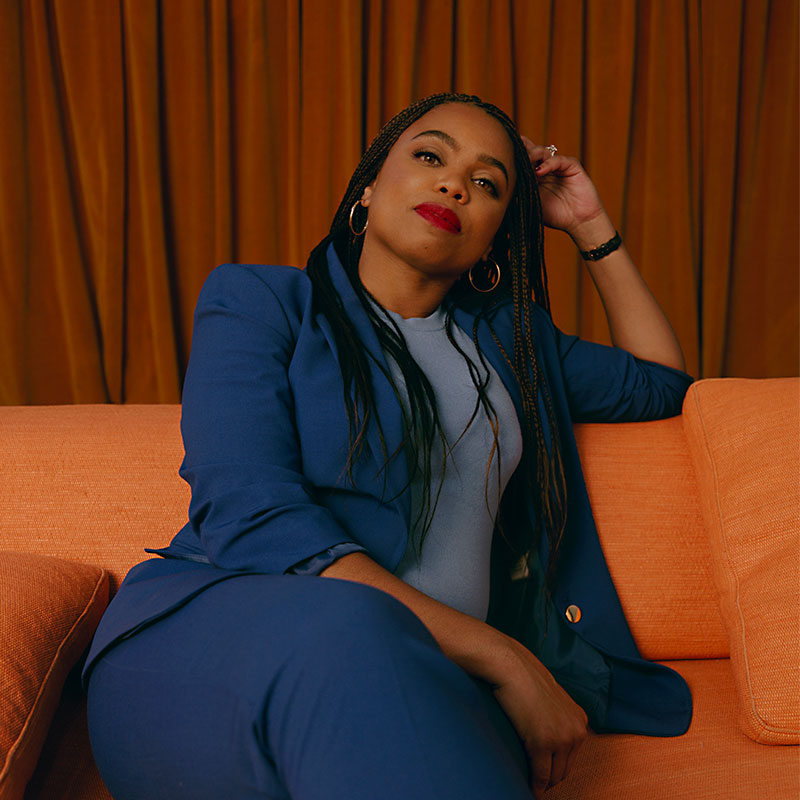 Jemele Hill is keeping her "hate-watchers" busy. In order to absorb all of the provocative sports journalist's circulated thoughts in a given week, it takes several hours across a podcast, a television show, and magazine articles, not to mention appearances up and down cable news anytime an issue from the world of sports reignites difficult national conversations on racial or gender equity.

Hill has never kept her coverage confined to the field of play despite constant demands from the "shut up and dribble" crowd to do exactly that. In 2017, Hill and her then-ESPN colleague Michael Smith were tabbed to anchor the evening edition of the network's flagship show, SportsCenter. Executives hoped Hill and Smith's bold personalities and commentary would inject fresh energy into the ratings-starved weeknight time slot, but instead the arrangement only served to fuel a propaganda narrative that ESPN had become "too political" in its programming. Donald Trump placed Hill squarely at the center of it, tweeting, "With Jemele Hill at the mike [sic], it is no wonder ESPN ratings have tanked."

With the Disney-owned network's leadership eager to suppress the "too political" narrative, an inevitable separation occurred, mutually, in 2018. But that separation has since allowed Hill to blanket the digital media landscape. "I can't singularly be defined as just one thing anymore," Hill told the Chronicle.

"We have unfortunately fictionalized sports and made it seem like this utopian place where only good things happen, which is just simply a lie," Hill said. "So much of what I write and what I discuss is about these things that are happening in sports, that people want to pretend as if they're not happening."

For example, earlier this month, Hill wrote on Twitter that new Texas head football coach Steve Sarkisian was "weak" to assert that his players would stand proudly for the university's spirit song "The Eyes of Texas," which was first sung at minstrel shows, rather than let his Black players take the lead on the issue.

However, Hill also recognizes the opportunity sports provide to foster understanding and togetherness. She is a friend of, and frequent advocate for, former NFL quarterback and civil rights activist Colin Kaepernick. While she's booked to participate in the SXSW Online session "Impacts of Activism" (along with CNN anchor Don Lemon and NFL veteran/philanthropist Malcolm Jenkins), Hill declines to label herself an activist like Kaepernick. Instead, she prefers her identity as a journalist and storyteller, amplifying those she knows are doing the hard work on the ground. "What I try to do is to provide the megaphone," Hill said.

She's currently working with Spotify, the platform that carries her podcast, Jemele Hill Is Unbothered, to develop an entire network of podcasts by and for Black women, an audience she sees as chronically underserved across all media. "It seems like the only time people want to pay attention to Black women is when they need us to be the savior," Hill said. "I want to go beyond this whole 'savior' theme and explore our lives with a level of detail and with content that has generally not been geared toward us."

While Hill's talking head no longer adorns muted sports bar TVs at happy hour, her voice is as loud as ever. Listen to it or tune it out, just don't expect the conversation to begin and end inside a box score.