When Accessing Education Is an IT Problem

AISD plots how to get wi-fi to students 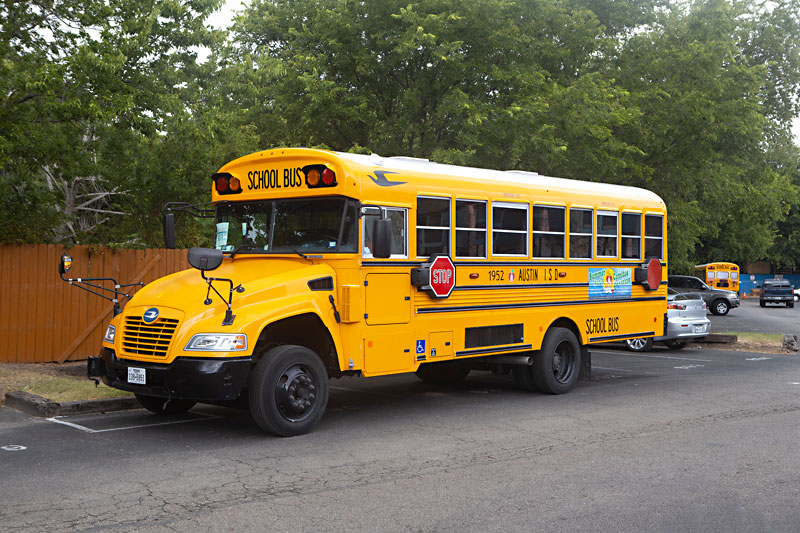 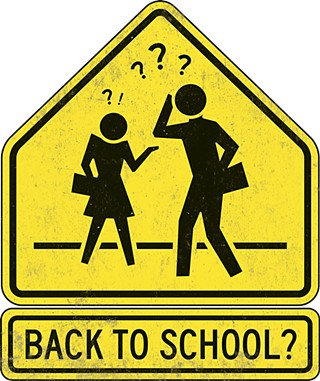 When the Austin Independent School District switched to online-only learning in March, it did so knowing that around 25% of its students – perhaps more than 20,000 – lacked broadband internet connections, according to AISD Chief Technology Officer Kevin Schwartz.

As in-person gatherings, from daily school to monthly neighborhood meetings to annual medical checkups, were called off one by one to prevent the spread of COVID-19, an internet connection became the only conduit keeping students and their families in touch with teachers, employers, doctors, and friends in the outside world. And although it is not classified or regulated as a utility, Schwartz sees the connection as a "lifeline." With schools and libraries, which normally offer free wi-fi access, closed during the pandemic, thousands of Austin families without broadband at home have been left in the lurch.

Tens of thousands of families reached out to the district to request internet support. Schwartz said his department sent 8,000 hotspots, obtained through grants from companies including Verizon and Sprint, to families who requested them. But they were only halfway through the requests – 8,000 more had requested access.

AISD thought it had a stopgap solution – school buses. The district had received a grant from Kajeet to install wi-fi hotspots in its buses before the pandemic broke out, and it repurposed the buses to provide internet access to students at 28 different Austin apartment complexes. The service was limited, as buses operated from 8am through 2pm, and students could only access the hotspot on their school-provided Chromebook, and no usage data could be collected.

This didn't stop the rollout from encountering problems. First, unbelievably, one apartment complex requested the bus hotspots, and then asked AISD not to send them after all – because of conspiracy theory concerns that 5G, a radio technology that the hotspots do not use, contributed to the spread of coronavirus. (It does not.)

In addition, neighborhood leaders and schools had difficulty spreading the word and helping students to get connected. Part of this is due to the nature of being offline: Without a connection, or with only a cell phone as a connection, it's difficult to get information on where buses are, or to navigate logging in.

This was the case for families around Guerrero Thompson Elementary School. Ninety-seven percent of students there are economically disadvantaged, while 83% are English-language learners. Most families in the Georgian Acres neighborhood, where the school is located, are first- or second-generation immigrants, and many parents work in the service industry or construction, according to Principal Briana Garcia.

Garcia estimated that less than half of her students had broadband internet access at home before the pandemic began, and that wi-fi service is "one of the first things our parents tend to cut when times get lean." Many families were left trying to pay bills, arrange telehealth, stay informed, and send their children to school on a limited amount of cell phone data.

The lack of stable internet led to a bitterly ironic paradox. With face-to-face gatherings prohibited for safety, and with few people venturing outside more than once a week, informational posters and advertisements reach fewer people than they used to. An internet connection is needed to discover the very hotspots that provide internet access to offline families.

Daniela Nuñez, the president of the Georgian Acres Neighborhood Association, faced a similar challenge. GANA typically holds monthly in-person meetings to discuss neighborhood business and opportunities, such as the buses. The pandemic has forced the meetings onto Zoom, leading to the exclusion of many in the neighborhood.

"Georgian Acres is home to majority working-class, low-income families, and many families can't afford home internet," Nuñez said. "We're not hearing from them as a neighborhood association because the channels we're using are mostly electronic."

She has pondered putting up posters in the local H-E-B, or reaching out through Spanish-language radio stations, which many families in the neighborhood listen to. Schwartz has faced similar difficulties and said getting the word out is "far and away the biggest challenge" AISD Tech faces.

“The only thing that can reach safely through [home isolation] is this little tiny pipe called the internet. ... It feels like a breathing tube sometimes. It’s a way to get breath to homes.” – AISD Chief Technology Officer Kevin Schwartz

"The only thing that can reach safely through [home isolation] is this little tiny pipe called the internet. And if we can get the connection on one end, the connection on the other, for people to use it? They've got a lifeline," Schwartz said. "It feels like a breathing tube sometimes. It's a way to get breath to homes. It's not perfect, but when it's all you've got, it's everything that you need."

When online classes began, the cell phone internet connection was not strong enough for many students to access Zoom classes. Teachers often called students on their cell phones later in the day, to make sure they had kept up with the work. They also acted as IT specialists for many parents, helping them to navigate the log-in process on phones, and letting them know that hotspots were available.

"The brunt of the weight was carried by my staff," Garcia said. "Without teachers contacting individual families, I don't think we would have had as many families accessing the internet as [we] did."

Even once teachers helped families work out the technical side, the buses were an imperfect solution. Wi-fi buses serve only two of six apartment complexes around Guerrero Thompson, leaving over half of the school's families without access to them, and sending many to try and access the school's wi-fi from its parking lot. Garcia tweeted on July 12 that she saw students sitting outside Guerrero Thompson to complete work in 98º heat. "Dedication is sitting outside during an excessive heat warning to complete online work. We need better options for our Title 1 students."

This fall may bring a better option for many families. AISD Tech spent $2.7 million on 10,000 more hotspots, and plans to distribute them to families in need this fall. It bought 2,000 more than were requested in order to reach out to the families without internet access who were not able to fill out the online survey to request a hotspot. (It also plans to distribute 24,000 iPads to elementary schoolers, who were not given computers this spring.)

The district is constrained by its ever-tightening budget. It did not receive the CARES money earmarked for expenses such as these brought on by the coronavirus pandemic – the state kept that for its own education fund. And it is looking at a $58 million deficit next year.

"We don't have infinite resources as Austin ISD," Schwartz said. "Every dollar that we spend on internet access is a dollar we can't spend on mental health for teachers."

That's why Schwartz looks for a bigger picture solution. He hopes to collaborate with Austin and surrounding cities to bridge the digital divide. Nuñez and Hinely have similar views – that broadband internet ought to be regulated as a utility by the federal government. But if Trump won't step up, they hope local and state governments will find ways to connect.

"It's really just pointing out a weakness we have in our country," Schwartz said. "We have not made internet access a utility. It's always been an extra – families that can have it, have it; it's a privilege – and we're finding out now it's a lifeline."