Kermit the Therapy Dog Wants to Talk About Your Funeral

This grief counselor wears a collar 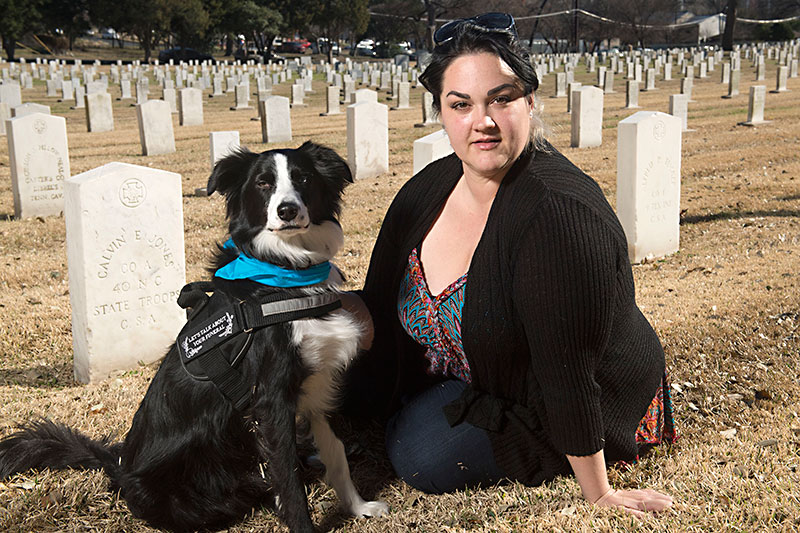 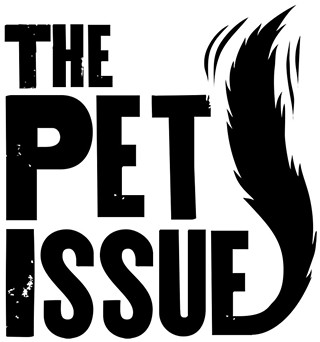 There are many clues that Kermit is not your average pet border collie. For one, he's remarkably calm, greeting people with a subtle lift of his snout and a deep long stare. For another, once he's locked his gaze, you'll notice his mismatching eyes, one blue and one brown. These are the subtle hints. However, the real reason you're likely to discover that Kermit is not so typical is the sign that tells you so on his harness: "Let's talk about your funeral."

Before Melissa Unfred saw Kermit's potential as a possible memento mori, he was simply supposed to be her emotional support animal. In 2016, at the recommendation of her therapist, she sought out a puppy to make her life as a mortician easier. One night, scrolling through countless shelter pet photos, she saw Kermit.

"He was just a little black and white puppy with a brown eye and a blue eye," Unfred says. "I saw him and was like, 'You can talk to this dog about death. That'll make it easy.'"

Now Kermit, the first certified therapy dog working in funeral services in Texas, is making death easier to talk about for everyone he meets. While many funeral homes around the state have comfort animals, still only three dogs in funeral care in all of Texas have the proper certification to make them real therapy dogs. The rest work under the banner of "comfort dogs." This distinction is especially important for Kermit, as the certification allows him to go into places unavoidable for a mortician, like nursing homes and hospitals.

"He has a knack of knowing who to go to," says Unfred. She describes visiting her cousin's burlesque rehearsal. "I was in the back talking, and he climbed up on the couch and curled up on one woman's lap. He stayed there for an hour – and it's not like him to spend that much time with one person. He's a social butterfly." It turns out the woman had suffered a miscarriage not four days before. "He stayed with her the whole time. She told me later, 'That meant so much to me that he could sense that I needed somebody.' She said, 'Even though I had a room full of people that cared, it just meant so much to me that he picked me out first and didn't even leave.'"

Kermit, as evidenced by Unfred's own strong first reaction to the pup, is a natural when it comes to grief and the art of funereal care. Unfred describes how the very night she got him, she received a call for a removal. Kermit was immersed from the beginning, fine with the ride to the nursing home, and still fine when the deceased individual was in the car with him.

"Some dogs are cut out for it and some aren't," Unfred says. Kermit clearly is. In the cemetery where we met to talk about him, Kermit continues to do his job, greeting people as they enter and calming them as they leave. Unfred makes small talk as Kermit works his magic. While his harness may be provocative, it's something about the dog himself that seems to draw people to Kermit.

"He's definitely a conversation starter and a piece of outreach," Unfred says. But as we watch Kermit interact with young and old in the cemetery, it's clear he's also so much more. "I'm sure he takes comfort in me, and I certainly get a lot of comfort from him."

A version of this article appeared in print on February 16, 2018 with the headline: This Grief Counselor Wears a Collar