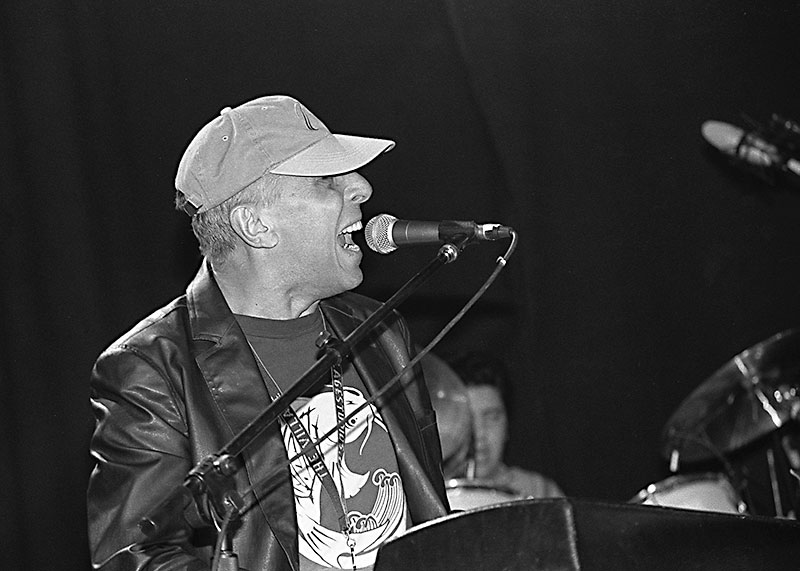 [Sterling Morrison], the Velvet Underground co-founder who moved to Austin in the Seventies after walking out on the seminal two-chord wonder band, was paid tribute by former bandmate John Cale under the guidance of Alejandro Escovedo and the Tosca String Quartet. Opening with Cale on acoustic guitar performing "Amsterdam," the tribute started off slowly, the introspective song bringing the evening's energy level down. Cale taking a seat at the keyboards, he and Escovedo rummaged around Morrison's mood music with a serious, somber tone.

Escovedo's "Tugboat," which crowns his 1996 Rykodisc album With These Hands, didn't exactly lighten the mood any, but it brought out the ghosts like a bulldozer in a graveyard; you could almost feel Morrison's surly self stirring. When the band launched into the last song of the set, "I'm Waiting for the Man," he and Doug Sahm must've been grooving together in paradise. Cale still on the keyboard, Escovedo picked up an electric and gave his longtime drummer Hector Muñoz something to pound about, and pound the band did.

That was what the music intelligentsia had come for, and they were not disappointed. The light of the Velvet Underground was blinding in those moments. – Raoul Hernandez, March 17, 2000