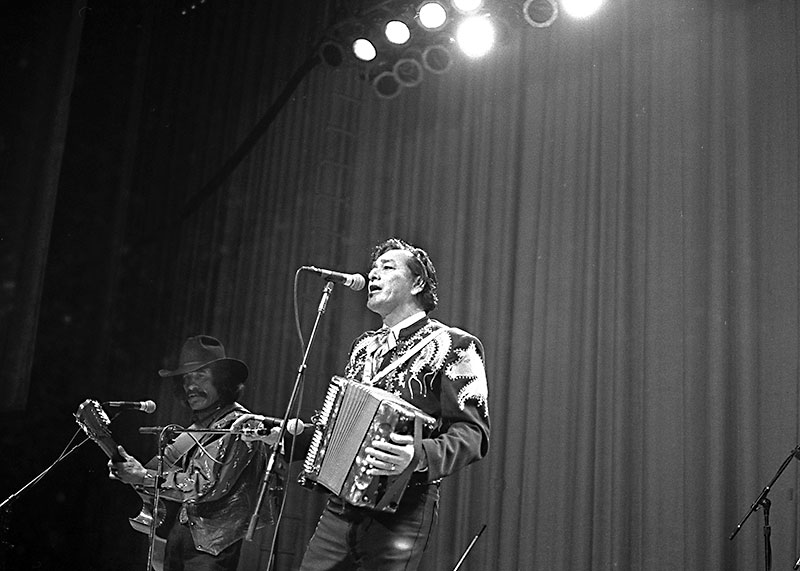 The Convention Center ballroom began buzzing with anticipation immediately prior to Ian McLagan & the Bump Band's tribute to McLagan's Small Faces bandmate Ronnie Lane, who succumbed to multiple sclerosis in 1997. After warming up the crowd with Lane's "Glad and Sorry" and a less sprightly, more mournful arrangement of "Itchycoo Park," the big moment arrived when Pete Townshend strode onstage to play "Kuschty Rye." KGSR's Jody Denberg looked like a kid in a candy store as he harmonized on the chorus.

At song's end, McLagan shook Townshend's hand and Chairman Pete responded by patting Mac on the head. Introducing "Whatcha Gonna Do About It," McLagan noted that Small Faces guitarist Steve Marriott nicked the song's solo from Townshend before exhorting Pete to "take that fucker back." Townshend complied by tearing through a marathon version of the song like it was all in a day's work. The crowd never left their feet while he was onstage.

No one in their right mind wants to follow such an event, but Shawn Sahm & the Tex Mex Experience kept the energy level high. With accordionist Flaco Jiménez and organist Augie Meyers in tow, they paid tribute to fallen Texas Tornados Doug Sahm and Freddy Fender with crowd-pleasing renditions of "Wasted Days and Wasted Nights" and "Who Were You Thinking Of?"

Although virtually every other award winner gave a shout-out to Clifford Antone, the real tribute came at night's end, when guitarists Jimmie Vaughan, Gary Clark Jr., and Derek O'Brien joined special guest harp blower James Cotton to play the departed back home to the blues. Physical traces of Groover's Paradise are increasingly hard to come by in today's Austin, but Augie Meyers' recitation of Doug Sahm's famous exhortation, "Don't take no shit from nobody," was a clear-cut reminder that the groove lives on. – Greg Beets, March 16, 2007