Finding a Friend With More Than Four Legs 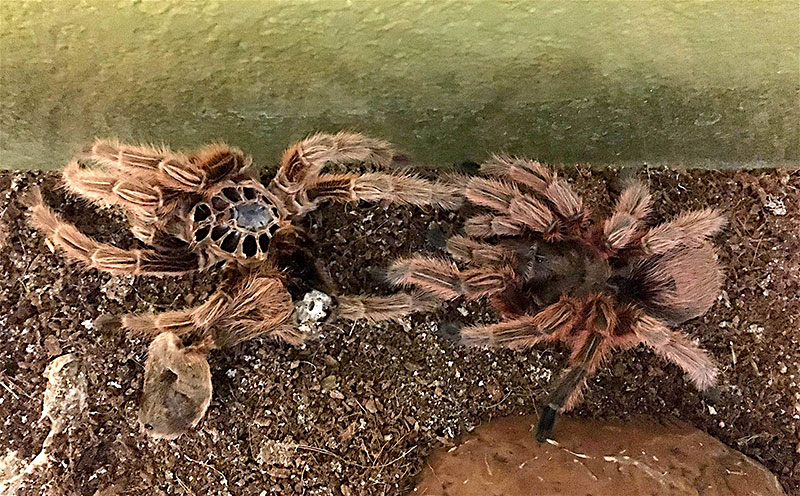 Belvedere the tarantula observes her own molted husk and OH MY GOD THIS REALLY HAPPENED. (Courtesy of Minerva's Wreck) 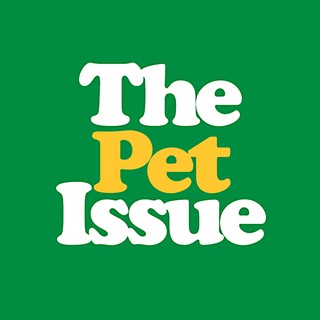 Even pets that are snakes or lizards or turtles or other such reptiles: Noobs, I'm telling you. Tyros. Still-wet-behind-the-ears punks.

Note: Yes, citizen, I'm aware that reptiles don't have actual ears. Do please reach across the aisle and work with me here in metaphoristan, mmmkay?

Go ahead, look at the adorable mammals in this issue. I mean, look at them again, sure, because by the time you get around to reading this article you've already paused for a longer peep at all those cute and cuddly varmints that make you go, like, awwwwwww, like the big old softie you are, regardless of those spiked studs in your leather jacket.

As I said: bunch of goddamn newcomers.

My type of pets were on this planet for hundreds of millions of years before your Bowser or your Mittens or your – what was it? Nigel? – before any of them even thought about differentiating from the scaly, lumbering cynodonts of the early Triassic period. And way before the cynodonts themselves existed.

My pets, as Old-School as Old-School can be while still retaining a semblance of pet-worthy infrastructure, are a Grammostola rosea tarantula and a Hadogenes troglodytes scorpion.

You can see the tarantula (her name's Belvedere, btw) in the accompanying photo above. I know: It looks like two tarantulas, right? But there's only one. That thing on the left, that's Belvedere's discarded husk, molted off as required by her steady growth since I first purchased her (from Austin's excellent Zoo Keeper Exotics) about a year ago.

Note: I'm not going to claim that Belvedere's molting on National Coming Out Day last year was at all intentional – but it was a hella cute coincidence, yes?

She's a sweetheart, this Belvedere, as most Chilean rose-haired tarantulas tend to be. Seriously, if you didn't know: Besides any individual variations of temperament, different species have different levels of fussiness and aggression. Generally speaking, New World tarantulas are pretty chill, while the Old Worlders hew to a slightly more might-just-have-to-fuck-you-up sort of vibe.

My type of pets were on this planet for hundreds of millions of years before your Bowser or your Mittens.

Belvedere tends to pose motionless in her tank, looking all furry and picturesque, when she's not busy digging up the substrate and putting it in her water dish, or laying down a thin sheath of webbing over the ground everywhere (except in one corner of the tank, which she's designated as her, I suppose you'd call it, litter box), or stalking and capturing and nomming her twice-weekly cricket.

Sometimes, when I toss a cricket into her tank, Belvedere rises up to snag it in mid-air as it bounces off the glass wall. Like she's a kind of hairy, eight-legged catcher's mitt. Like she's some old-timey baseball star that I could allude to by name if I were Ken Webster.

But I'm Brenner, and my other pet is a flat rock scorpion named Luluwa. She's six partially segmented inches of dark amber bug with claws and stinger and beady-eyed carapace. She's another mostly harmless arachnid, also from Zoo Keeper, also fed on crickets or mealworms, and just the sort of pet to take out and enliven a house party with – by letting guests gently stroke what they've too long considered A Deadly Threat to Human Existence.

I mean, seriously? Belvedere? Luluwa? C'mon. If either of my pets were a deadly threat to human existence, I would have named them Donald or Trump.

A version of this article appeared in print on February 10, 2017 with the headline: My Pets Are Prehistoric