New products hit the market but not the mark 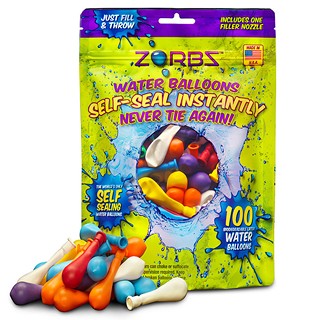 Nothing screams summer like pulling out the garden hose and going a little nuts in the yard while watering the grass. Getting blasted with a stream of cold water on a hot summer's day is a thrill for any kid – or anyone attempting to escape the heat, for that matter. The entire water balloon industry was founded upon this principle.

Who knew there was a water balloon industry? And that it had principles?

Well, it definitely exists and, in fact, has experienced some growth and innovation over the last few years, courtesy of two Texas inventors.

Kendall Harter, inventor, founder, and CEO of Austin's Blue Matrix Labs, and Josh Malone, a Plano, Texas, father of eight, have each contributed great leaps forward in the evolution of the noble water balloon.

Harter, the inventor of the successful home appliance cleaning product Lemi Shine, made quite the splash with his latest, Zorbz Self-Sealing Water Balloons, at this year's Toy Fair held annually in New York City, where the product earned a "Best in Show" award from Popular Science magazine. Zorbz began hitting shelves over this past year under its umbrella brand, Hydro Toys.

What distinguishes Zorbz from other water balloons is a unique "snap & seal" technology, developed to take the time and frustration out of water balloon filling and tying.

Another product that's made a lot of noise with online funding campaigns and TV marketing is Malone's product, Bunch O Balloons (not to be confused with the product Balloon Bonanza, which Malone calls "an exact copy, a knockoff," and is, according to the most elemental of web sleuthing, the subject of a lawsuit brought by the company Zuru, which manufactures Bunch O Balloons, against Telebrands Corp., the company behind Balloon Bonanza). Bunch O Balloons, a crazy octopus-looking apparatus, fills and seals multiple water balloons (40) in the same time and with the same effort as it takes to fill one balloon.

Clearly, these new balloons herald more than superficial tweaks in design or branding.

We first learned of Zorbz via press release and were eager to test them out. The company sent over a few bags, which inspired us to schedule a water balloon fight to shoot for this issue. In our wee bit of online digging, we saw that KVUE-TV put Zorbz to the test last year in one of the station's "Does It Work Wednesday" segments, featuring a water balloon fight between Quita "Killer" Culpepper and Jim "Boom Boom Balloon Boy" Bergamo. The balloons weren't exactly a bust, but clearly did not burst upon impact. TV news is not known for its empirical methodology (and TV news anchors are not known for their pitching arms), so we decided to pre-test the balloons ourselves to see if they would work for our photo/video shoot.

Upon receiving the packages of balloons, we tested out a few using the enclosed faucet nib on a hose end. They filled just fine. The "snap & seal" technology, which involves popping/snapping the neck of the balloon, worked OK, but we noted that it took a bit of finger finesse and wondered how quickly a gaggle of impatient kids would master it.

The "seal" is accomplished with the use of a gelatin capsule – the kind you'd find at the health food store to load bulk echinacea to take orally – enclosed within each balloon. The empty capsule floats in the balloon as it fills and its buoyancy propels it into the neck of the balloon. Pull the neck, and voilà, the capsule creates a perfect seal. Only one problem ... which we'll get to in a bit.

We filled five or six balloons and hurled them into the garage door. They burst with ease. OK, we figured, we are way less demure than TV personalities and these balloons are just fine for a balloon fight.

Concurrent to all this, Chronicle colleague Jessi Cape was working on a piece about costuming. So we decided to merge plans and shoot the balloon fight with models in costume – in skin-tight Morphsuits to be exact.

On the day of the shoot, we figured we'd get a jump on filling the 200 balloons we'd hoped to smash throughout the course of the day. In addition to the bags the company sent, we purchased more at a local chain. We also bought Hydro Toys' Zorbz Combat Trigger Filler, a gun-looking device branded with the company's purple and green design, and made to fit on the end of a hose to regulate water flow so you don't have to turn the spigot on and off. It worked very well ... for a while.

Once we had about 12 balloons floating in the container we'd set out for the purpose, we noticed something was not right. The balloons that we'd filled first began to spurt. Part of the functionality of the invention is that the small gelatin capsules dissolve. This is explained on the packaging, but you have to look for it. The balloons are intended to only stay filled for 20 minutes, according to the package. Our experience was more like 10.

Needless to say, this put a major crimp on our plans for a massive water balloon attack. The entire impetus behind using this particular brand was to save time. Add to this the frustration of the Combat Trigger Filler breaking – literally breaking off the hose mid-use – and we were over it. By the time we fully realized what was happening to the balloons and how much time it would take to manually fill and tie off the rest of the stock, our clock to shoot was close to running out.

Are Zorbz a bust? We wouldn't call them that. We understand that the capsules must be dissolvable due to choking/swallowing hazards, but wonder if a longer-lasting version could still be safe? We just wish they'd be clearer in their marketing that the product can only last in a filled state for a few minutes. Headlines like PR Newswire's "Water Warfare in an Instant!" (their exclamation point, not ours) do not help matters and feel like blatant misinformation.

We're curious to see if these issues send Zorbz back to the drawing board.

According to the Toy Industry Association, Americans spent over $3.61 billion in 2014 on "Outdoor & Sports Toys," the category under which water balloons would fall. That's a mighty big hunk of American pie, so the marketing mania around these developments is clearly banking on this new wave of water balloonery making bank.

The other product, Josh Malone's Bunch O Balloons, is currently only available online but slated to hit retail outlets sometime this year. The tech employed in that case is an outer band around the neck of the balloon that snaps into place when the apparatus is yanked. We're curious to test those out as well and have just placed an order online. We'll post on the Summer Fun blog later this season with our results.

A version of this article appeared in print on May 15, 2015 with the headline: Burst or Bust? 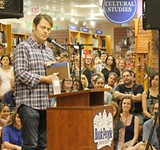