Hey, festies! Come enjoy local spots featured in our annual "Best of Austin" issue – voted best by our readers or recommended by our in-house critics. Perhaps you need a break? A place to chill? Something for the rest of your family, kids, or crew, some of whom might not be credentialed? Come dig the rest of Austin's bounty beyond SXSW. – Kate X Messer, "Best of Austin" editor

Before farm-to-table became the rage, the Omelettry always offered fresh fruit and vegetables alongside their famous breakfast fare. Gingerbread pancakes bigger than a dinner plate, thick and gloppy queso, crispy bacon, and bottomless coffee cups are just a few of our memories. Trusty legend has it that Doug Sahm feigned annoyance every morning when he arrived to find his oatmeal not hot and ready. The move from the homey spot we've come to love to a newer, larger location on Airport Boulevard in April may take some getting used to, but home is where the heart is.

SXSW TIP: The original location is, like so many Austin landmarks, not long for this earth. Get there while it's open.

Tim Doyle's work is an artful spin on comics and pop culture (which made him the perfect pick to help Tim League start up Mondo, the visual design arm of the Alamo Drafthouse). Doyle's own ever-expanding empire of badassery is topped by his Nakatomi, Inc., a hothouse of prints, posters, stickers, comics, and "nerd fashion." Nerd?! Who you callin' a nerd, geek?

SXSW TIP: Pick up a great Austin souvenir: Tim's pop culture takes are available at Flatstock in the Convention Center, 11am.

Austin's next-gen children's museum combines fun with forward-thinking. This sun-bright, bilingual museum nourishes the mind with inventive exhibits and classes exploring culture and science (kids will love getting hands-on with water currents, and parents will appreciate the installed blowdryers).

SXSW TIP: Its Mueller location (site of Austin's old airport, btw) makes this proximate to a wide array of shopping, food, and recreation.

There's a reason the salon has amassed a loyal following of well-manicured regulars. Attention to detail, a great selection of colors, and a massage chair and shin slough that will leave you sore – Great Nails lives up to its name. Don't forget to bring your own booze. Hell, bring a cooler.

SXSW TIP: Shave below the knee. Seriously, the shin slough is intense. 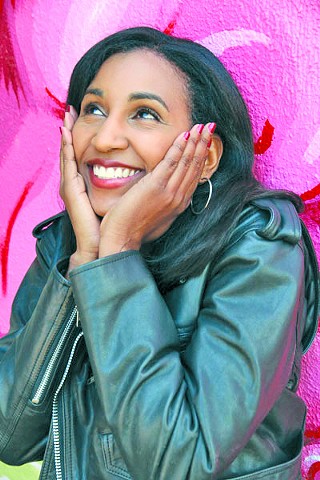 Quita isn't just a powerhouse in the news chair, but out on location as well. Because she is the best, Quita can discern which source might need a gentle coax or a straightforward and direct query. She can also discern whether or not it "works," especially on Wednesday, as our best local consumer reporter on her Hump Day "Does It Work Wednesday" segments. After all these years, we're still smitten.

County Line on the Lake

Family classic set in an ol' Texas fishing lodge and nestled on the banks of Bull Creek. Don't fill up on the melt-in-your-mouth mini bread loaves (instead order a few to go). Do take a stroll around the place and check out all the kitschy artifacts. Line your pockets with quarters, and after a meal, head out back to the dock, pump a few coins in the turtle-feed dispenser, and sit back and watch as bales and doles of our shell-backed pals swim and wiggle their way to get to the feast.

SXSW TIP: Located on the scenic RM 2222 and right near Bull Creek Park.

Founders Keith Byrd and John Acker work with a slew of informal volunteer ride-leaders to coordinate and guide any of many rides in the Social Cycling Austin roster, including Monday's Bikin' Betties, Wednesday's Queer Ride, the Thursday Night Social Ride, the Saturday Caffeine Cruise, and more. Sweat, socialization, sweet drink deals at local hotspots, and the potential for some serious political pedal power seal this night and many more in Austin's weekly social calendar.

Since its founding in 2010, Strange Brew was known to the far-South side as a bustling coffeehouse with a cozy lounge – Manchaca's answer to the Saxon Pub. It's a honky-tonk where the owner might donate a round to the band, with flexible seating, and where the healthy mix of veteran and fresh-faced newbies exit the stage and mingle with the crowd.

SXSW TIP: They've made a few appearances in the Austin Music Awards, to boot.

Never mind your iPhone apps or your Xbox downloadable games. Fie on your Wii remote and your massively multiplayer World of Warcraft. For our money (50 cents, thank you very much), we'll throw our support behind an Italian-American plumber attempting to save his royal girlfriend from an ape with too many barrels. Pinballz brings back the highlights of yesteryear's arcade culture with more than 200 of the very best video games and pinball machines in a space rivaling the interior of that Tron computer. All ages are welcome, but make sure you bring a sackful of quarters and your A-game.

When shopping for the machines that transmit the grooved language of vinyl to your eardrums, Austinites have options, but nowhere has the eye-bugging selection of Sound Gallery. Boisterous owner and former Nails frontman Marc Campbell matches his larger-than-life personality with a massive museum-like showroom of lovingly restored vintage record players, receivers, and speakers – the crown jewel of which is the modernist template Braun SK4 turntable, which exemplifies Sound Gallery's style-meets-function calling card. Coffee, wine, and LPs also available.