The short, happy life and quick assassination of ASK 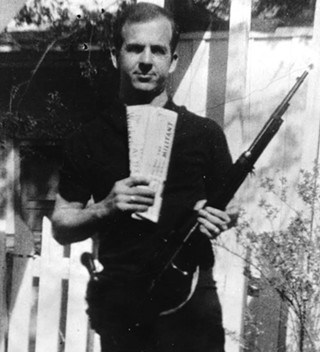 During its early years, when the SXSW Festival was still only about music, during the conference part of the event we would do wild-card panels on interesting but not directly related topics. In 1990, we programmed a panel on the Kennedy assassination. It was so well-attended, interesting, and exciting that SXSW decided to do a conference in Dallas on the assassination.

The Assassination Sym-posium on Kennedy (ASK) took place in Dallas, near Dealey Plaza. The first one was in 1991, the last in 1994. When I used to write a regular column for the Chronicle, my antipathy to conspiracy theories was more than evident. I was not a driving force in creating ASK, but was interested enough in the depth, importance, and controversy of the topic that I was a supporter of the event. The SXSW staff directly involved in creating and conducting ASK were all very knowledgeable about, well-read on, and advocates of theories about the assassination.

Over the course of four years almost every major conspiracy writer and historian appeared on panels, at talks, or at workshops for the event. The first three years it went very well, peaking in the third year: November 1993, the 30th anniversary of the assassination.

The fourth year ... everything fell apart. Some of those who had attended – deciding that they didn't want to be involved in an event put on by rock & rollers – started a competing event. In a couple of places, we were cited as being part of the conspiracy. Meanwhile, SXSW programmers, looking to enrich the dialogue, invited several conspiracy skeptics to take part in the panels – a decision not well-received by traditional attendees.

But that third year, the previous year, really was something else. Attendance, as I recall, was over 700, with speakers including Norman Mailer as well as Lee Harvey Oswald's widow, Marina Oswald Porter. I offer the following anecdote by first fully acknowledging that I'm not just a non-believer in most conspiracy theories, but an active and outspoken skeptic. What I have to say here has to be considered in that context; I'm not trying to pretend otherwise.

One afternoon during that third ASK event, in a hotel near Dealey Plaza, a group of attendees gathered around Marina Oswald Porter in a lobby near the meeting rooms. Keep in mind that those registered for ASK were all staunch conspiracy advocates – there was no other reason to be there. My perspective was somewhat unique, because I was only marginally involved in staging the conference (I had no real hands-on authority nor responsibility).

In the course of talking to Marina, someone asked her about the famous, allegedly doctored photo of Lee Harvey in his backyard, holding up the rifle eventually used in the assassination. (There were actually three similar photos of Oswald, holding two leftist newspapers in one hand and the rifle in the other; Oswald told police they were fake, and later, conspiracy theorists speculated they were composites made by someone trying to frame Oswald.)

Marina answered something along the lines of no, the photo was real – she had in fact taken it, in 1963, in the couple's backyard. Without missing a beat, the discussion with Marina continued in any number of directions – with no attention whatsoever paid to her comment.

In no way was I surprised.

This week the Chronicle revisits the assassination on its 50th anniversary, with materials ranging from specific memories of those days to broader meditations on the meaning of the assassination, and of John F. Kennedy himself. We hope readers will find them enlightening, diverting, occasionally educational. We also promise that these are our own thoughts, undoctored by anybody else.