The Sisters of Perpetual Indulgence bless Austin with a mission 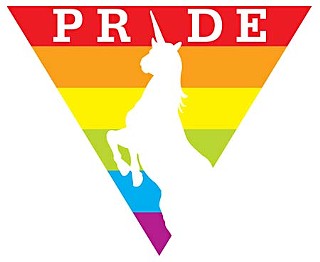 Novice Sister Jackie O'Noshedin is at once a nun and not a nun. As mistress of disorder, a leadership title within an organization that rules primarily through consensus, O'Noshedin and her novitiate sistren are bringing a mission, or branch, of the Sisters of Perpetual Indulgence to Austin.

The Sisters are one of the most visible and unforgettable international queer organizations, and they trace their origins to San Francisco in 1979. Their mission has remained constant. They are "an order of revolutionary Nuns, dedicated to the promulgation of omniversal joy and the expiation of stigmatic guilt" – central to their program of self-empowerment, political protest, sex education, and charity. 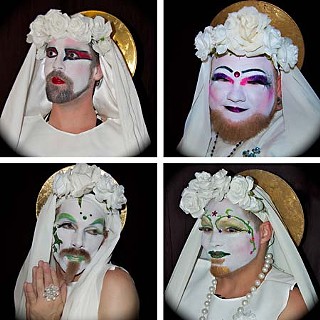 The Sisters cut a commanding presence. You'll see them outfitted in wimples based on Flemish garb of the 14th century, their faces awash with pasty white and glittery sprays of vivid makeup, taking up names that simultaneously mock and empower. To most new cities where the Sisters take root they are the strangest of the strange. But not in Austin, where random dudes in thongs ain't no thang. According to O'Noshedin, here in Austin there will be a concerted focus on the Sisters' activist program, and on building a gender-diverse mission.

O'Noshedin explains that "despite Austin embracing queer culture and non-normative gender roles, there's a lot of misogyny that's been absorbed, which is at the root of homophobia. Wearing face, being in crazy clown drag, is only part of what we do. We still have an AIDS epidemic here at home. We still have to work against misogyny."

The Austin mission is coed, mixing queers of all stripes. As of now, all members of the Austin mission are novice sisters and each will have to put on a fundraising charity event to earn full-sister status. This year's Pride celebrations mark the first major public stepping-out of the sisters, so, when you're standing around waiting for the parade to begin, don't be shocked when you're taken, as if in a religious ecstatic trance, by Austin's own Sisters of Perpetual Indulgence.

To learn more about the new chapter of Sisters in Austin, contact: eventsWCS@gmail.com