What made you sound off, noiselessly 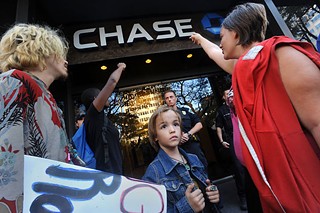 1) "The Occupation of Austin: The '99 percent' takes a stand against corporate greed"

8) "Perry the Executioner: Texas leads the country in executions, and Rick Perry holds the record tally"

10) "One Last Visit for Mother and Son?: Michael Arena hopes to see his dying mother, even though he's behind bars"