We choose whether to let our stories live or die 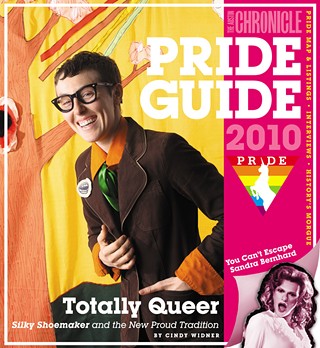 Memories on ice. Slabs of cold, dark storage, organized recollection. The first room is a frosty 60 degrees. It contains film and video from local TV stations, negatives, glass plate negatives, and still film stock. It's brisk and refreshing – for a quick minute. Now I know why I always see Dan in a hoodie.

Dan is Daniel Alonzo, photo curator for the Austin History Center. Alonzo is taking me on a tour through the vaults of our city's archive.

In last year's Austin Chronicle Pride Guide, Andy Campbell and I explored Austin's lack of an LGBT archive. We visited the center, charmed by a very eager and helpful staff. Sadly, our visit yielded few materials. After our guide hit the stands, however, I received an excited phone call from an old friend. Tim Hamblin, the center's video archivist, said the staff had read our concerns and were ready to help. We began a long series of talks that would span the year. It only seems fitting to revisit this plot in this year's Pride Guide.

The next room we enter is kept at 40 degrees. "This is the stuff that will turn to cornflakes in a can, right?" I ask. No, Alonzo shakes his head, "This is the stuff that may ignite." He's describing a room full of nitrate film, a very unstable medium. It was the first flexible film base, developed in the late 1880s and used through the 1930s. The stuff that replaced it is fittingly called "safety film." "In fact," says Alonzo, "Inglourious Basterds features a plot point that relies on blowing up something with nitrate film."

Quentin Tarantino is such a nerd.

I scan the room, fascinated at the memories secreted away for the ages. Then the temperature begins to feel 40, and it hits me. It's a dead ringer for a morgue. Oddly, part of my mission at the History Center is to negotiate the donation of a photography collection of a dead friend. I can't help but flash between images of her body laid out on a slab (though I never witnessed that) and of her body of work neatly indexed and preserved on these shelves for posterity.

True, that's a disturbing element to bring to this narrative, but donating the life's work and paper archives of loved ones is not entirely not disturbing. Mortality, morbidity, posterity: It's all kind of creepy.

The last time I saw my friend Lisa Davis alive, she was packing away all her belongings. She was a professional photographer for the Associated Press. A few years after her passing, it was agreed I would take the bulk of her professional archive. I gathered the cardboard boxes, intending to keep them safe until a memorial could be fashioned out of her earthly remnants. They languished amidst my own clutter for a few years before I divided the negatives, slides, prints, and clippings. Then those sat in my garage for almost a decade.

The emotional heft cannot be denied.

It seems fitting to use my friend's archive as the first test case for seeding the center's LGBT collection. So I have.

What happens with the items once AHC acquires them? Where are they stored? How are they indexed? Who has access to them? And what are the copyright implications? Follow us as we learn all about creating a community archive.

With the launch of this second chapter in our call for an LGBT archive, we explore history. The features herein all bear the thread of history, of the ultimate lesson that a history not kept, not treasured, and not learned potentially disappears.

­Producing this section would not have been possible without the kindness of: