Chris Searles lays down the beat for a sustainable local economy 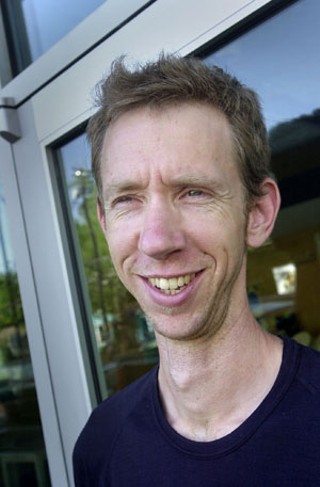 Today Chris Searles is a big greenie, but in a former life, he was a drummer – the kind who made a living at it, even. He spent the Nineties playing, recording, and touring with an enviable who's who list of Austin music darlings, including David Garza, Alejandro Escovedo, Abra Moore, and Shawn Colvin. But for some reason, says Searles, he just didn't find what he was looking for. So in 2000, Searles left Austin in search of a new career, which he found in an unremarkable New York bookstore, in an essay by architect William McDonough.

McDonough and chemist Michael Braun-gart are the icons behind the cradle-to-cradle movement. Their work has demonstrated that everything from shoes to cars to buildings can be built so that not only are all the ingredients good for the environment, but the manufacturing processes themselves can be, too – all while benefiting a company's bottom line. "It was such an elegantly written argument for why it makes sense to build a sustainable economy," says Searles. "Everyone inside the economy is a designer; every consumer by their choice is contributing to the future, designing the future."

With this thought in mind, Searles decided to start a business that helps these "designers" along: His online store, Good Common Sense, sells home-weatherizing products, compostable dinnerware, and other fun supplies that make life easier for the eco-conscious. Now back in Austin, Searles serves on the board for TreeFolks and recently founded UT's first Sustainable Business Summit. He is also the brain behind the Sustainable Shopper's Ball, the Sunset Valley Farmers Market event that has hit on a winning eco-fest formula (the model followed in this year's Earth Day celebration) with the combination of green shopping, local foods, educational workshops, and solar-powered music. Searles has even been known to reunite his band Twang Twang Shock-a-Boom for the ball, proving once again the truism: The only thing hotter than a rock star is a green rock star. 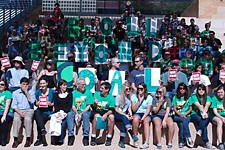