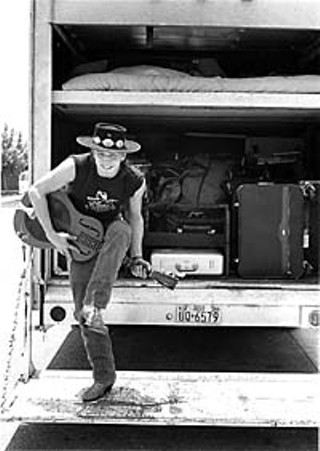 He was this scrawny 28-year-old kid bouncing around his South Austin apartment, getting ready to leave that day for superstardom and the great wide open. It was June 1983, and Stevie Ray Vaughan had recently quit David Bowie's outfit to play his own music -- to support his debut, Texas Flood, which had just come out but already gone into its second pressing.

Even though he was going on the road with the backing of Epic Records -- even though everyone from Bowie to Mick Jagger and John Hammond (who had "discovered" Billie Holiday, Bob Dylan, and Bruce Springsteen) had raved about him -- there were a bunch of us cynical music types who couldn't shake the image we had of Stevie, the little guy with the mashed nose who seemed happily doomed to forever play for $3 a head at the Rome Inn and the Continental Club. This was the Eighties, and nobody made money off the blues. He'd be back. Maybe he'd be charging $4, but he'd be back.

Well, he returned, but he wasn't our lovable loser anymore, and each time he left and came home, we had to upgrade our expectations. The tours got longer, the venues larger, the fame wilder. He was one of the biggest guitar players in the world. Then one day in 1990, he left and didn't come back. He lay dead on a Wisconsin hillside.

I remember how charming he was that June afternoon, and how excitable. Before we started the interview, he was going on and on about the Earl Hooker and Jerry McCain records he'd bought that day; then he saw my tape recorder and got that sheepish look on his face and said, "Excuse me. I'm, like, having fun." That was his way.

After we talked, we went outside to take pictures, and the Chronicle's Susan Grady, who would also die young a few years later, got the great shot of Stevie smiling and holding his old guitar under his leg on the equipment truck. It was the first of many magazine covers he would do, though it was one of the only ones that didn't show him with that bad-ass, smash-mouth, ferocious look he wore onstage. Susan's picture caught the real Stevie ... excited, having fun. When it was all done, with the truck loaded and the Winnebago-like camper ready to go, Stevie came over and said goodbye, making sure my car door was shut tight. He had that same grin on his face, and it's the one -- smashed nose and all -- I wish was on that statue on Town Lake. 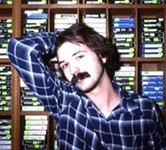