What Makes the DP in Dublin, Texas, So Much Better Than That Made Anywhere Else? 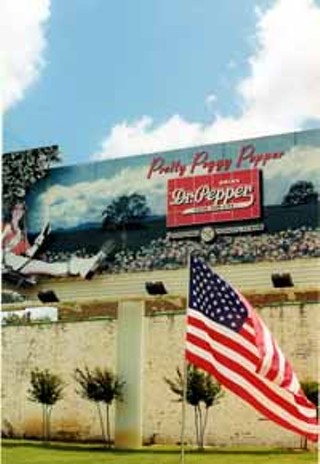 Most folks don't know that the name the Beatles originally wanted for what would become their most famous album was in fact Dr. Pepper's Lonely Heart's Club Band. When the band found out that a U.S. soft drink company had rights to the name, they changed the "Dr." to "Sgt.," and the rest is history. And since bottles of Dr Pepper (the period after the abbreviation for "Doctor" was dropped in the 1950s for stylistic reasons) appeared in the Beatles movie Let It Be, it's safe to say the Lads from Liverpool were Peppers too.

But what is this caramel-colored, faintly fruity soft drink that the Beatles dug, and whence did it arise? Dr Pepper was invented in 1891 in Waco, Texas, but the real genesis of Dr Pepper is the scorching summer months (particularly in the South), where the heat dehydrates and saps energy. To compensate, humans everywhere have concocted beverages, often with some form of sugar. In Morocco, it's mint tea, and fruit drinks in the Caribbean, sometimes with rum. In the American South, it's iced tea, lemonade, and soft drinks -- all nonalcoholic, lest said beverages offend the Protestant palate. No surprise then that Royal Crown, 7-Up, Coca-Cola, Nehi, Pepsi, and the first diet soft drink -- Diet Rite -- were born in the South.

Still, among the many types of carbonated, colored, flavored sugar water, Dr Pepper holds a special place, particularly in Texas. Spreading from Waco to the four corners in its century-plus history, DP (as it is commonly known) has inspired more than 70 different faux Dr Peppers, the most famous being Coke's strangely named Mr. Pibb. Less well-known are Dr. Smooth and K-Mart's Dr. Rocket.

Shoot Me a Waco

Lee Harvey Oswald was a Pepper, habitually ingesting the caffeinated beverage. Except on one conspicuous occasion, when a nervous-handed Oswald incorrectly chose Coca-Cola at the Texas School Book Depository's vending machine. While this is an association Dr Pepper's corporate office would probably soon forget, for more than 10 decades Dr Pepper has mirrored Texas, and the Lone Star State has in turn reflected Dr Pepper. Hell, Dr Pepper is so Texas that there's a recipe for a DP-flavored jelly called "Dixie Jelly."

Texas prides itself on being different, something that Dr Pepper's marketing team has capitalized on with slogans like "I'm a Pepper too," and "The Most Original Soft Drink Ever." The drink therefore appeals not only to citizens of the state as the National Drink of Texas, but also to those peculiarly different folks, the John Lennons and Lee Harveys of the world. And in very Texan fashion, DP likes to brag. In a letter thanking DP fans for ordering their free book titled Cooking With Dr Pepper and 7 UP, the company boasts being "the largest non-cola" in the country. Uh-huh. And Texas is the largest non-Alaska state.

Still, the main reason that Dr Pepper and Texas go hand in hand is because the soft drink was born here. Not surprisingly then, both of the world's DP museums are in Texas too. The first, Old Doc's Soda Fountain, is conjoined to the oldest and most famous Dr Pepper bottler in the world, located in the little town of Dublin, about 70 miles southwest of Fort Worth. The second shrine to this sugary libation is in Waco, home of the Dr Pepper Museum and Free Enterprise Institute.

In 1885, Wade Morrison's Old Corner Drug Store was the social and commercial focus of Waco, informally known as "Six-shooter Junction." Folks picked up all their staples and fountain drinks at the general store, and pharmacist Charles Alderton noticed that customers took a shine to the soda fountain's multitude of mixed berry and spice aromas, yet they tired of the common one-dimensional flavors. So the beverage chemist aimed to invent a drink that would emulate this fragrant potpourri.

Eventually, Alderton hit upon something new, and Mr. Morrison and the customers liked it. Word spread of the drink, and before you could reload your revolver, folks called for the drink by hailing: "Shoot me a Waco!" Perhaps anticipating such a moniker's potentially deadly outcome, Alderton instead named the drink after the father of a woman he loved back in his home of Virginia. 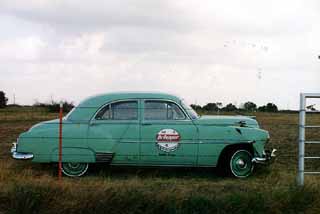 By 1891, Morrison was selling Dr Pepper throughout the region, and a bottler named Sam Houston Prim started selling the new drink from his Dublin bottling facility, a plant that's still running today. By the 1904 St. Louis World's Fair, when the drink -- as well as ice cream cones, and hamburgers and hot dogs in buns -- were first introduced, Dr Pepper was a hit. Sales grew, and now DP is America's third most popular soft drink.

Coming from the Arabic word sukkar, itself derived from the even older Sanskrit term sarkara, sugar is one of the world's most important substances. Typically harvested from sugar canes or sugar beets, it is nutritionally important as a dietary carbohydrate. It's also a sweetener, and as anyone who has enjoyed the jolting kick of Pixie Stix can tell you, a pretty fine stimulant as well.

Sugar was used in soft drinks, yet no longer. With the advent of the soda wars -- where the bottom line is the bottom line, and pop stars crystallize into soda pop stars -- sugar is seen as an unnecessary expense. To save money for all-important advertising, bottlers instead substitute cheaper-costing and cruder-tasting corn syrup for the real thing. Function over flavor. It's the standard corporate philosophy: Don't give the people what they want. Give them what you want them to need.

Except for one oasis of nostalgia, the Dublin Dr Pepper Plant. When other bottlers switched to inferior corn syrup, the oldest DP bottling plant in the world realized folks would not only buy sugared-Dr Pepper, they would seek it out. They were right. The Dublin Dr Pepper plant, whose franchise area only covers the three surrounding counties, is consistently one of the top 10 producers in per capita consumption, and Dublin DP is shipped to waiting customers throughout the world.

If you find yourself driving down U.S. Highway 377 toward Dublin, Texas, in early June, don't be surprised if you see a sign at the city limits that says "DR PEPPER, TEXAS." This time each year the Dublin DP plant holds a weeklong birthday party, and the town's officially renaming to DR PEPPER is the kickoff event.

A city of nearly 4,000 souls, Dublin is Dr Pepper, and vice versa. And for this one week of the year, Dublin lives up to its name as the sugar-flavored, bubble water capital of the Lone Star State. This year, 2001, marked the 110th birthday celebration, and like every year, the week was full of DP-related events. Excitation was so high for the festivities that prior to the blessed sugary saturnalia, the plant's Web site proclaimed: "Only 10 days, 14 hours, 15 minutes till our 110th Birthday Celebration!"

The focus of the week was Saturday, when the town nearly doubled in size. Residents and tourists attended many of the family-oriented events, such as the backyard circus, fishing booth, sandbag toss, antique-car show, train ride, face painting, and what was described as an "old-fashioned dunking booth." Lest one think all events were nostalgia-oriented, there was also a midnight dance at "Club Pepper" benefiting Habitat for Humanity. Naturally, there were many DP-themed activities including a Dr Pepper memorabilia silent auction, and Dr Pepper art and photography contest. And what rural Texas festival would dare show its face without a Barbecue Competition?

If Saturday was the focus of the Dublin DP week, then the crowning of Pretty Peggy Pepper was that day's highpoint. Pretty Peggy was devised in the late 1930s as an advertising device that would appeal to adolescents and young adults. Recently via the pageant, Pretty Peggy was rejuvenated from advertising icon to commercial ambassador, represented Dublin DP all over the state at parades, festivals, and Dr Pepper events including the 10-2-4 Dr Pepper Collector's Club Convention.

Pageant officials said the winner must wear the Pretty Peggy Pepper wardrobe (akin to a Fifties majorette's outfit) with "a big smile, a great attitude, and a thorough knowledge of Dublin Dr Pepper." Contestants for the coveted crown competed via pre-contest interviews, as well as sportswear and eveningwear competitions, and onstage interviews. In reality, the onstage interviews were an opportunity for contestants to see how well they could plug Dublin DP. The answer to most of the questions asked -- "What's the difference between DP made in Dublin, and DP made in other areas?"; "If someone asked you about Dublin DP, what you tell them?"; and "Tell us why you like to drink DP ... " -- was the same: "Imperial Pure Cane Sugar."

It seems that anytime is a good time to plug Dublin DP's special ingredient. Earlier this year in Hurst, Texas, a 175-pound Vietnamese pot-bellied pig named Eli was in the midst of a custody battle. Some folks wanted to call the Dr Pepper-philic hog an exotic pet. Others wanted to label the pig a barnyard animal, thereby subjecting the hog to a city ordinance requiring an acre of land, space Eli's owners didn't have. Mark Kloster, owner of the Dublin plant, offered asylum for the massive oinker pig in the Dublin area, stating in the May 24 issue of the Dublin Citizen: "Eli prefers Dublin Dr Pepper to others since we still use Imperial Pure Cane Sugar and no one else does." A hog endorsing Dr Pepper ... how Texas is that?

Cynics watching the cutting of Dublin DP's immense 110th birthday cake (provided by the plant, naturally) might view the whole festival as a shameless PR event, another way to brainwash folks into consuming more product. That is, however, until these cynics taste the pure sugary goodness of a real Dr Pepper, of soda made the way it's supposed to be. And as the cool, sharp, sweetness melts down the cynics' throat, they look back to a time past -- when things weren't necessarily perfect, but in some ways, better. In looking back, they see what we have lost in the crush of commercialization and technology. And it ain't just the sugar.