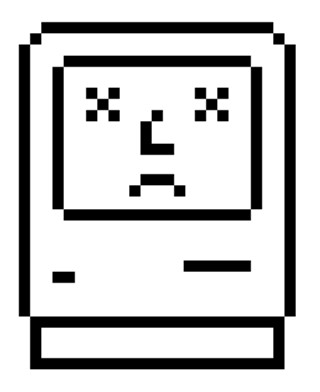 Last year was a financial anomaly in my life. I made a killing, living joyously and lavishly off the fat of the Land.com as I created Web "content," often commanding ludicrously enormous fees in the process. For a while, as did many of my peers in this Fantasy.com, I even sported a spectacular title: "Producer" -- for an Oprah Winfrey-approved and -backed Web site, no less. Woo-woo!

Even after I left that full-time gig and returned to life as a Web freelancer, I continued to haul in the cash.

It was great, like one of those teen movies where the parents go out of town for the weekend and leave their platinum credit cards behind, in plain sight. The venture capitalists dumped millions into the start-ups. The start-ups heaped money on the content-producing contractors formerly known as starving writers. We "content specialists," in turn, thrilled at the jump in income, hurled our money everywhere (as did everyone else in the industry).

Personally, I went nuts. Not as nuts as some ... I didn't take exotic vacations to bond with elephants at the foot of Mt. Kilimanjaro (though I enjoyed a long weekend in San Francisco). I didn't buy a million-dollar loft downtown (though I was able to stay in my rental house despite the boomtown rent increase). I didn't purchase a Porsche Boxter (though I did score a $1,300 '85 Subaru, my youngest vehicle yet, with a mere 125,000 on the odometer). And I didn't build up my portfolio (actually, I don't have a portfolio -- but I did pay off a substantial amount of credit card debt "acquired" during previous, drier years as a writer).

For me, extravagance equaled other things: Getting a Chango's mahi mahi burrito whenever the hell I wanted one, handing out wads of cash to my strapped friends ("Here, keep it!"), overcompensating to my kid for all the years I had to say, "Sorry honey, we can't, we're broke." Oh, and I bought toilet paper -- my favorite name brand -- in bulk.

Yep, I was out of control.

It was great. And now, as Jesus said on the cross, "It is finished." The parents are home, so to speak. The dot-coms are dead.

As the story goes, Jesus lived again. So, too, might some mutation of the Internet resurrect as a place of ample and profitable work. For now, though, Austin is unemployment city for so many of us who, just months ago, had some of the best salaries in town.

Not officially employed by one company, I cannot be officially laid off. Not laid off, I cannot collect unemployment. Nor do I have a severance package to fall back on. Or a trust fund. (Nor worthless dot-stocks upon which to heap false hope for overnight millionairedom, only to discover -- as have many -- that one's morning crap is currently worth more, much more, than those 100,000 shares in Godwewerestupidweren'twe.com.)

Regardless, I am broke. Totally. Didn't save a dime. Suspended my disbelief as I always do in those rare times when the money flows. Nope, I sent my cash packing hard and fast.

Back to square one, starving artist land, I keep waiting to freak out, to panic. There is, in the back of my mind, a little pestering voice, "Earth to Spike: We have a child and five animals to feed, and the gas bill was $15,000 last month!" But after a year glued to my computer, of going damn near blind working crazy hours, panic now, curiously, remains at bay. Mostly I'm in happy awe. Granted, knowledge that those few straggly checks from past work will be showing up briefly aids in my calm. Plus I always have some little writing assignment or two floating around, some pet sitting gig, some odd job. If I budget, I can stretch this money.

It's an abrupt adjustment -- going from a year where it was not at all uncommon to earn $6,000 per month, to a year where less than 2K monthly is the average, with fully half earmarked for the landlady. Call me twisted, but I enjoy the challenge. You know -- man vs. nature, man vs. man, woman vs. empty bank account.

Forced to cut back, I have looked around at what is unnecessary and, no matter how much I love it, I have eradicated it. No more YMCA membership. No more after-school care. No more smoking, which admittedly is something I did for my health, but there is no denying that saves more than a thousand bucks a year.

Lucky for me, broke feels familiar. I grew up and spent most of my adult life in the vicinity of poor. If you've spent any time at all as a have-not, you understand. There is resourcefulness and creativity to making ends meet. A mouthful of happiness recalling how much you actually do love rice and beans and that Martha White cornbread mix that costs, like, 30¢ a package.

At the risk of irreversible bad instant karma, I admit additional pleasure at the dot-com demise, derived from knowing certain someones are suffering. One guy in particular comes to mind. Last summer, writing for The New York Times Magazine, Helen Thorpe set out to capture the "new Austin" -- you know, the boomtown economy, high tech glitz, yadda yadda. One quote haunts me still.

As Thorpe reported: "Earlier this year, at a gathering of local software C.E.O.s called the Austin 360 Summit ... Mayor Watson delivered an impassioned speech about the challenges facing the city. While the mayor was talking, a baby-faced C.E.O. raised his hand 'Why are you looking at us to help with these community issues?' asked the software C.E.O. 'That's your job.'"

I hope that arrogant ass is now down to his last $300 unemployment check. I hope he can't afford gas for his stupid SUV. I hope he's so disconnected from the community that he was so uninterested in that he's gone back from whence he came (pity those on his receiving end). And when he gets there, I hope he has to sling hash for a while, like in that Bob Wiseman song: "In her dreams, it's a big greasy spoon ... and the doctors are finally waiters." (Note poetic license allows substitution of "dot-commers" for doctors in this instance.)

For me, perhaps the very biggest thrill in all of this recession madness is precisely community -- my personal community and heightened awareness of their ever-supportive ways.

More than once, I've needed a little help with the rent when the big contracts dried up. Help was right there. Dinner invites, already ample, seem to be on the upswing. Or maybe it's just that we have more time now to accept the generosity of food and the enormous pleasure of good company.

On the give side of the coin, I've used my new spare time to cook more for whoever cares to stop by. And I've bumped up my volunteer work. The payback on these activities is immediate. Interacting with others -- something I had little time for when I was busting ass last year, eye on the golden ring -- now helps me keep my head on straight while I regroup and come up with a new plan.

That new plan, for now, is to forgo seeking a 40-hour-per-week gig and stay at this lower income. Don't get me wrong -- I had a swell time with all that money. It would be real nice to have it again. But I got a taste of being able to afford whatever, and I buried myself under a heap of what-doesn't-really-matter in the process. I, for one, am grateful to the current economic slump for shaking me up a little.

I'm going back to a little of this and a little of that. I'll be un-retiring my apron and signing up for a part-time food service gig, generously offered by a member of my community. What time I do have to write, I will spend writing what really counts and not writing -- as I swear I did for one Web site -- instructions telling women how to buy pants. For their husbands. ("Be sure to measure the waist and inseam.")

And if I should waver from this plan, start to contemplate big money, insane hours, and promises of the next great new economy, someone please stop me. Remind me to visualize that picture, the real-life one from last summer:

I'm driving my kid to a friend's house. It's a 14-mile round trip -- used to take me 30 minutes, tops. That night, over an hour into it, sitting in more traffic still, I observed yet another limousine pass me by as I looked up at cranes blocking the stars. No shit -- just then Pink Floyd chimed in on the radio:

Money! It's a hit

Don't give me that do goody good bullshit ...

Writer Spike Gillespie is shopping around her new book thebelljar.net and can be reached through www.spikeg.com.