It's a Round Thing 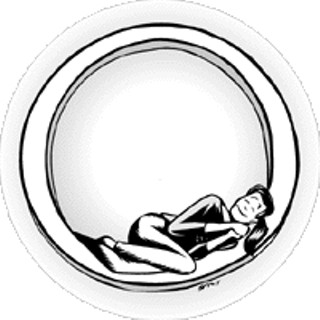 There's a pleasing psychology to curves and circles and zeros. They are soft. They flow. They feel good. This skinny Ally McBeal business is an aberration. It too shall pass. I love simplicity. I love businesses that include sales tax in their price. I love rounding off dollars. I love making things easy. The coolest thing about this arbitrary millennium business is the number 2000. It's round. It's graceful. It's appealing. It's chunky with zeros.

Let's start rounding things off. Let's make a movement of it. Here's a start. We try not to sweat the small stuff, so why do we continue bothering with -- coins, for example? Sure, change adds up. A million pennies is $10,000. But jeez, it's bulky -- and a hassle. For a culture of efficiency freaks, we're wasting a lot of precious moments counting small change.

This year there's gonna be another dollar coin, about the size of a quarter, like the Susan B. Anthony that flopped 20 years ago. These new dollars will be colored gold to discourage us from shelling them out like pesos, but do we really need another coin? I don't think so, but some special interest group has got a reasonable-sounding explanation for it. We live in times when lots of odd notions can be made to sound good.

Rationalization is a fine art.

Can you believe that Bill Gates has $80 billion, and we still mint pennies? Even homeless people don't even bother to pick up stupid lost pennies on the street. What's the deal? Every few years, there's a movement to banish them forever, but the penny pinchers come up with quaint reasoning that keeps them spitting out of the copper factory. The truth is they're not even copper any more. They haven't been for years. Hell, it costs more to produce a penny than it's worth. Go figure.

When my mom died, she left me and my sibs a tiny share of a natural gas well that had eked out a royalty for her of about $63 annually. Now divided by six of us, I get two biannual payments of round about $5.27. The supporting revenue documentation is absurd. It's 10 pages of decimal numbers that must mean something to somebody in a dark room in Kansas, but is unfathomable to me.

Recently, I bought a train ticket for a friend who was low on loot. The fare was $119.38. He sent me a payback check for $120. I like that. When I pump gas, I always try to round the numbers off. I don't know -- it feels aesthetic and symmetrical. It's easy when I pay for it.

Let's round things off more often. Rounding things off is even. Even sounds fair. Here's some existential proof that even is more in harmony than odd. This story was in the papers just this past century and got about half a second of media attention. November 19, 1999 (11/19/1999) was the last date of our lives in which all the digits of the date were odd. Such a conjunction of unevenness doesn't occur again until 1/1/3111. The next time all the digits of the date will be even will occur soon, this February, 2/2/2000. An all-even date hasn't occurred since 8/8/888, but there will be many more all-even days during this millennium. Just goes to show you. Even is a good thing and in step with the times.

Tipping 15% is not even. Deserving wait staff suffer along with us, the public, as our reliance on computers and calculators render us incapable of simple arithmetic. Ten percent was so much easier. Even the average genius could drop a zero and arrive at 10% without having to resort to charts or formulas or cheating. What to do? I wring my hands. In lieu of the desired evenness, I propose universal implementation of billing devices printing out what is 15%, and we consumers can then choose to pay it, or add or subtract a little depending on the love/hate factor generated by the service. Come on, let's make it easy.

This nickel and dime thing has gotta go. You never hear rich folks say they have $37,972,436,558.37. No, they round it off to $38 billion. Easy. When I get my frequent flyer mileage statement for the $425.52 I spent on my credit card, they round it off to $426. Three cents less and I would've gotten ripped off and given 425 miles credit, but hey, we gotta start somewhere. What's that old saying? "It all sorts out in the wash"? I don't know about that. I've lost too many socks to sign on to that bromide, but you know what I mean.

Two-dollar bills are cool. Pick up a roll next time you're at the bank, and pass them around. People love 'em! They're even. They're more than one. They're usually clean and untorn. It's a mystery why they never caught on. Trust me, their time will come. Get ahead of the curve. You've seen it in movies: the rich folks with a roll of 20s lubricating their passage through the narrows. You too can have a taste of such style with a roll of twos.

Seconds, minutes, and hours are pleasantly even. So, why not eight days a week? The Beatles proposed that a long time ago, and they were clever chaps. That would add up to 416 days a year, a nice round number preferable to odd 365. One of our local favorites, Magnolia Cafe, advertises that they're open 24/8.

While women have been known to round their age and weight down, men have been known to round their fish catch and sexual triumphs up. Remember when Wilt Chamberlain rounded off his sexual conquests to 20,000? Good for him for doing the rounding thing, but did we really need to know? Yet I do wonder if he rounded up or down. Ah, never mind, we need the energy for our next cultural tizzy of anticipation: to learn if Dennis Rodman outscores Wilt the Stilt. --

My brother tells me he and his wife are at constant odds in their business. She, ever the pragmatist, rounds their profits down and their debts up, while he, the optimist, does the opposite. Sound familiar? Mars? Venus? Hey, men are from downtown, and women are from uptown.

There are exceptions. Some things are better off not rounded. 69 just won't work as 70. Without 3/4 time in music, we'd lose waltzes and hip-hop. Clearly, hat sizes such as 6 7/8 can't be rounded off, but hats could be sized more simply for fatheads, pinheads, coneheads, boneheads, or for normal people. We can forget about rounding off megahertz. Computers rule, and they exist to be at odds with us.

Price points are intentionally set by businesses at $4.99 or $29.95 or $15,995 to make a purchase appear more attractive. Do advertisers really think we consumers are that susceptible to such basic manipulation? Wrong question, Sherlock. The question is: Are we consumers really that susceptible? And the answer is a resounding yes. Research indicates this penny ante strategy works. It is beyond widespread; it is conventional marketing wisdom.

Obviously, we can't do away with odd numbers but we can keep them at bay. By the way, whatever happened to the Odd Fellows? No, no, not the Three Stooges -- the civic organization like the Elks and Rotarians and Masons. What made them odd anyway? Don't get me wrong. Odd is fine, actually essential, but even is easier -- and in today's world, I'm all for easy.

Whaddya reckon the odds are for easy happening easily?