Music to Wallow By

For Your Listening Displeasure 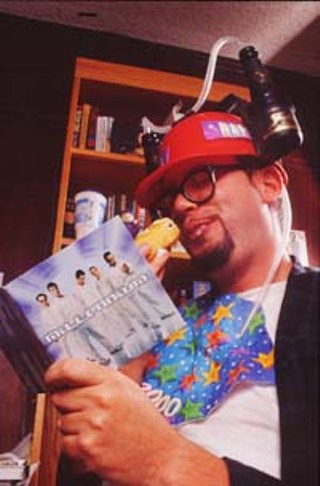 Hello, Darkness, my old friend; I've come to talk with you again. But we could use a little background music while we chat, couldn't we? You know, Darkness? You know what I'm talking about? Almost midnight, the year's drawing to a close around me in this cut-rate Fortress of Solitude. A whole new millennium is swinging in like the Reaper's scythe into the wattled neck of Time, and I need some tunes -- but not to dance to. I need music to wallow sullenly in, a soundtrack for angst, the audio equivalent of Sylvia Plath's head in the oven, the gas gently hissing, Frieda and Nicholas safely elsewhere, Ted stroking his big chin as he contemplates a crow and considers possible skeletons in the closets at the House of Lords.

England. Yes, there's a good place to start. Like, with Morrisey, for instance. What do they call him again? The Pope of Mope? That's dead-on, if you ask me. The melodically self-pitying spectacle of himself in the Smiths, gift-wrapped in Johnny Marr's expert chords, moaning his way into every Sensitive & Misunderstood Fellow's rapt need to identify. You don't have to be 16, clumsy, and shy to be a Mozz fan: Misery loves company. And heaven knows I'm miserable now. Nick Cave, there's another one. Not so much of a whiner, but definitely a chronicler of despair. Killers! Perverts! Whores! Demons! Maybe even some perverted killers who are also whores possessed by demons. In at least, what, 43 songs, right? "The Curse of Millhaven," at least? Well, the mercy seat is a-burning and my own haven seems pretty cursed right about now. So what else can I turn to? Bauhaus? Sure. "Bela Lugosi's Dead," and I don't feel so well myself. An outlook like this, I may as well be quaffing Leonard Cohen.

Of course, Leonard, he's not British, is he? He's Canadian. Buddhist, but Canadian. And Canadians aren't any more British than we are, right? They just never got as pissed at King George as we did, never worked up the same steam of righteous anger. Maybe they would have if they'd known Leonard Cohen was gonna be in their future. "The Tower of Song?" Christ -- the kind of tower you jump from, maybe. What does he want with all those heavy lyrics, anyway? Who's getting therapy with that stuff -- us or him?

To hell with that Canuck. I need some good old American depression. Like, country music. But the old-school kind. Red Foley, say. Red Foley, the grandfather of Debby Boone. Red Foley, whose very first recorded song, "Old Shep," was about how his childhood dog was poisoned by a neighbor and died -- 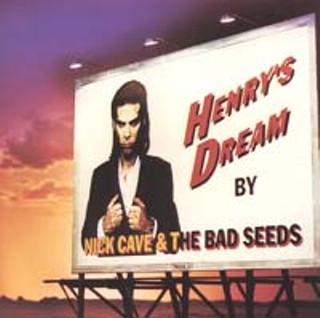 Oh yeah, that's the stuff. About as uplifting as a broken escalator.

And Little Jimmy Cavanagh's duet with Roy Acuff, when the farmer's son gets killed just as the war is ending and his platoon's about to ship out. Sweet, sweet.

And those Hank Williams songs, where you know that train and rain will inevitably rhyme with pain. 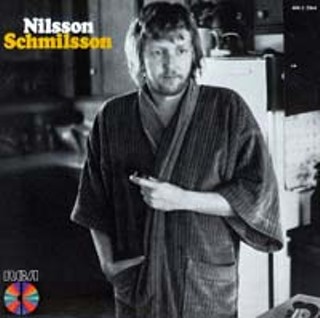 And onward into the dark night of the audio soul, shifting from genre to genre, from the sublime to the ridiculous and back again: Music to Depress the Hell Out of You: Billie Holliday shivering from the sight of all that strange fruit. Walter Brennan stammering about "that mule, Old Rivers, and me. --" Sixteen Horsepower's "Sackcloth 'n' Ashes." Snakefarm's new release, with their takes on such classics of murder and gloom as "Tom Dooley" and "St. James Infirmary" and "Frankie & Johnny." (What's that album called? Oh yes: Songs From My Funeral.) And "Weep for Jamie," possibly the single most eerie bit of tearjerking ever set to waltz time, on Peter, Paul & Mary's Album 1700. And a slew of desperate wailing from the Seventies: "Without You" by Nilsson, "Alone Again, Naturally" by that Gilbert O'Sullivan character, "All by Myself" by Eric Carmen and Sergei Rachmaninoff. And -- Sweet Mother of Mercy, why have I not been allowed to forget? -- Terry Jacks' "Seasons in the Sun." (The stars we could reach? Were just starfish on the beach!!!)

And talk about wailing? I mean, really wailing? Diamanda Galas, good lord. Just thinking her name, I can feel the eight legs of the devil crawling up my spine. And I'll follow her mass of plague rebuttal with, what? Tori Amos thinking some really deep thoughts about rape and incest? Perhaps a blast from the past? Carl Orff's Carmina Burana? 1200 AD -- is that past enough for you? And the lyrics were written by a gang of drunken, defrocked monks; hey, that sounds pretty Y2K-compliant to me.

Or would the more-recent Mike Oldfield score for The Exorcist do me right? Or the soundtrack to Exodus? Or Bloodrock's arty plane-crash narrative "D.O.A.?" Or Loreena McKennitt's sweet voice caressing the haunted tragedy of "She Moves Through the Fair?" Or even "Timothy" by The Buoys? (Could I -- ahem -- stomach that one?) 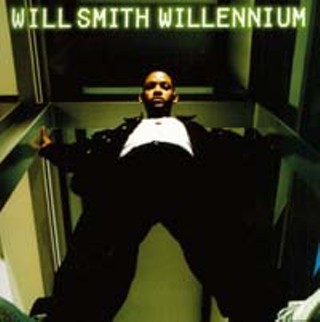 Or -- it's the future coming up, after all, perhaps it's time to dust off that soundtrack to that uplifting epic 2001, or maybe I should just spin Zager & Evans' "In the Year 2525" over and over and over. Talk about bleak --

But you've been waiting very patiently, Darkness, old pallie. So let's just see what recorded gems we have at hand right now, okay? Let's see what the fates have left us to celebrate this new year with. Will Smith's Willennium. Uh huh. The new holiday "offering" from Jewel. Right. Millennium by the Backstreet Boys. Oh my. And -- what's this? Ninety-eight what? Ninety-eight Degrees?

Sweet suffering Jesus. If it weren't for bad luck, I'd have no luck at all.

Gloom, despair, and agony on me.