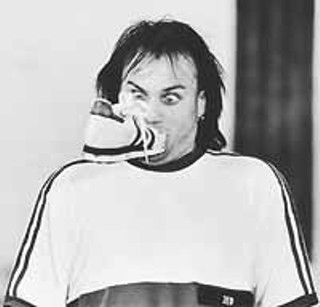 You're home alone, it's New Year's Eve, and what to watch? Screw the ball dropping, this is time for some serious drinking and in-depth personal rumination. A year has died, a new year is being born --

Here are our 10 films for New Year's Eve.

Here it is, family, tradition, religion, and celebration all perversely realized and morally compromised. Any happy endings here are revealed to be the dark jokes they really are in this miserable world.

4. POLICE ACADEMY 3: BACK IN TRAINING

No matter how drunk or incapacitated you get, these films will continue to make as much sense as they do stone cold sober. By the last few in the series, you can be comatose, with both sound and picture off, and simply by the tapes whirring, understand what is going on. These are perfect narrative gems for long twisted hours of drinking. Recommended as a series.