Tweet
print
write a letter
Cereal is the food that Americans love to hate. Ask anyone about cereal and the first thing you are likely to hear is a complaint. People complain about the high price of cereal, the dumb TV ads, the sugar, the boxes. And yet, despite their complaints, they eat it - 2.7 billion packages of cereal per year at a cost of almost $9 billion. Every other American begins his or her day with a bowl of cereal. For some, cereal is the ultimate comfort food, the stuff to eat when going through a divorce or other painful personal experience. For many, cereal is a generation marker. If you want to identify a Generation Xer, ask about Freakies. After doing five years of research and writing for the book Cerealizing America: The Unsweetened Story of American Breakfast Cereal (co- authored with East Coast-based, cereal-box collector Scott Bruce), I have come to the conclusion that Americans treat cereal like part of the family. Deep down we love and trust cereal, but most of the time, it drives us crazy.

A walk down the cereal aisle in your average supermarket is a lot like a visit with the relatives. Count Chocula, Sprinkle Spangles, Cap'n Crunch, Crunchberries, Fruity Pebbles, Cocoa Pebbles, Cocoa Puffs, Reese's Peanut Butter Puffs, Frosted Flakes, Frosted Mini Wheats, King Vitaman. Why are so many people putting so much energy into making a simple food product simply ridiculous? Can't we talk some sense into our cereal relatives and make them shut up? If you are with a child, it gets even worse. The whining begins right after you pass the oatmeal.

HEB's Central Market, my neighborhood grocery, and other specialty supermarkets are working to free consumers from the mass hysteria of cereal packaging. "We move through a tremendous amount of bulk cereal compared to box," explains Eric Melcer, specialty foods manager for HEB's Central Market. "Price doesn't seem to matter that much. It may be that people just don't like all that packaging."

Walking down the cereal aisle at Central Market is like a trip back in time. There's Montana's Hot Cereal, Cream of the West, Roasted Ranch Oats shipped from Billings, Montana. Nearby are packages of Thick & Rough Milled Oats, from the Silver Palate, a gourmet take-out establishment in New York. Arrowhead Mills, an organic food company located in Deaf Smith County, Texas, fills the shelves with mutely colored bags and boxes bearing Bear Mush, Rye Flakes Barley Flakes, Oat Flakes, and others. Erewhon, the food company begun by the brown rice munching practitioners of macrobiotics, offer Brown Rice Cream, Barley Plus, and Graham Flakes, while a former manager of the Grateful Dead presents shoppers with the environmentally sensitive cereals Rainforest Crisp and Rainforest Flakes. Other marketers herald cereals made from amaranth, spelt, kamut, and other exotic grains.

But is it really so far? The inventors of many of the early breakfast cereals were health nuts, people who were on the same path as today's organic cereal sellers. Lawyer Harold D. Perky began selling little baked pillows of Shredded Wheat in the 1890s as a cure for dyspepsia, which was the 19th-century term for stomachache. Dr. John Harvey Kellogg was a world renowned surgeon and devout Seventh Day Adventist who invented the breakfast flake in 1895 for his patients in Battle Creek, Michigan.
In addition to writing self-help books, Kellogg was one of the first Americans to promote peanut butter and yogurt as health foods, along with a grain concoction he dubbed granola.

Today in Central Market, shoppers can view the full flowering of Kellogg's granola creation. Right next to the Organically Grown Kaleidocorn Popcorn, shoppers can gaze at specially designed wood and plexiglass bins full of eleven different kinds of organic granola, including Rainforest Granola, Fat-Free Cinnamon Granola, Organic Raspberry Granola, Cocoa Granola, and Strawberry 'n' Creme Granola. "When we first opened, customers said, you stink when it comes to bulk," says John Campbell, the general manager of Central Market. "In one year we've expanded from 40 to 500 items."

Bulk cereals are an increasingly popular item for hype-weary shoppers. "My biggest problem is that I just can't get enough different kinds of bulk cereal," complains Melcer. "If I order raspberry granola, somebody wants cranberry."

But even Melcer, the prince of organic bulk cereals, has a soft spot in his heart for the sugary product hyped on television and the billboard cereal aisle. "I grew up in Michigan in a quality foods-oriented family," the 29-year-old supermarket veteran admits. "When we were kids, sugar cereal was the holy grail."

Every year, Melcer went on a school field trip to the Kellogg factory in Battle Creek. He and his school chums exited the cereal plant with two big Tony the Tiger bags full of misprinted individual serving boxes of Sugar Smacks, Apple Jacks, and other forbidden Kellogg's cereals. "All the way back on the bus we'd eat that stuff," Melcer recalls smiling. "When we arrived home my parents would take one look at me and say, `Oh, no. He went to Battle Creek again.'"

"I can still remember the Freakies theme song," says Melcer as he sings a few lines, "It went to the tune of `Hello My Honey.' I bet my parents still have some of those little Freakies character figures in with my stuff. It's amazing how different generations have different memories of cereals."

Whether we like it or not, our national soul is nurtured on Fruity Pebbles, Honey Nut Cheerios, and Granola, just as our national psyche is reflected on the cereal box. From Mickey Mouse to
Babe Ruth to Bullwinkle to Barbie, from flakes to puffs to crunchy little pieces, cereal has delivered us the images and the food we crave.

Is this a bad thing? Is cereal an overpriced drug forced on the American people by a corporate conspiracy?

No. Underneath the screaming headline packaging, the jump-cut TV ads, and the mind numbing nutritional statistics, cereal today is made from the same stuff that nourished the Greeks and the Romans. Cereal is still basically oats, wheat, barley and other grains sold in a ready-to-eat form that needs no refrigeration. Although we hate to admit it, cereal is still pretty good stuff. 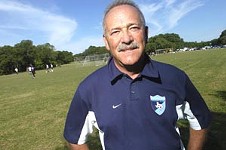