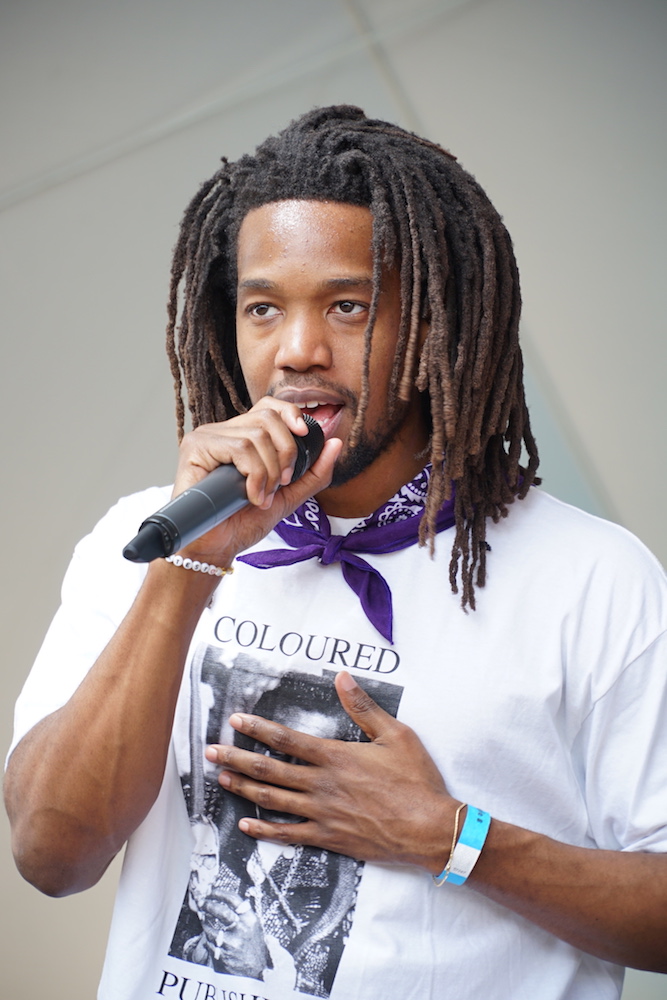 “My name is my name, so what I spit is facts,” the Nigerian American declares as it pertains to rocking his birth name and his art’s veracity.

The only thing missing from the confident proclamation is a “yeugh” in the tone of rapper Pusha T. Edohoukwa overcame a family myth and now adores fufu with ogbono soup, while hailing the Clay Pit for the best spices in town. So alight his buffet of influences: Lucky Dube, Kid Cudi, and Kanye West.

“The thing they have in common is that they’re not stunting. They’re naked. They bare it all,” says the Dallas native turned Austin dweller.

Like many of his idols, Edohoukwa’s (small) catalog showcases diversity. Options on the tall, former track athlete’s menu range from broody melodies to channeling Jim Morrison on “Mad Max.” Latest “B-Side” pivots on an African woman gushing over his beauty, passive-aggressive braggadocio, a lush bassline, sorrowful singing, synth chords, and catchy “nah, nah-nah-nahs” that fuse into a beat produced by cousin Imoh Edohoukwa.