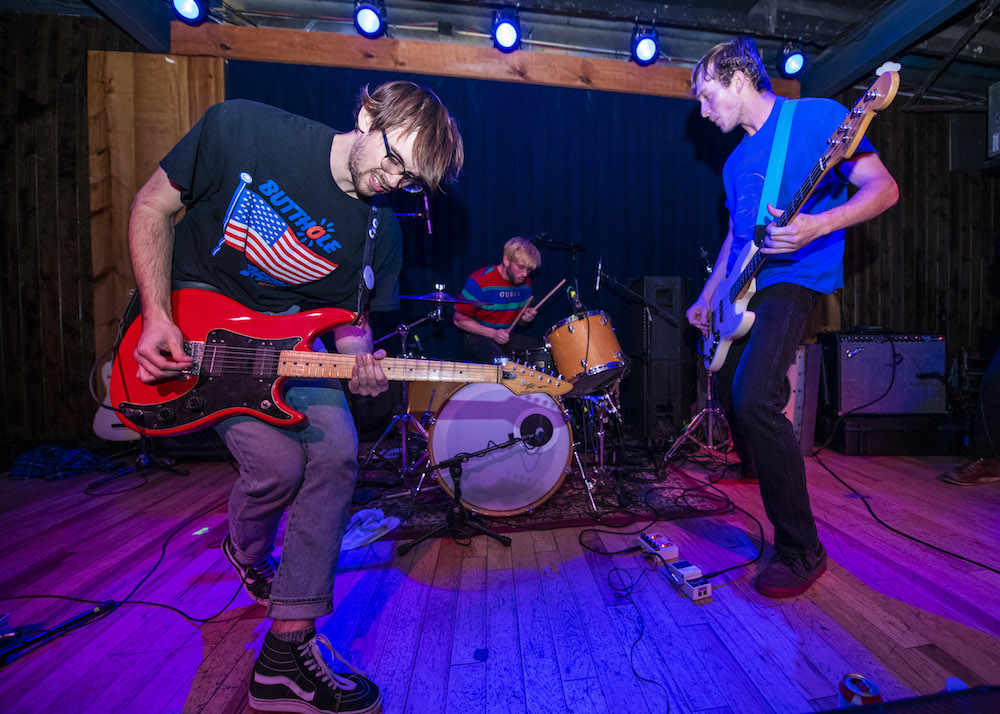 “When we first started working on stuff, we wanted to try and do a record, but tapes were just easier,” says guitarist/singer Cody Kimbell. “We decided we didn’t really care if somebody put it out. The focus was just that we’d tour and keep working on stuff, and get better.”

Kimbell and Super Thief vocalist/drummer Jay Dilick originated at the helm of the band’s songwriting, the two having collaborated for years while growing up southwest of Houston in Sugar Land. College brought the two to the Austin area, and along with bassist Jordan Emmert and guitarist Ted Curry, Super Thief solidified in 2014. Since then, the quartet’s output has seared and swung between the abstract and personal, a push-and-pull between Dilick and Kimbell’s songwriting.

New music is in the works for 2020, but Stuck still bristles with urgency. Its 10 tracks jitter all red-faced and vein-popping, a nervy, sinewy mess of noisy dissonance where punk collides with Nineties hardcore grit. The vinyl release drops at the right time, too.

Super Thief’s taken a moment in between releases for myriad reasons. First and foremost, Kimbell moved out to Lockhart with Kana Harris of Xetas to open a shop, Bluebonnet Records. The chaos of moving and starting an independent business serendipitously led to a friendship and mentorship in Chris X, a former record shop opener himself and head of Reptilian Records, which then led to the imprint handling the limited vinyl run of Stuck.

OMG That's So Gay! Inside the Mind of a Queer Comedian
Online
Policing in Austin & the Upcoming City Budget Process at Online
The Queer and Trans Community Closet at Out Youth
MUSIC | MOVIES | ARTS | COMMUNITY
NEWSLETTERS