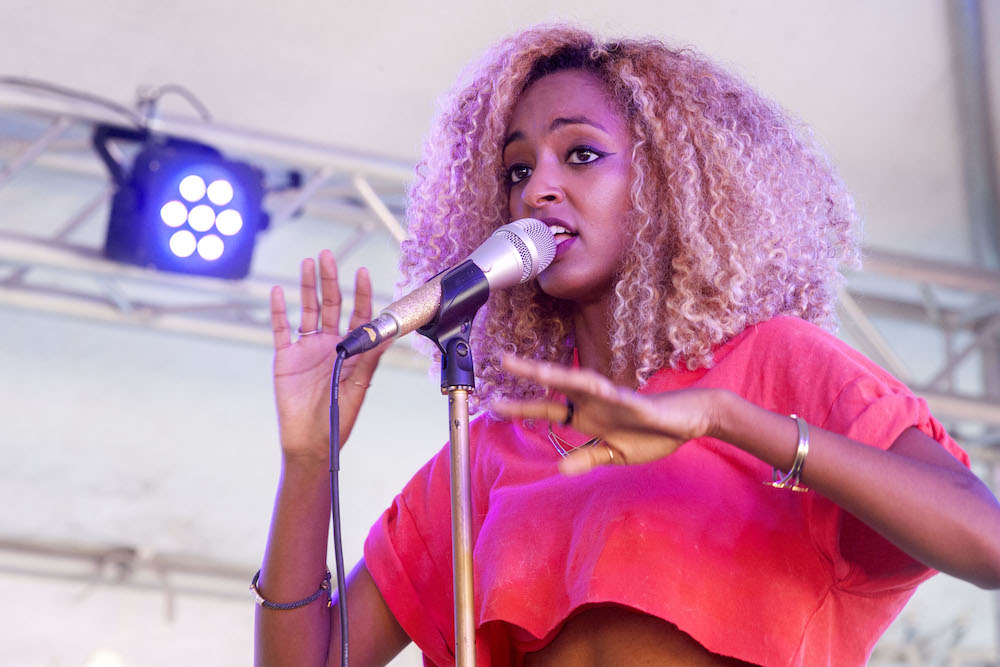 Melat’s musical output over the last 18 months expresses love, heartbreak, and yearning as part of a human experience that doesn’t stop for anything – even a pandemic with no discernible end.

“Over the past year and a half I’ve watched so many of us go through ups and downs that have revealed truths that we had neglected before the world came to a halt,” the young R&B vocalist tells the Chronicle. “I wanted to channel all of those feelings – both good and bad, but always honest – into songs, which led me to create ‘Happy Hour,’ ‘So Help Me God,’ ‘The Lesson,’ and more unreleased gems!”

July single “The Lesson” melds blues chords, classic choral refrains, and her trademark silky delivery to spark an old-school soul sensibility that’s continued to evolve since the UT grad debut in 2014 with her Move Me album.

Melat’s residency at South Congress vibe room C-Boy’s, running every Thursday throughout September, is an example of what makes Austin special: the perspectives of its native artists – even as Bay Area “techfugees” continue to put an Equinox on every corner.

“I’ve always strived to show a side of Austin that I never saw growing up. As a Black First-Gen Ethiopian-American native-Austinite woman making R&B music, my residency at C-Boy’s is another instance for me to highlight an underrepresented demographic of the city that raised me.”

Tops, Tiberius B [outside]