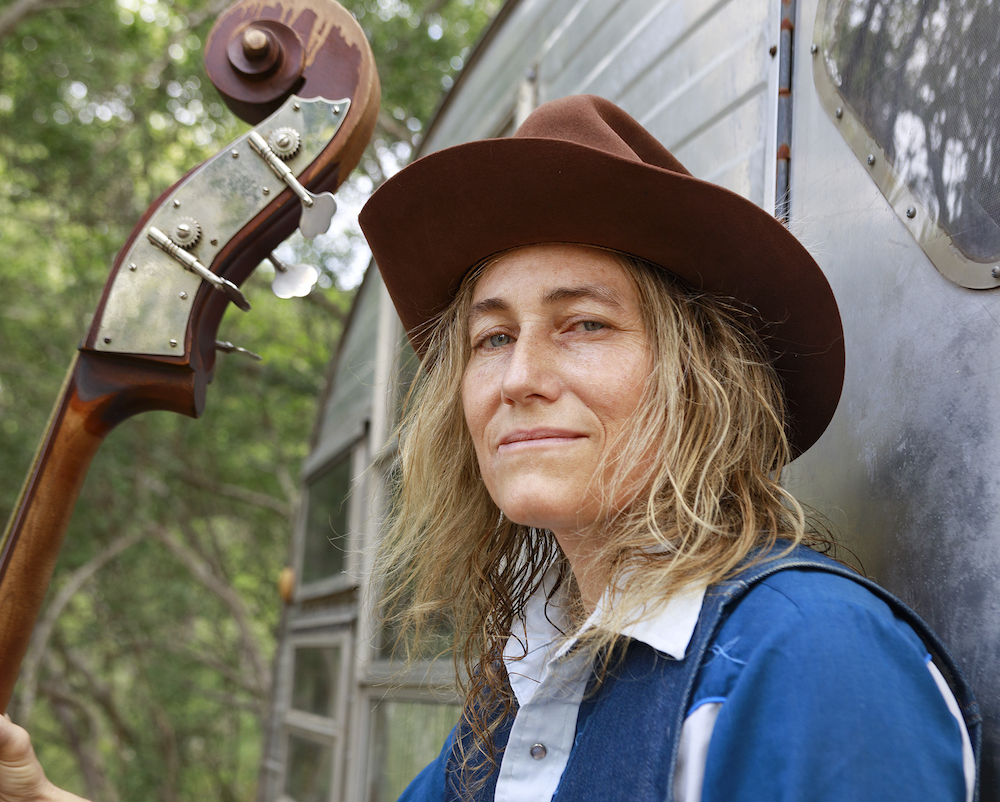 Melissa Carper’s musical sensibilities span every inch of a boot-scuffed dance floor, from Western swing and tears-in-your-beer country to blues-touched balladry and occasional R&B finishes. Ramblin’ Soul, her fourth release unveiled November 18, comfortably and neatly encompasses that range, rolling a sampler of Americana styles into a polished record that sounds wholly her own. Picking up where 2021’s Daddy’s Country Gold left off, the new collection showcases a broader and bolder sound for the specialist in upright bass, which serves as the record’s heartbeat.

If Daddy’s Country Gold firmly established Carper as a solo artist outside of the Carper Family, Ramblin’ Soul is a firm underline. The Nashville heavy-hitters of her past LP are back, as Andrija Tokic and Dennis Crouch co-produced the new record; and a who’s who of Nashville musicians fill out the compositions: Chris Scruggs, Lloyd Green, Billy Contreras, and Jeff Taylor. Despite her wallflower tendencies, Carper’s effortless, genre-bending, and commanding-if-ethereal soprano – which earned her the nickname HillBillie Holiday – is the real star of the show.

Despite her ongoing ties to Music City, Carper returned to Austin, or just outside of it, in fall 2020 after a six-year break. We reap the benefits: A few days after she performs and signs Ramblin’ Soul records at Waterloo, starting at 5pm, she’ll take the stage at Stateside at Paramount next Friday, December 2.

The Wheel Workers, Roominghouse Madrigals, Thanks Light [inside]