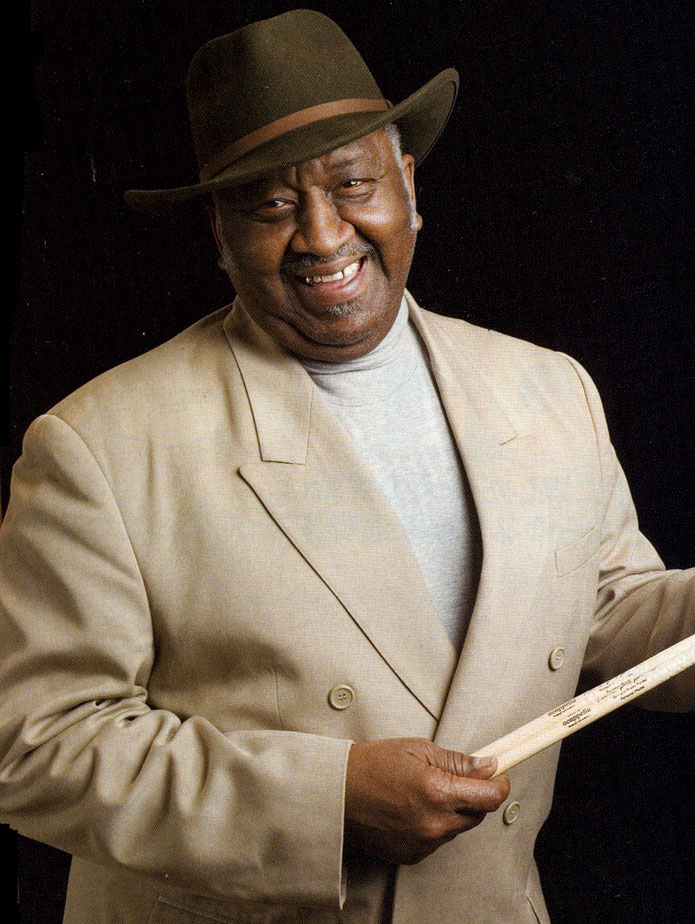 One of the most prolific drummers the world has ever known, Bernard “Pretty” Purdie will share secrets of his signature shuffle in a daytime clinic, then join organist Ike Stubblefield and guitarist Grant Green Jr. – son of the Blue Note soul-jazz giant – in a trio later that evening.

“Trios with organ players, I was doing that by the time I was 12,” declares Purdie from his home in New Jersey. “There isn’t an organ player out there I haven’t played with, including Jimmy Smith and Jimmy McGriff. It’s one of the best formats because everyone has to be aware of each other. There’s no running away. It’s a combination that works because we’re all listening to one another, and everybody has a part.”

The human metronome, who celebrated his 80th birthday this month, served as music director for Aretha Franklin 1970-75, a period that includes her live gospel-soul masterpiece, Amazing Grace.

“It’s still one of the most wonderful performances by anybody because this lady … ooooooh, she sang. It’s spiritual, it’s gospel, it’s funk, it’s R&B, it’s pop. It’s got every ingredient. It’s got the spirit!

“She preached in rehearsal. Not just normal soul preaching, she preached! I’ll never forget it. I know her father was a preacher, but he did nothing compared to what she did in rehearsal. There wasn’t a dry eye in that church, and this was just at rehearsal!”

“I don’t try to force artists to be like other artists. That’s been the secret of my success all these years.”