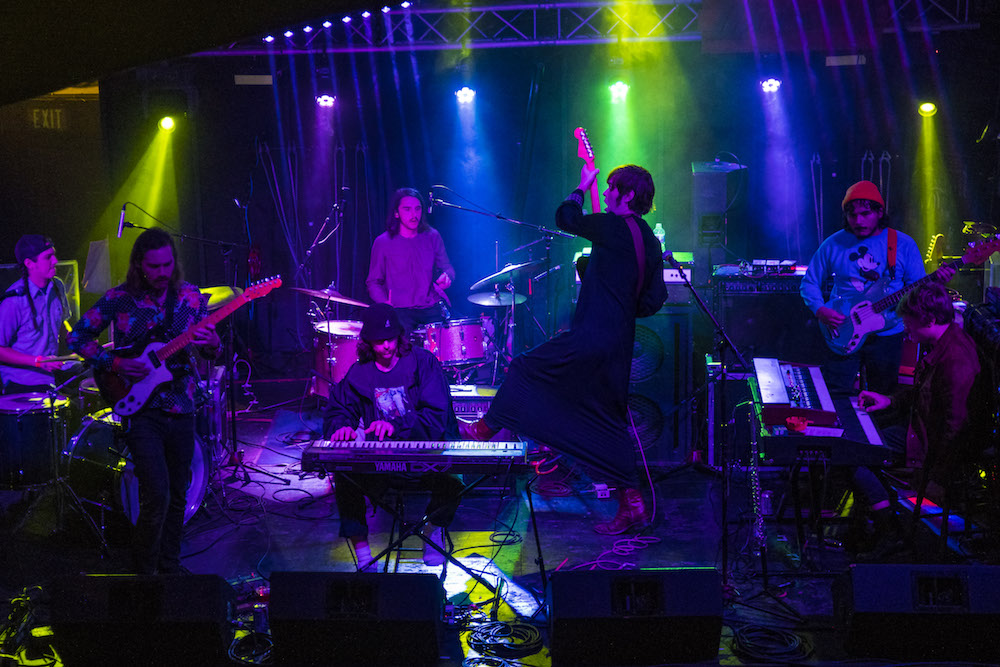 Atypical from any angle, NPNB’s performances commence with a flute-wielding frontman facing away from the audience, conducting his seven-member ensemble through an escalating overture like Leonard Bernstein on LSD. The ensuing ritual finds the double-drum unit firing fast fuzz riffs to the rally cry “Dosing the President,” then summoning the Age of Aquarius via 12-string guitars and compounded time signatures on “Pity in the City.” The 11-month-old ATX project strings together prog, psych, and cloud pop with dark whimsy reminiscent of Alice Cooper outlier Pretties for You or early Mothers of Invention, minus the satire. – Kevin Curtin
Barracuda
611 E. Seventh
barracudaaustin.com, events@heavenorhotburrito.com
Share
Tweet